Russia Is Changing Its DNA 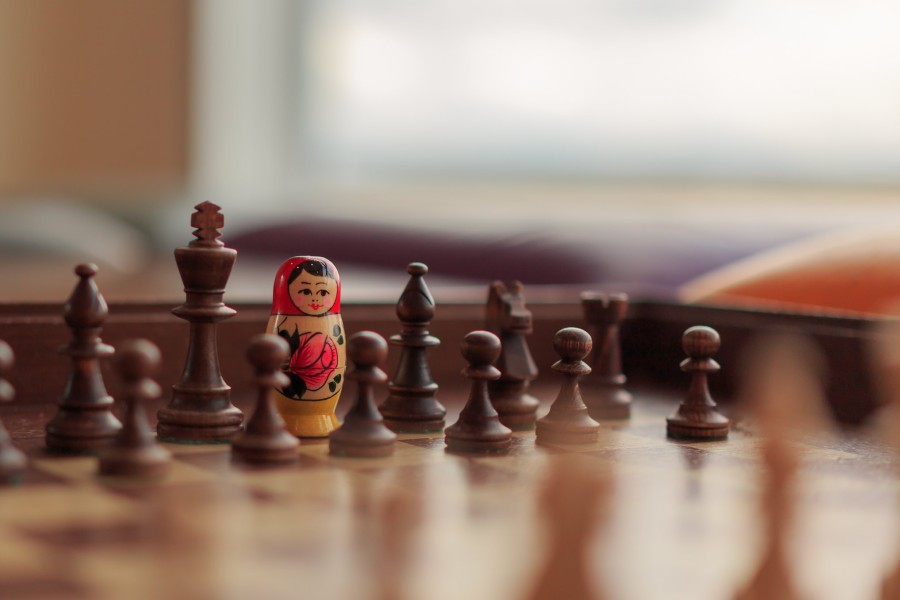 Photo: Missionaries of the “special Russian way” assert that “highly organized states do not exist without a higher ideology.” Photo: Valerian Guillot, Flickr, CC BY 2.0

The Constitution of the Russian Federation, Article 13

The Constitution of the Russian Federation protects pluralism, not only in the sociopolitical sphere, but also in the sphere of science and education. Protecting students from indoctrination and professors from ideological dictatorship has always been understood as the fundamental freedom of higher education.

This freedom is being directly threatened by the imposition of a unified ideological policy, “The Foundations of Russian Sovereignty,” across universities.

The Right to Be Excepted from Rules

Every authoritarian regime desperately needs to justify its right to exceptions from general rules, especially rules of democracy and human rights. To that end, these regimes undertake a variety of possible ideological projects that are focused on “the national idea,” which is called “national ideology.” Moreover, the creators and missionaries of the “special Russian way” frequently assert that “highly organized states do not exist without a higher ideology,” and that those who deny this are “deceivers and hypocrites.”

This desire to explain-create-invent an old conception of the “special Russian way” appeared particularly clearly after the protests of 2011–2012. At that time, the authorities began to expend more resources on the “mobilization of intellectuals who are ready to take on privileged positions as the ideological architects and protectors of conservative values.”

“Traditional Values” as a Law of Direct Action

In 2013, the idea of the special Russian way was proclaimed in President Putin’s address to the Federal Assembly. Specifically, he stated “our position on the protection of traditional values, which have constituted the spiritual, moral basis of civilization for thousands of years.”

Such a policy of “protecting traditional values” from the “destructive influence of the West” threatens free science and mobilizes conservative-minded intellectuals to persecute dissidents.

These same intellectuals have constantly discussed the idea of creating a national ideology that “… actually does not prohibit the formulation of state ideology…” At the same time, they have reservations: they say that “state ideology” is the “ideology of ruling parties,” which means that it can theoretically change.

Despite these reservations, following the approval of the so-called constitutional amendments, traditional values practically gained “the status of laws of direct action… Respect for these values, supporting and protecting them, became a mandate for all citizens of the Russian Federation.”

“The DNA of Russia”

The policy of protecting and promoting “traditional values” and the “special Russian way” will also be implemented through the system of higher education.

At the request of the president, the “DNA of Russia” project was created by the Commission of the State Council’s expert methodological council, along with the Ministry of Science and Higher Education of the Russian Federation in the field of “Science.” According to the project, it is necessary to develop a “holistic approach to the realization of state policies in the areas of education, higher education, and youth policies.”

An articulated goal within the scope of the project is the creation of an “alliance of humanitarian disciplines under the ‘DNA of Russia’ and the ‘Foundations and Principles of Russian Sovereignty’ program.” An estimated 100,000 teachers and more than 500 universities will be involved.

Essentially, this is the mass retraining of teachers within the framework of a completely ideological discipline.

The content and direction of the program can be assessed on the basis of its key implementers.

Alongside MGU, SPbGU, and HSE, a key implementer of the “DNA of Russia” program is the Expert Institute for Social Research (EISR), which was established in 2017 as the expert platform of the presidential administration.

Among the experts of this pro-government institute are the following songbirds of the Putin regime:

These experts have long promoted the idea of “special democracy” and the “unacceptability of Western thought to the special civilization of Russia.” Among the already published materials of this think tank are, for example,

A competition held recently by the EISR revealed the fundamental directions for the development of the “special way.” Government-supported scientific research is intended to

The main supervisor of the “DNA of Russia” project is Rosatom’s Andrei Polosin. He is viewed as the future head of the Department of Social Sciences at HSE. Polosin’s dissertation is dedicated to the role of regions in the national security system (he has no Hirsch index).

His position—and his intention to head the Department of Social Sciences—unequivocally demonstrate his desire to use HSE, along with MGU and SPbGU, as flagships of this ideological restructuring of Russian higher education.

Teachers at these universities actively participated in the discussion of a new ideological course at a conference held in Sochi in October 2022. More than 200 higher education teachers discussed the future content of the “DNA of Russia” program.

Direction. The general director of the Society of “Knowledge” outlined the direction of the program: the goal of preserving and developing the country’s historical-cultural heritage is relevant precisely “now, when an information war is deployed against Russia; when a war against our history, culture, and our heritage is being waged; when the collective West is trying to erase the prominent role of Russia in the formation of global science, the exploration of space, and the development of culture and art.”

According to data from Meduza, it is the Society of “Knowledge,” updated relatively recently, that will be responsible for the substantive development of the program and its content.

Content. Aleksandr Kharichev, head of the Office of the Russian President for Supporting the Activities of the State Council, spoke in detail about the content of the program. He identified three fundamental directions for the development of the educational and methodological policy “The Foundations of Russian Sovereignty”:

Curators. According to data from Meduza, the educational module will be divided into four blocks. The track record and reputation of the supposed curators of these blocks allow for sufficient judgment of their content.

Thus, the ideological project that stands before us

Belarus. An attempt to justify the “specialness” of national ideology and equate government and country was previously made in Belarus. In the early 2000s, instructors began to teach the course “The Foundations of Ideology of the Belorussian State.” It seems that the mandatory teaching of this course did not particularly assist Lukashenka’s regime in warding off dissidence in the system of research and higher education, but it certainly prevented their normal development.

USSR. Analogies to the USSR are no less obvious. The teaching of “Marxism-Leninism,” however, had already become completely ritualistic by Brezhnev’s time, although it hindered the general development of the social sciences in particular.

The ideological project that has been implemented in the system of higher education will inevitably lead to further degradation of humanitarian and social knowledge in Russia.

Another clearly asserted goal of the project is the “cleansing of science and education of ‘liberal malcontents.’” A report of the Izborsk Club harshly designates the enemy as “liberal bohemians and democratic schizophrenics oriented toward transnational centers.” They are “traitors, collaborators, marauders” with whom “no compromises are possible.”

It is precisely with the goal of “cleansing science and education,” writes Meduza, that mandatory certification in the new subject will be introduced for teachers. The goal is stated extremely cynically: “They will be required to pledge allegiance… It is understood that no conditional Ekaterina Shul’man or Grigorii Yudin should be in higher education.”

The new policy of “The Foundations of Russian Sovereignty” threatens not only to institutionalize ideological pressure, which has been sporadic until now.

It also institutes a ban on working for those who refuse to undertake—or who do not pass—the mandatory certification process. The new project is seen as an echo of the McCarthyistic practice of “seeking agents under communist influence” at American universities in the 1950s.