Russia: the Virus of Online Education 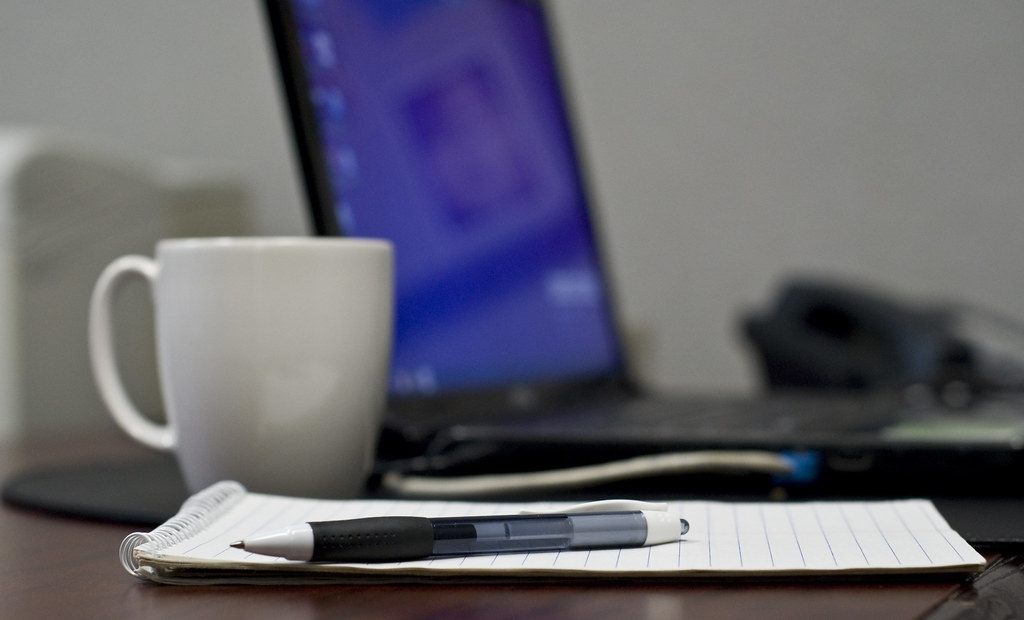 As part of a struggle against Covid-19, Russian universities have to change the education format – from face-to-face to online. While some educators are solving basic technical problems, others are already discussing the future of education.

Photos: A computer monitor turned out to be one more participant in the educational process for millions of Russian students and university instructors. (Free photobank, CC BY-NC-SA 2.0, bit.ly/3c8qZ5R)

Covid-19 has forced high school students and instructors to transfer to online education. This happened so suddenly that all pros and cons of the Russian higher education system immediately came to light.

Online as Necessity: How the Situation Developed

In Russia, the transition to online education was carried out quite quickly: already on Sunday (!) on March 15, universities received the order, signed the day before, from the Ministry of Education No.397, according to which all educational processes had to be transferred into “e-learning environment”.

This “unexpected” order confronted universities on the issue of providing students with the right to opt for an individual learning path or organizing all educational processes in the online format.

For example, at Rostov State Economic University (RSEU) 20 thousand students and a thousand instructors were supposed to go to classes but overnight by the Vice-Rector for Academic Affairs they were informed via social networks that since the next day the format of education at the university would be changed, as was immediately done.

A week after, Valeriy Falkov, Head of the Ministry of Education, announced that more than 80% of Russian universities switched to the online format. According to his report, only 4% of small regional universities faced difficulties caused mainly by poor, or not stable Internet connection.

As a contribution to help universities, the Ministry of Education posted on the website the list of 700 online courses.

How Do Universities Evaluate the Experience of “Forced” Online Education

Actually, instructors and students understood the order ambiguously. The situation is not as easy as described in the official reports.

Thus, in a Facebook group “Challenges of Education and Science” (Проблемы образования и науки) a survey was conducted to understand the situation in Russian universities in general. Several scenarios of how universities reacted to “online” changes were described and analyzed (10 days after the order, 170 respondents).

SMOLENSK. The most underfunded universities, as regional ones, had more difficulties. So, one instructor from Smolensk told about the situation at the university:

“We send assignments for students through the university website or social networks (that is more often), because the university website is constantly “in a coma”, and gives out a “504 error”. Students have to submit their written assignments. The format can be different, for example, a photo or scans of handwritten papers. At the same time, many universities in our city do not have online learning platforms at all; teaching is based on text materials with tests. All video broadcasts and video conferences that we use – the results of the pure enthusiasm of the teaching staff, who, by the way, do not feel any support from the university leadership.”

Note to say that the quality of the Internet connection for students remains a big problem – both in dormitories and at home.

PETERSBURG. St. Petersburg State University, which is one of the leaders in online education, seems to be experiencing certain difficulties in conducting online courses.

Some students of this university without embarrassment call online education “vacation”: “You only need to send assignments via mail or record answers and send them to an instructor as voice messages.” In reality, “we expect some productive actions from the university towards a special e-learning platform where lectures will be on, but it has not been done yet.”

This is confirmed by Maria (the name has been changed – D.D.), a student of the Faculty of Philology: “It reminds me of the old meme “Swim, sausages!” (it means ‘try to manage things and figure them out on your own’). We were only told that we were being transferred to online study and nothing more. The platform that exists at St. Petersburg University, called Blackboard, was not popular even in non-pandemic time and now it is not either in use. We cooperate with instructors individually, and all tasks that used to be oral now have simply become written.”

VLADIMIR. However, the situation is different in other universities. Professor Roman Evstifeev, the branch of RANEPA (Vladimir), told me about a successful experience of using students’ personal accounts that had started before the education became online. These accounts turned out to be very useful for organizing group work among students and for distributing learning materials.

As for video conferencing, everyone uses what they are used to – from Skype to Zoom. The main issue remains the assessment towards a knowledge progress.

MOSCOW. Russian Presidential Academy of National Economy and Public Administration (RANEPA) and National Research University – The Higher School of Economics (HSE) quickly adapted to online courses. Both instructors and students have in-time support, particularly those for whom this transition was much unexpected. Online lectures are recorded and published on the Internet. It seems that two groups – (1) the large universities and (2) Moscow / St.Petersburg universities are more successful than others in their adaptation to online education.

Many universities have survived due to their experience of working with part-time students, others – due to already existing experience of teaching online. For example, St. Petersburg Institute of Precision Mechanics and Optics (ITMO) has long used its e-learning environment with training materials and online courses. It just took video lectures.

Exceptions to the Online Rules

Finally, not all programs and courses – primarily practical ones – can be principally transferred to the online format. They are supposed to either be postponed to the next semester or to find a replacement for practices and labs (reports) that are part of them.

This is not always possible. ITMO, for example, states: “If some practices cannot be organized out of the classroom, then they will be carried out in class.” This is quite difficult to imagine, in particular in terms of strict self-isolation.

Questions about the Future

The unexpected transition to online education has raised a number of questions for academic community, they are:

There’s no evil without good. As Yaroslav Kuzminov, Rector of the National Research University – The Higher School of Economics believes that current classroom teaching is “education of yesterday”, because “even before the pandemic, no more than 15% of students attended lectures.”

Therefore, “an online course is a much more mobilizing education format than a standard lecture. It has more built-in assessment possibilities and knowledge gain is more stable. The advantage for students is that a course can be taken at any convenient time. In the column for RBC, the Rector noted that the future belongs to “distributed university”. We are approaching “universities who are integrators”, the universities that will issue diplomas based on online courses taken by students in different places.

← Previous: Viziers Wanted, Not Experts Next:Russia: Who Assesses the Quality of Education? →