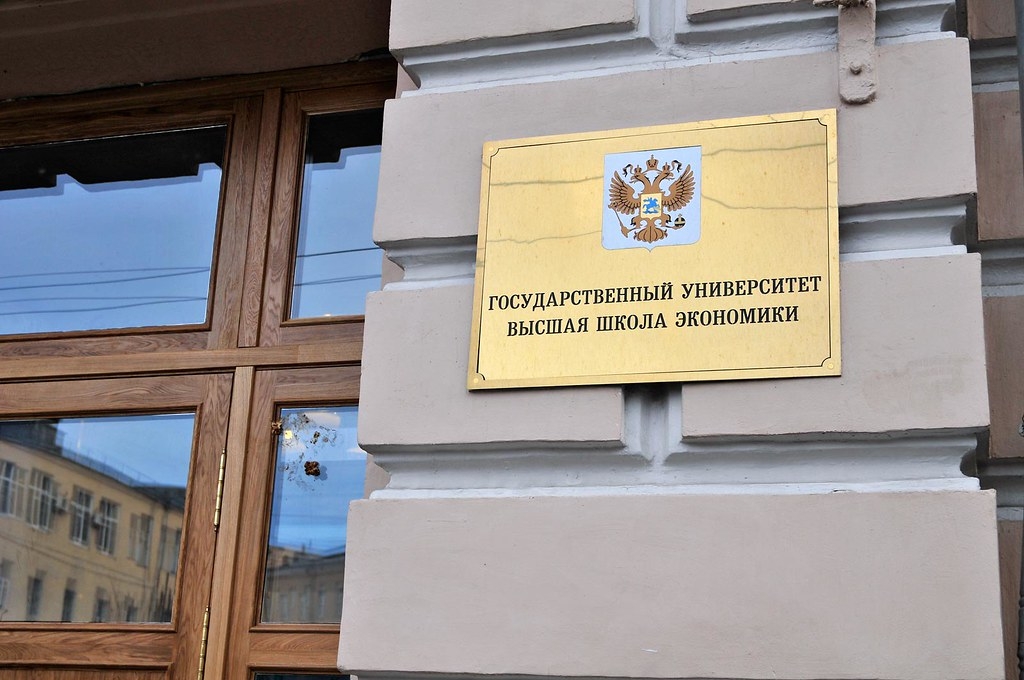 In liberal democracies, economists, sociologists, and political scientists take part in discussions of issues that are significant to society. In Russia, meanwhile, social scientists provide less and less expertise.

Photo: The Higher School of Economics is one of the key think tanks for the Russian government. (Free photobank, CC BY-NC-SA 2.0, bit.ly/2UModMM)

By definition, the social sciences, including economics, cannot exist in isolation from policy-making.

In liberal democracies, social scientists are part of the political conversation.

Political parties and the government involve them in discussions of the most significant public issues. When developing policies, social scientists and experts act as either “advocates” or “brokers” of knowledge—they either insist on a close approach to solving problems or help citizens and politicians understand who benefits and who loses as a result of a particular decision.

In authoritarian regimes, the role of social expertise—and the social sciences in general—is curtailed. There is no political struggle there, and freedom of speech is limited.

In democracies, researchers are recruited to

Here, it is the state that recruits researchers to provide expertise.

Due to a lack of political competition, parties are not interested in expertise.

The private sector has only a limited need for it due to the underdeveloped state of lobbying institutions.

NGOs are weak, lack financial resources, and have little involvement in policymaking, so their demand for expertise is also low.

In contrast to the Stalinist period, researchers in modern Russia participate in expert examination voluntarily.

For their work for the state, researchers receive decent compensation—significantly higher than what is paid for research work and teaching at universities. In addition, servicing the state increases the administrative weight of universities: they are allocated more funds from the budget, it becomes easier to get new land plots and buildings, etc.

The key Russian universities that help develop policy in the field of the economy and the social sphere are the Higher School of Economics (NRU HSE) and the Russian Academy of National Economy and Public Administration (RANEPA). Their administrative weight is very high.

Researchers are forced to pay for this by declining to participate in real examinations. They are more often invited to:

Having a stance of their own only makes an expert’s life more difficult. It is considered wrong if an expert both works for a government agency and criticizes its policies. Such an expert will be excluded from projects.

In general, as economists Konstantin Sonin (University of Chicago) and Georgy Egorov (Kellogg School of Management) showed back in the 2000s, dictators need not experts, but rather viziers—experts with greater loyalty.

For a vizier, competence is less valued than loyalty. He or she may have a mediocre level of competence, but his or her loyalty is beyond doubt.

Such experts are especially in demand by “information autocrats,” a term coined by Daniel Treisman (UCLA) and Sergei Guriev (Sciences Po). Their power rests not on “bayonets and Cossack whips,” but on the manipulation of information. Scientists help such autocrats to be seen in the eyes of the people as competent leaders who take the right decisions.

In the 1990s and 2000s, the best Russian economists—liberal-minded experts—performed various jobs for government agencies: they consulted, prepared expertise, and developed policies. They tried to be “technocrats” in power who did not concern themselves with politics but helped the government to take the right decisions.

This model results in expert knowledge working for the common good to a very weak degree. Politicians’ decisions are more influenced by the interests of the ruling elites and the apparatus than by researchers’ perspectives. Therefore, even local reforms have a very limited impact. As a result, researchers’ involvement fails to lead to an improvement in the quality of public administration.

Naturally, the targeted participation of researchers in improving the work of government agencies brings some results. But large projects—such as Strategy 2020, whose development drew hundreds of HSE and RANEPA scholars—are implemented only to the extent that it is beneficial for officials.

What Has Changed Since Crimea?

After 2014, the shaky consensus between the state and scientific experts was broken. Now, the state needs active loyalty.

In addition, the state has grown much more sensitive to criticism. Statements by scientists that would have gone almost unnoticed 10 years ago now provoke heated discussions in which politicians always participate. Sometimes, these statements even attract the attention of investigators.

Some of the most prominent Russian economists—Sergei Guriev, Konstantin Sonin, Sergei Aleksashenko, and others—now work abroad. Experts who collaborate with government agencies engage in self-censorship.

It is very difficult to predict what will be the next thing to annoy officials.

There are plenty of similar cases in the regions. There, it is even easier to lose a job at a university: one individual was fired for screening an Anti-Corruption Foundation film about Dmitry Medvedev for students.

Such stories perform a “signaling” function: firing one person makes hundreds of others more cautious while giving university administrators and FSB representatives who “look after” universities a sense of what is considered unacceptable today.

Russian universities are gradually turning into budgetary institutions. Rare exceptions to the rule are the small European University at St. Petersburg and Shaninka (Moscow Higher School of Social and Economic Sciences). The latter operates in a hybrid mode: it is autonomous, but at the same time dependent on RANEPA in various ways.

Attention to universities increased in 2017 as it became clear that the protest movement was getting “younger.” St. Petersburg University (SPbSU) became the testing ground for the new policy. Back in 2013—before Crimea—its employees were prohibited from giving comments and expert opinions without permission from the administration. It was not long before they began to fine students for participating in protest activity.

Quite often, it is not the “political statements” of researchers that cause irritation, but their expert analysis.

Crackdown on the Higher School of Economics

The Higher School of Economics has become the main platform for the struggle for university freedoms. The university tries to maintain an intermediate position:

The situation at the university began to deteriorate in 2014, when Viatcheslav Volodin became Head of the HSE Supervisory Board (in 2016 he was replaced by Sergey Kiriyenko) and rector Yaroslav Kuzminov ran for the Moscow City Duma and became co-chairperson of the Moscow headquarters of the United Popular Front.

In 2018, the Russian Transparency International (TI-R) cut ties with the HSE. As its head, Elena Panfilova, later explained, she was asked to disavow the investigations devoted to Marat Khusnullin, then a vice-mayor of Moscow who oversaw construction and transport. HSE had been supposed to receive new buildings and TI-R revealed a conflict of interest.

In 2019, Alexander Kynev, a leading specialist in Russian regional politics, resigned from the HSE and courses taught by the political scientist were removed from the curriculum. The Department of Political Science, with which he was affiliated, had been merged with the Department of Public Administration. To prepare political science students for “real life,” Alexey Chesnakov, who had worked a lot with the Presidential Administration and Vladislav Surkov, was invited to teach at the newly established unit.

In 2019, Elena Sirotkina also left the university: she specialized in studying participants in the protest movement, in particular supporters of Alexei Navalny.

After the protest rallies in the summer and fall of 2019, in which many students took part, student organizations stole the limelight. In December, Doxa magazine was excluded from the list of HSE student organizations: it had allegedly caused reputational damage to the university. Doxa criticized Valeria Kasamara’s run for the Moscow City Duma (she was not elected), started a crowdfunding campaign to pay fines on behalf of students against whom cases were opened, published problematic articles, and, on the basis of Dissernet materials, addressed the plagiarism issue.

In the fall of 2019, a scandal broke out around philologist Hasan Guseynov, who allegedly “insulted the Russian language and culture.” The Ethics Council recommended that he apologize and disavow the statements. Guseynov declined. Rector Yaroslav Kuzminov essentially endorsed the criticism of Guseynov’s remarks.

Finally, the Liberal Mission Foundation, which was founded by Yevgeny Yasin and had long had close ties with the HSE, was forced to gradually cut ties.

For social scientists, working conditions gradually deteriorated throughout the early 2010s, particularly after Crimea in 2014–15. A noticeable tightening occurred in 2019, especially after the August-September protests.

The tightening unfolded as follows:

The mechanism works like a vicious circle. Recent political developments related to the amendments to the Constitution may lead to new protests among educated citizens. This, in turn, will result in new restrictions on researchers and students.

Boris Grozovsky is a columnist and organizer of public lectures and discussions at the Sakharov Center, the Yegor Gaidar Foundation, and the School of Civil Education. He is also the author of the Telegram channel EventsAndTexts.