Is “Scientific Putinism” a Threat to Russian Universities? 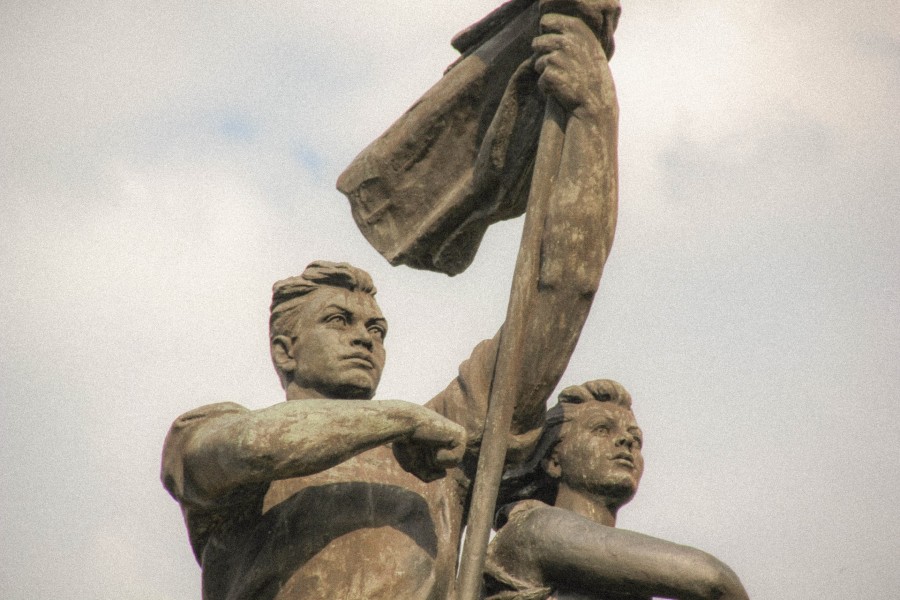 If demand for independent Russian social sciences even exists today, there is nothing on the horizon that comes close to meeting it.

Photo: In the later years of the USSR, ideology was more of a source of vulnerability and delegitimization than of strength. Photo by Trofim Ivliev, Unsplash

The current state of Russian domestic political life is often described as a revival of its Soviet past. In this sense, the future of academic freedom may be seen through the prism of complete ideologization of universities, mandatory courses that will be “more harmful than scientific communism,” and the replacement of education in the social sciences with ideological indoctrination.

However, there are at least two reasons why this prediction is most likely false.

It is much more likely that the content of curricula will change very little, while oversight will be limited to confirming the personal credibility of teachers, and not the ideological alignment of the courses they teach. Instead of a sovereign political science, what awaits us is a traditional, albeit sometimes censored, political science education.

I’ll try to explain exactly what I mean by this.

The USSR: A Project of the Educated and Convicted

The complete ideologization of the USSR’s educational system was made possible by the work of a large number of smart, educated, and convicted people. They created a more or less comprehensive theory of man and society founded on a Marxist interpretation of Hegelian dialectics.

Here we note, parenthetically, that some of the materials written within the framework of this project are considered genius today (among them the works of Boris Hessen on the social history of science and Vygotsky’s developmental psychology). The reputation of others has faded over the years, although by the standards of the time when they were written, they were the cutting edge of science.

The strength of Soviet ideology was precisely its all-encompassing character. Students studying political economy spoke more or less the same theoretical language as those studying aesthetics or philosophy of knowledge. From a purely practical point of view, Soviet Marxism was “teachable”—it offered a solution to the problems facing any department, enabling it to build a curriculum that:

Modern Russia: Demand with No Supply

If the demand for a “teachable theory of everything” with a national face exists today, there is nothing on the horizon that comes close to meeting it.

Vladislav Surkov says that the world is studying Putinism, but does not even attempt to define what this is.

Sergei Glazyev and Mikhail Khazin are known for their macroeconomic outlooks, which basically boil down to the inevitable collapse of the dollar, which the insidious Anglo-Saxons are trying to delay by playing dirty tricks on Russia and the rest of the world. However, while in the field of economic policy one can try to draw some conclusions from this prediction, in the theoretical sphere, neither author offers an alternative to the standard macroeconomics taught from translated textbooks.

A course on “Glazyevian macroeconomics” would be impossible to stretch over the span of a semester—at most, you could give one lecture on it at the end after presenting the ideas of Keynes and the monetarists. But students of economics must also be taught microeconomics and econometrics, as well as applied courses like finance theory. As a result, they will have to study a strange mixture of Anglo-Saxon economics through their professors’ retellings and patriotic teachings, which, in this framework, are doomed to be viewed as foreign.

“Orthodox sociology.” Even if someone with considerable resources decides to take on the task of creating a sovereign space for the sciences, their solution will not inspire hope. This is clear from the example of the former dean of the sociology department at Moscow State University, Vladimir Dobrenkov, who tried to coin orthodox sociology. The textbooks published under his name were still 95% heavy-handed retellings of English-language textbooks, to which, on the final pages, the author somewhat mechanically appended his thoughts on those topics that occupied his thoughts, such as the decline in religiosity as a threat to national sovereignty.

The Difficulties of Import Substitution

A similar picture can be seen among Russian political scientists. In a survey conducted at the end of 2021, there was not a single Russian name among the 25 authors of works most often cited as models of political science analysis. That being said, the political scientists interviewed were generally very well-intentioned and agreed that they should be careful about preserving national traditions in their field.

Despite the apparent simplicity of the task, there was no substitute for imported theory.

Theoretically, one could try to revive the Soviet project. However, given its anti-capitalist and anti-imperialist pathos, it is almost more seditious in modern times than are rewritten Western textbooks.

In addition, social science teachers must contend with students who are mostly pragmatically oriented. They are unlikely to agree to exchange applied finance for the political economy of socialism.

Perhaps the only person to have threatened to create a comprehensive ideology on the same scale as the Soviets is Alexander Dugin. However, a single look at his proposed alternative is enough to cast doubt on its chances of success in the educational system.

Not even because it runs counter to the entirety of “Western” sociology—in this day and age, that could only be considered a virtue. Quite simply, most teachers are unlikely to be able to read it or retell it to their students.

How to Nationalize the Educational System

The real scope for nationalizing social science education is limited to removing problematic topics from the courses:

Plus the addition of a general ideological course, similar to the one through which students in the Republic of Belarus have had to suffer for many years. Such a course promises to be made up of barely related topics:

The Strength of Ideology as a Weakness of the Regime

Fragmented ideology is not necessarily a weakness of a political regime. In the late Soviet Union, the political tradition that insisted that the Soviet state was the practical implementation of a comprehensive scientific theory was a source of vulnerability and delegitimization rather than of strength.

Sociological predictions such as the absolute deterioration of the working class in capitalist countries or the blurring of the lines between city and country life in socialist countries ended up transpiring in almost the exact opposite way. Sacred texts of the Marxist tradition became obsolete. Teachers of ideological courses in non-core specialties had to endure this as they listened to the chuckles of physicists forced to study Engels’ Dialectics of Nature.

In this sense, if USSR 2.0 wanted to learn something from the experience of USSR 1.0, it would have to become “non-ideological.”

Does this mean that specializations within the social sciences are not under threat of political control? Not entirely.

Instead of defining the content of the courses, the powers-that-be can instead monitor the attitudes held by those teaching the courses to ensure that they interpret the material in a politically sensible way, or at least keep seditious thoughts to themselves.

This kind of control can be built according to the system of “ascribed responsibility.” The supervisor is responsible to their higher-ups for the political failures made by their subordinates: the head of the department is responsible to the dean for the failures of teachers; the dean to the rector; the rector to the governor, ministry or law enforcement agencies. At the same time, deans and rectors assume liability for all teachers.

Supervisors at all levels are interested in ensuring that their subordinates do not fail. This means that they are inclined to hire only trusted personnel and preemptively dismiss disloyal ones. This results in self-censorship from the bottom up as everyone tries to guess what might displease the higher-ups.

This system of surveillance is rather chaotic. It is never entirely clear what the head honchos will or will not like, and in any case, the head of the department can hardly stand at the door of each classroom to make sure that taboo topics are not discussed.

In many respects, the effectiveness of this “ascribed responsibility” depends on the willingness of the “lower classes” to alert the “higher-ups.” So far, we do not see evidence that social scientists are ready to report the ideological misconduct of their colleagues en masse. However, the administrators’ desire to insure themselves against such risks may lead to the dismissal of potentially disloyal employees, even if they have not yet been reported.

In lieu of total ideologization, Russian universities may expect to see monitoring on a more personal level in order to get rid of those who raise taboo topics or are seen as part of the opposition.

In this context, the role of ideological courses will be to identify personnel who are both insufficiently loyal and principled enough to fail the test.

That being said, there are no foreseeable restrictions on class topics outside of “the approved list.” The future awaiting Russian scientists is one of selective silence, not mandatory participation in the choir of voices exalting the one true doctrine—which no one will even bother to come up with for them anyway.

Mikhail Sokolov is a sociologist.