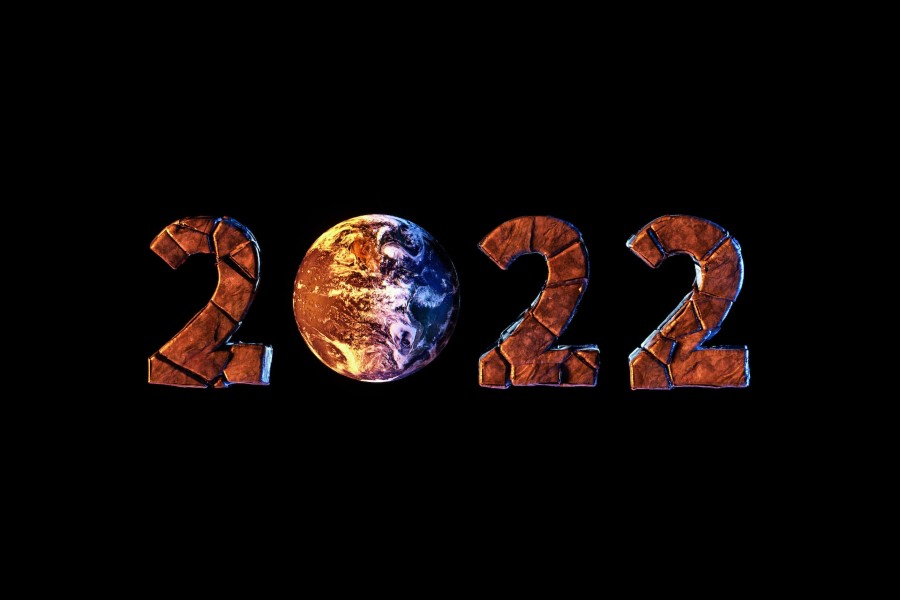 February 24, 2022, marked the beginning of a catastrophe for Russian science and higher education.

Photo: The most resounding trends of 2022 will only continue as long as the war rages on. Photo by 愚木混株 cdd20 on Unsplash.

At the beginning of the year, we discussed the problem of harassment in Russian universities and noted that male chauvinism—alas—continues to be a key component of Russian higher education.

Also in January, we published a piece on how meaningful teacher participation in university-wide decision-making processes is falling.

The outbreak of war compounded these issues, making them even more severe.

No Freedom to Teach

Professional ban. In previous years, research organizations fell under the clearly discriminatory “foreign agent” law, but teachers were almost never included in the ranks of foreign agents. Now, a number of teachers and scientists have been classified as foreign agents. Among them are the political scientists E. Schulmann and V. Kovin; the philologist Y. Galyamina; the sociologists V. Vakhstein, B. Kagarlitsky, and I. Yasaveev; and the author of this text.

Under amendments adopted at the height of the war, as of December 1, “foreign agents” are no longer able to teach in Russian higher educational institutions. A berufsverbot, notorious from the Cold War era, has been introduced—a direct professional ban.

Liberal arts. Practitioners of the humanities as a whole are under even more serious pressure. In 2022, the remnants of liberal arts in education were finally eradicated. In fact, the first liberal arts faculty, the Smolny Faculty of Liberal Arts and Sciences, was dismantled. The same faculty at the   was renamed and, in effect, ceased to exist.

Contact with the West. Inside many universities, contact with the West has been banned outright. When preparing for a regular online conference, the author of this text came across Russian researchers referring to a direct ban on public communication with foreign colleagues—under threat of dismissal.

The draft. The vagueness surrounding the military draft has been an equally effective instrument for exerting pressure on professors. In December, it was announced that doctors and candidates of sciences were exempt from the draft. However, this exemption does not apply to all scientific and educational organizations.

This uncertainty regarding military mobilization gives the university leadership another tool of control and intimidation for eliminating not only anti-war statements, but any expressions of discontent, primarily by those employees subject to military service.

Abolition of gender studies. Already affected by the conservative swing, gender studies have been more heavily persecuted than ever before since the outbreak of the war. After establishing liability for the publication of “LGBT propaganda”—now targeted at media for adults, and no longer just children—reports of violations of academic freedom of speech began flooding in, such as the retraction of an article solely on the basis that it allegedly violated the law prohibiting propaganda. The Council on Publication Ethics noted in a statement that “scientific research cannot be equated with propaganda.”

At the same time, it is forbidden to sell books containing “propaganda,” including scientific ones. An instruction to “cleanse libraries of LGBT propaganda” has been issued.

We must acknowledge that in Russia, there is now direct censorship throughout this entire branch of scientific study.

No Freedom to Learn

The draft, which started in September, demonstrated once again that neither students nor teachers are safe from the whims of enlistment officers. Toward the end of the year, the situation regained a certain sense of normalcy as they stopped desperately enlisting students.

The planned project to create a mandatory course for all students on the “fundamentals of Russian statehood” is a direct violation of the freedom from indoctrination in the educational process and the principle of ideological pluralism set forth in the Constitution. As part of the new project, students of all disciplines will attend courses aimed at combating the “information war against Russia.”

Direct interference with the freedom to teach will affect the fields of sociology, history, and political science. In fact, it is a return to a new stage of “Marxism-Leninism,” “a truly scientific doctrine,” in this case designed to “scientifically” substantiate and promote the idea of the “special Russian way,” as well as the “justice” of the military operation in Ukraine, among students.

The Ministry of Education launched an initiative dedicated to Russian aggression: lectures on the history of Ukraine and the “fight against fakes” began to be given in universities. Despite silent resistance to—and even sabotage of—such initiatives by teachers and students, these lectures continue to be organized with the active support of the university leadership.

Proponents vs. protests. Despite the risk of criminal prosecution, students continue to protest, create communities, and hold anti-war demonstrations. However, pro-war initiatives—such as the White Raven, a militaristic student union created at the Higher School of Economics—are gaining prominence in the public arena. The latter alliance actively supports the war and even sends drones to Russian troops.

Meanwhile, the search for “traitors” in universities is intensifying. For example, an MGIMO student created a group called “ ,” which he used to publish the names and statements of “pro-Ukrainian” teachers and students at his university on social media.

A heavy blow to science and higher education was dealt by Russia’s exclusion from the Bologna Process and the break in institutional cooperation with the most developed countries of the Western world. This led to the destruction of ties developed over many years. Long-term projects to which many researchers on both sides of the border had devoted their efforts were either shut down or frozen.

In fact, Russian science and education are undergoing a process of deinternationalization. The institutional boycott announced by the leading countries in the scientific arena (with the exception of China) has led to the isolation of all Russian sciences and higher education.

Previously, this was implemented at full force by universities in occupied Crimea.

A Year of Emigration

The ruthlessness of the Russian justice system, the lack of opportunity to fight repression via legal means, and the inability of many researchers to continue to live and work as before led teachers and researchers to start leaving the country en masse. As Oxford University professor and mathematician Natalia Berloff said, “The Chertanovo Police Department has done more to promote brain drain than the entire foreign scientific diaspora.”

According to various estimates, hundreds of thousands of—and up to a million—people left the country. Of these, approximately 15 percent are researchers and university professors. It is important to note that many of those leaving were part of international projects and had high levels of expertise; therefore, their departure will significantly impact the prospects for development in their particular areas of study.

Students and teachers who have left the country are trying to continue their work abroad. They are creating support networks and launching new educational and research projects. Among these are the  , which were created even before the outbreak of the war.

Groups of social researchers—including both those who have left the country and those who have stayed—are actively organizing through Telegram channels.

Those who, for various reasons, decided not to leave and are now trying to survive live under conditions of censorship and self-censorship, and are actively using all kinds of allegorical language. In a number of cases, “improper” topics and names of entities forbidden by officials (for example, “foreign agents”) have been encoded in order to defend a specific dissertation.

Teachers and students who remain in Russia are developing unwritten conventions: what to avoid, which words not to use, how to protect themselves from ideologization through joint sabotage, and so on.

All these changes are strongly reminiscent of the Soviet Union during the late 1970s and early 1980s.

The most resounding trends of 2022 will only continue as the war rages on and the Russian regime remains a personalist dictatorship.

The question of to what extent we can preserve the remnants of free academic science within Russia itself, using essentially Soviet methods of indirect combat and sabotage, remains open.

Dmitry Dubrovsky holds a PhD in History and is a research fellow at the Center for Independent Sociological Research (St. Petersburg), a researcher at the CEU Laboratory for Academic Freedom, and a member of the Human Rights Council of St. Petersburg.