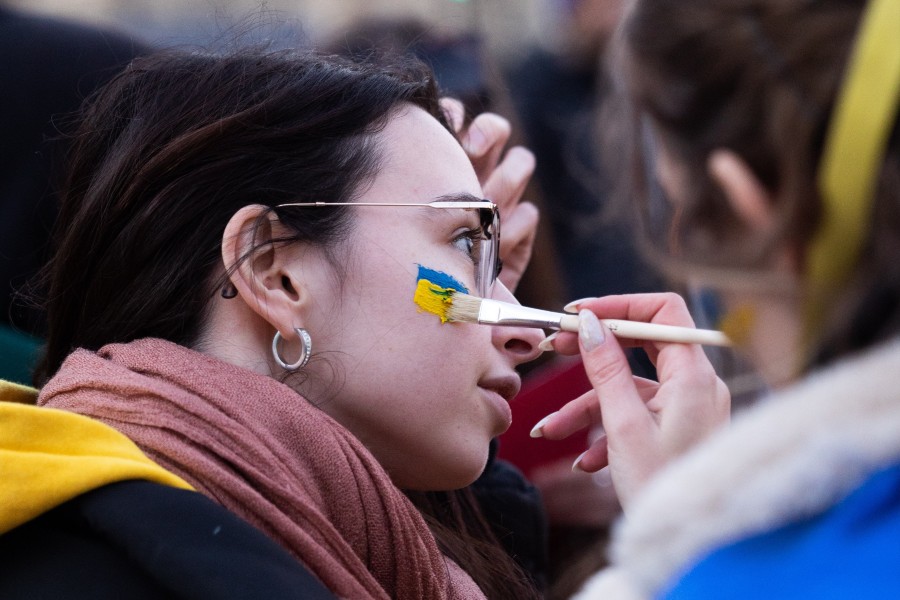 The actual level of anti-war resistance in Russian universities is difficult to evaluate. This is our attempt to understand what trends exist.

Photo: Students’ actions aim to shatter the illusion that the university community unanimously accepts what is happening. Photo by Cédric VT on Unsplash

The Rectors’ Union Is in Favor

There is a polarization in attitudes toward the war among the Russian academy.  In the first week of the war, university communities in Russia began to express in open letters that—with rare exceptions—they were against the war.

(Read more about this in “War and Academic Peace”)

Most often, the decision to express support was made solely by rectors without discussion either with academic councils or with students. In rare cases, academic councils subsequently decided to stand with rectors.

Nevertheless, we should not forget that a large number of those who want to continue their studies are leaving the academy over external issues related to the war.

Pressure from the Top

Pressure on students and teachers detained during demonstrations is becoming the norm. The DOXA journal has documented this process (both the start and the continuing saga). In some universities—mainly technical, pedagogical, and medical ones—expulsions and dismissals happen as soon as the university administration learns that a student or teacher has been detained.

In most cases, however, it is not possible to expel students quickly and imperceptibly. The community rallies, writing open letters in defense of those who have come under pressure. Some groups enlist the help of lawyers to contest an unfair decision.

As we have learned, after talks with the “guilty” in the first half of April, the university administration took the decision not to expel anyone to avoid the marginalization of students who advocate for the war. For example, St. Petersburg State University decided not to expel 46 students detained at anti-war rallies.

Since the outbreak of the war, rectors have become more concerned about their universities’ reputations.  The rectors of Tyumen and St. Petersburg State Universities made similar statements. This is another attempt to control representatives of the academic community outside the university and may be a reaction to collective anti-war letters.

For example, a number of changes were made to the Rules of the North-West Institute of Management (a branch of RANEPA). Among such changes are a ban on expressing opinions on social networks as the position of the university and a penalty for participation in any political activity on university territory.

According to the requirements, one’s university affiliation is not allowed to appear under any statements published on a social network. One’s place of study and work are to be deleted from all social media profiles.

However, we are not aware of any cases where sanctions have been imposed for violation of this requirement.

What Does “University Outside Politics” Mean?

At the rhetorical level, there is a struggle to bring meaning to the notorious slogan “university outside politics.” It has long been used to stamp out any student initiative unwanted by the administration.

In the current situation, we see that this slogan is used for two purposes:

In both cases, the expressed position is perceived as political.

The president’s decision has turned out to be so difficult that support for him is already perceived and described as openly political—not as a career-related action, as it was previously considered.

At the same time, some university representatives are insisting that the university should be a non-political place. It should be a place where people are allowed to express different opinions. One example is an open anti-war letter by the community of the Ural University of Architecture and Arts to Moscow State University.

A Fight for Symbols

Today, those who want to preserve the traditional university lifestyle find themselves on the same side as pro-war administrations.

There are constant reports of propaganda lectures about the war, relations between Russia and Ukraine, and responsibility for spreading “fakes.” Propaganda films are rarely shown. Thus, the “continuity of educational and scientific processes” now exists in parallel with events and meetings held at the request of university and faculty administrations.

Participation in these “forced” meetings has a negative impact on the tolerance of student communities. For example, initiatives placing signs of military aggression on university buildings have already faced resistance from students.

Students actively try to enliven the university space: every day they post leaflets or organize non-standard (inventive) political rallies. Their actions seek to shatter the illusion that the university community unanimously accepts what is happening.

This fight is taking place at the level of symbols. However, some reactions by university administrations show its necessity and effectiveness. Each action on the part of the administration has the potential to become a reason for students’ consolidation—and the more outrageous the action, the more obvious the rally.

Endless guided lectures and films are events that are necessary exclusively for reporting. In our opinion, the share of students who want to attend these events “for show” will decline. It would be logical to prohibit such events during the academic year.

The Strengthening of Student Communities

It is not easy to determine the actual level of anti-war resistance at universities.

Not everyone considers it necessary to talk publicly about what is happening at universities. Nor can every action against the “normalization of war” be recorded.

Discussions. Since the invasion, in the student environment, some questions have been raised, mostly reflecting on (1) what is happening, (2) what future the country can expect, and (3) what will happen to Russian science. Some teachers have included topics related to the war in their courses. Among students, the reasons for discussing these issues—especially the uncertainty of the future—are not always clearly formulated. Classes are not always a good platform for open discussions; additional classes and meetings are needed to serve these purposes.

A salient case is the decision of two professors at St. Petersburg Humanitarian University of Trade Unions to resign following denunciation by a student.

Student Communities. In this situation, strong communities are essential. In those universities where communities were organized and already had institutions (mainly student councils or the media), pressure on students has been less and the war has met with constant resistance from the student community.

But such cases are the exception. We have happened to face the war without institutions and practices of self-management. Their absence is part of the problem, but their creation can serve as a tool for confronting the challenge properly.

Alternative State Service. The best way to avoid being on the front lines during fixed-term service is to avoid fixed-term service. Today, part of the work to build safety nets entails helping as many students as possible get referrals to an alternative state service. We encourage disseminating information about this option among students eligible for military duty.

The knowledge that expulsion does not necessarily mean being conscripted into the army will help students to be bolder in the face of expulsion, which is the main instrument of pressure wielded by the administration.

Most existing student initiatives are reactive. We believe that such initiatives, which have emerged as a reaction to unacceptable actions on the part of administrations, need not be brought to an end when they have achieved their first goals.

New goals are needed to positively transform the university. Among such goals might be:

Ultimately, our anti-war resistance faces this question: What should a real university be like? 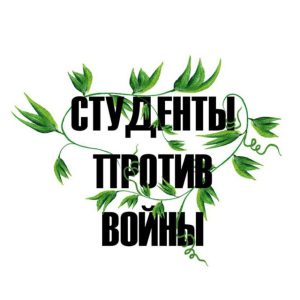 ← Previous: We Will Be Published in Russian… but What and Where? Next:The Ivory Fortress →