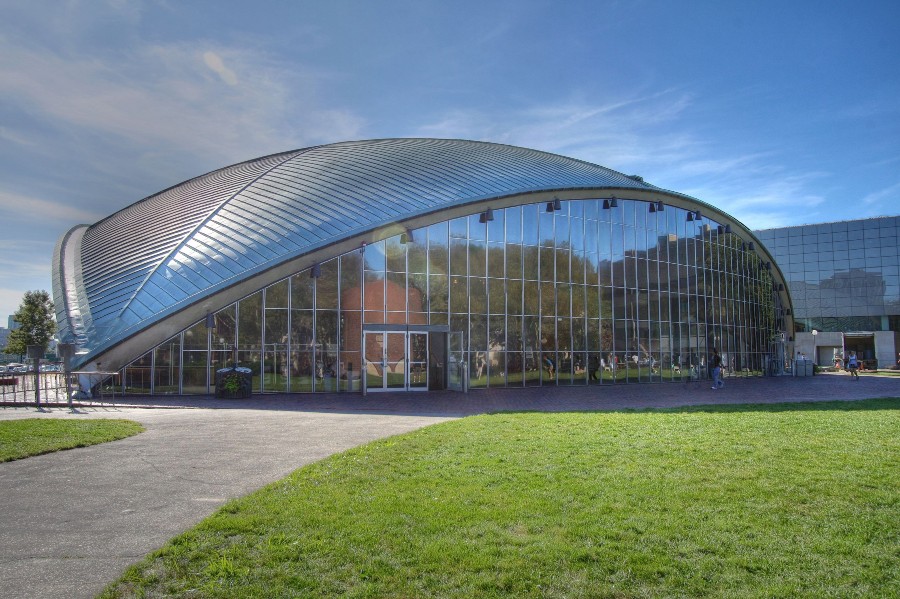 University cannot help its community if it itself needs help. How to defend itself?

Photo: Plato, perhaps, could imagine an institution like MIT, but would not be able to see it built. Photo: Madcoverboy (talk), CC BY-SA 3.0

Legend has it that Nalanda, a Buddhist monastic university which operated in India from the 5th to the 13th century, was burnt three times, but rebuilt only twice. This is but one of the beads in a long necklace of tragic institutional histories of universities worldwide.

Nalanda University, ancient Nalanda’s modern successor, opened its doors in 2014. It is a large-scale international project, which, regardless of its future success, sends a powerful message: we can restore what we have lost.

In 2022, because of Russia’s invasion, more Ukrainian universities have come into direct danger.

In the same year across the border, over 700 Russian and over 50 Belarusian universities entered an era of isolation and fear. While we can restore higher education institutions, we cannot protect them.

During the last decade alone, scholars and universities from Afghanistan, Ethiopia, Yemen, Myanmar, Turkey, Hungary, Belarus, Ukraine, and Russia among others, have issued calls of distress.

Higher education is fragile and must be protected from threats to its ability to do what it does best: to pursue knowledge. Moreover, university protection should occupy as big a place on the international academic community’s agenda as the issues of quality assurance or access.

Yellow and Green Zones. This concerns every higher education institution, not just the universities that are currently in trouble. Higher education worldwide is fundamentally insecure from politically-induced risks, as a conflict can arise in any state. “Yellow zone universities” are the ones potentially, but not actually at risk, and “green zone universities” are institutions with no signs of trouble on the horizon. The former are situated in tumultuous states with recent or looming conflicts, and the latter operate in full democracies with no current international disputes. Even those two groups seem safe, they should still think about ways to increase their security.

In the quote, attributed to Rumi, a Persian poet, the wound is the place where the light enters you. The current conflict in Eastern Europe exposes threats universities face and how different elements like community outreach, university autonomy, institutional security, and internationalization fit together.

Understanding the consequences of the conflict is the first step towards modeling new ways to strengthen universities.

The second step would be actually making changes to how universities think about their safety.

The Ivory Fortress is a protected university-sanctuary, a special mode universities switch to in times of need. What would enable it?

First of all, scenario planning should become a required and serious undertaking for any leadership team. It is surprising how many higher education institutions never plan for negative scenarios.

I have recently talked with an expert on higher education in one of the countries I am working with. She lamented: “The pandemic has taught us nothing! Now the war in Ukraine is teaching us nothing!”.

Defensive walls should be built before an attack. Every university should invest resources into planning future scenarios.

This is where contingency plans come in. Few universities have a dedicated fund for institutional emergencies, but it seems a prudent investment. So would be signed agreements with a fair number of national and foreigh institutions ensuring help in the times of need.

These are only starting points. The more vulnerable a university is (the more politically active, the closer to potential zones of conflict, and so on), the firmer and more detailed should contingency plans be.

Finally, university capacity building is not only a good in itself, but is also one of safeguarding mechanisms. Impactful institutions can call in more favors and mobilize more resources. What makes universities stronger? The list is potentially endless, but three levers stand out.

A truly protected university is not just international, but global. It can uproot quicker, taking its operations to a safer context. It can be argued that higher education institutions are local, “anchor organisations” or national projects. However, there have been cases of evacuation in order to preserve universities’ identity and knowledge since the beginning of their history (the Oxford University’s scholars fleeing to other cities, including Cambridge, in the Middle Ages is an early example).

In the end of the day, a higher education institution cannot help its community if it itself needs help.

Apart from a few isolated cases, a global university is still more a dream than a reality, and so is a secure one. However, higher education keeps transforming.

Plato, perhaps, could imagine an institution like MIT – Massachusetts Institute of Technology – (I certainly would not want to underestimate Plato!), but would not be able to see it built.

The Humboldtian University model could not be conceived before the Enlightenment, and Minerva University was impossible before the Internet.

If we cannot model Ivory Fortresses now, it does not mean that they cannot exist.

Dara Melnyk consults on strategy and execution in higher education. She is also a PhD candidate at Maastricht University.