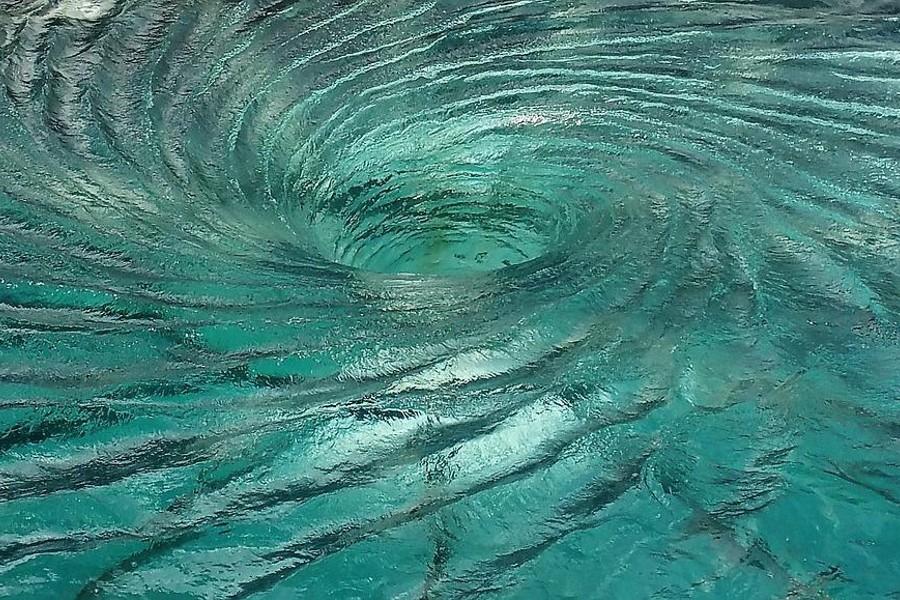 Even if the situation in Russian science remains just as difficult, scientists’ ability to emigrate will be significantly restricted by external factors.

Photo: The number of researchers who have left Russia since the end of February is unknown.  We do not have even approximate figures.  Image by Tom Fløgstad from Pixabay

Throughout the post-Soviet period, the emigration of scholars (“brain drain”) has prompted heated debates among scholars and in the mass media alike, mainly due to its politicization. Since February 24, “brain drain” has become a major topic of discussion.

First of all, there are two questions on the agenda: how many scholars have left and where they have gone. Much less attention is being paid to attraction factors (the appeal of other countries) and deterrents (both domestic and foreign), which determine the amount and direction of the outflow of scholars.

Let us look at the situation, which has push, deterrent, and attraction factors.

The Outflow of Scholars: Not Only “How Many,” But Also “Who”

How many? At the outset, it should be said that the number of scholars who left Russia between the end of February and the end of May is unknown. Indeed, there are not even approximate figures for “scholars” (or “scientists”). These people are lost in the broad category of “highly qualified specialists.”

Moreover, it is not known how many of those who left have gone abroad for a while: to wait out the war, to work on a grant or a short-term contract. Nor, in the case of those who have the opportunity to work remotely, is it clear how many of them have temporarily decided to do so abroad.

The main controversy relates to one category: IT professionals. Some of them, apparently, can be classified as “researchers and developers.” Still, this is a special group: IT specialists are people who have the opportunity to relocate with their company or work remotely for Russian employers while living abroad.

This example, however, can provide some approximate statistics on outflow and return.

According to the survey conducted by the Habr Career service, as of the end of March about 70,000 IT specialists had left the country. A fresh outflow of 100,000 was predicted for April.

Suppose the prediction was correct. In mid-May, the head of the Ministry of Digitalization reported that about 80% of citizens of Russia who had left the country since the end of February had returned, chief among them IT specialists. Thus, if the data are to be believed, in the space of three months, 30-40,000 IT specialists left the country permanently.

Is that a big number? Quite big, if it is compared to the Russian scientific diaspora abroad. In the early 2000s, it was established that 10 years after the collapse of the USSR, the Russian-speaking scientific diaspora abroad had reached about 30-40,000 people. Consequently, the outflow of IT specialists over the past three months is about the same as the total number of scientists in a decade.

Again, the number of scholars who have left is unknown. Most likely, the scale of scientific emigration is much more modest than the outflow of IT specialists. But no doubt, this outflow has intensified.

Who are they? In addition to the total number of those who have left, a no-less-important question is: who exactly is leaving the country? And here, the situation is decidedly not optimistic.

Usually, scholars do not leave a country to do something else (i.e., not science). They want to do science. Most often, the reason to leave is the desire to continue research in the conditions necessary for that work.

Therefore, we can say that scientists do not flee, but leave, first among them those who have been invited to work abroad because they are particularly strong in their field.

In addition, invited foreign scientists are now leaving the country, as are the leading compatriot scientists, and this is a serious loss. They were people who took responsibility for foreign expertise within the country, bringing new knowledge and the culture of scientific research.

Unlike IT specialists, scientists are affected not only by being pushed out of the country, but also by deterrence from abroad.

Push factors are related to the sanctions affecting all aspects of scientists’ activities. These factors include:

This being the case, the situation is developing dynamically and the pressure on Russian science is growing. The fact that Russia has been disconnected from the Web of Science database is instructive; this has not been done, for example, to Iran, even though the latter has been under sanctions for more than 40 years.

Now, Russian science will turn to new international contacts, different from those that have been developed so far, and will seek to master other topics with more practical application—with a view to finding quick solutions to a large number of economic and technological challenges.

The “restructuring” of international contacts and the focus on applied problems may lead to a need to change researchers’ profiles, which will not appeal to everyone. This may represent a further push factor.

Deterrent Factors in Russia and Abroad

In parallel with push factors, there are factors that hinder the outflow of researchers from the country. These may be both internal and external.

Internal Factors. Domestic measures introduced by the Government would be required to alleviate “push” factors. To date, however, favorable conditions are being offered only in the IT sector—and even there, more for companies (three-year exemption from income tax, cancellation of inspections for the same period, loans at a reduced rate) than for individuals. For the latter, a preferential mortgage and a deferral from conscription to the army are proposed.

No decisive actions relating to scientists have yet been taken.

Meanwhile, there are signs that the problem of research funding is worsening. One datapoint was the unprecedentedly high level of competition for recent grants funded by the Russian Science Foundation—approximately 30 applications for one call.

External Factors. Today, external factors are becoming more significant because they are able to deter emigration. The labor markets of the leading countries in the field of science are crowded with graduates who have PhDs.  Emigrants become competitors to internal scholars and the benefits are generally on the side of the latter. Moreover, in today’s situation, professionals from Ukraine are preferred over Russian ones.

There is a degree of rejection—not at the state level, but at the individual one—in the paradigm “Cancellations of Russia.” For instance, some foreign scientists refuse to review articles by Russian authors and to take on Russian scientists and students for internships. It is not clear how widespread this attitude is, as there is too much speculation on the issue. But information about such cases quickly spreads and shapes the ground for “deterrence.”

At the same time, it is worth noting that, as shown by the May survey of the Russian Field Group, among the representatives of science, only a minimal share (8%) support the special military operation—as opposed to other professional groups, in which between 52% to 57% are supportive.

Deterrent factors include living conditions abroad, especially when emigration happens without an invitation to work. In this case, it is easiest to start off by living and looking for a job in countries that do not require visas and/or accept a Russian MIR bank card. In this regard, such countries as Armenia, Georgia, Kazakhstan, Israel, Turkey, and the UAE have become popular destinations for those who want to move abroad temporarily.

Moving to another country poses other problems: (1) housing is becoming more expensive, (2) opening a bank account is getting more difficult, and (3) the reaction of local populations is ambiguous. Hence, “just leaving the country for a while” is becoming harder.

Simultaneously with the growing number of constraints, “factors of attraction” have emerged to facilitate emigration to other countries. These include various programs of foreign support for Ukrainian, Russian, and Belarusian scientists who have left the country, as well as initiatives to simplify work-visa procedures.

U.S.A. The United States is discussing the possibility of abolishing the rule that Russian specialists applying for a work visa must have an American employer. The easing of work-visa rules is intended to apply not to all Russian scientists, but only to those who have received a Ph.D. in the United States or EU countries.

Furthermore, some selected professions and people who have experience working in them have fallen under special interest, primarily semiconductors, space technologies, cybersecurity, nuclear engineering, artificial intelligence, and a number of other specialized scientific fields. The number of potential beneficiaries here is very limited and is unlikely to set a precedent for a serious outflow.

Germany. Some changes are also taking place in Germany, the first country to impose sanctions on cooperation with Russian scientific instructions and universities.

Between the start of the special operation and the beginning of May, Germany issued more than 600 visas to qualified Russian workers, mainly in April-May. Such visas give permission to stay in Germany longer than the 90 days allowed under the Schengen agreement. However, it is important to note that most individuals who received such visas had previously worked in German companies.

Israel. A similar approach to issuing visas is used by Israel, but it applies only to IT workers. This is because Israel wants to become a global IT hub.

At the end of March, the Israeli media published news that Ukrainians and Russians working in Israeli IT companies will be able to obtain work permits quicker, regardless of whether they have Jewish roots. Hence, such specialists can now quickly obtain work visas. However, the preparation of the work permit is a complex and expensive procedure for companies, while the visa is valid only for three months and does not entitle its holders to obtain citizenship in the future.

As new initiatives for employing Russian specialists emerge and the visa procedure is facilitated, fake information is beginning to spread, escalating the situation and increasing the importance of such measures. For example, there have been claims that the United States intends to issue 100,000 visas to Russian scholars, so as to finally dismantle Russian science. It is clear that these figures are not realistic, since the entire country counts about 100,000 people with a Ph.D. or Doctor of Science.

Besides, if carefully scrutinized, it turns out that the benefits of these visa processes apply to very limited number of specialists (young people, scientists who received a scientific degree abroad, people who work in foreign companies, specialists in narrow fields, etc.).

Perspective: Balance of the Factors

So far, the factors that push scholars out of Russian science are very strong and have yet to be balanced by internal deterrence. Meanwhile, there is very little hope to mitigate these push factors in the medium term. The external attraction factors are quite weak, spread only to elite groups, and therefore will not become a catalyst for a mass outflow.

In the future, the greatest uncertainty is associated with the external deterrence factors. If their effect weakens, it will help scientists to leave the country. Otherwise, even if the difficult situation in Russian science persists, “brain drain” will be strongly restrained by external factors.

Irina Dezhina is a Professor at the Higher School of Economics (Moscow) and a Lead Researcher at the Gaidar Institute for Economic Policy.

← Previous: The Ivory Fortress Next:Russia Was Relegated from the Club of Free Science and Education →