Russia Was Relegated from the Club of Free Science and Education 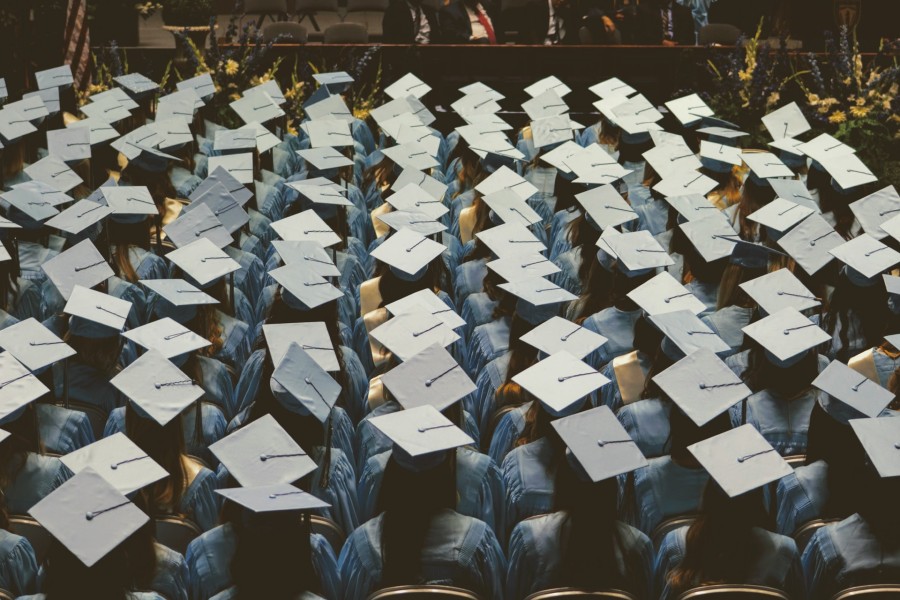 And now it is seeking to create another club, a proprietary science, with serious restrictions on rights and freedoms, inter alia academic ones.

Photo: In 2003, Russia entered the Bologna process, officially declaring its desire to integrate into the European educational space. Photo by Joshua Hoehne on Unsplash

About the “Harm” of the Bologna System for Russia

News of Russia’s withdrawal from the Bologna process—or, more precisely, its exclusion therefrom as early as April 11—forced Minister of Education V. Falkov to declare that “The Bologna system is a thing of the past” and that the future is with “a unique system of education that will be based on the interests of the national economy, a system that provides a wide range of opportunities for every student.”

In other words, according to the Minister of Higher Education, the former rector of the University of Tyumen, “the Bologna system does not seem to meet the interests of the national economy” and does not provide “the maximum opportunities for every student.”

Progress toward this “future system” will occur in “stages.” The first stage will be the elimination of the Unified State Exams, with entrance to university once again becoming based on entrance exams. In this context, the reason for introducing the Unified State Exams—to unify assessments and bring together the educational systems of Russia and Europe—has publicly been called “archaic.”

According to some critics, Western countries have violated the Bologna system since the beginning of “the special military operation,” as it is shamefully called in Russia. Russian students have allegedly been expelled from universities, while the system of mutual diploma recognition is not in operation.

Other representatives of the higher education system have added to this criticism an element of ideological confrontation. As an example, Vladimir Bublik, the Rector of Ural State Law University named after V. F. Yakovlev and President of the Association of Legal Education, said: “We will fight for our children. We will not give them to this European cloaca that is luring them. Our leaders talk about it, and we, without hesitation, support them. We will resist and not allow our children to be trapped.”

What is the idea of the Bologna system in terms of academic rights and freedoms?

First of all, the Bologna system is built on the principles of the Magna Charta Universitatum, which is the Declaration of Autonomy and Independence of Universities. As stated by the Magna Charta of Academic Freedom, research and teaching at a modern university “must be morally and intellectually independent of all political authority and economic pressure,” since “freedom in research and study is a fundamental principle of a university life.”

Signed in 1999, the Bologna Declaration proclaimed the main vector of development: movement toward a “Europe of Knowledge” in order to ensure not only a common intellectual environment, but also real mobility of the population. This required, among other things, a certain unification of education.

To achieve this goal, the Bologna system proposed to have a two-stage education system (Bachelor’s and Master’s); to create a system of educational credits that would allow students to take courses at different universities within a common educational framework; and to recognize teachers’ diplomas and develop cooperation aimed at improving the quality of education (by designing curricula and conducting joint research and projects).

In terms of academic rights and freedoms, the Bologna Process implied, first of all, full realization of the right to academic mobility of both students and teachers, as well as a fuller realization of the right to education, including the choice of the most appropriate educational track, and the expansion of professional development opportunities for researchers and teachers.

How Did the Bologna System Work in Russia?

In 2003, Russia entered the Bologna process, officially declaring its desire for the fullest possible integration into the European educational environment.

Over the years, Russia has made some progress, primarily in the field of academic mobility of students and teachers. As a result, according to rough estimates, every year 35-40,000 Russian students have gone abroad, primarily to the countries of Western Europe and the US.

At the same time, dual-degree programs began to actively develop, examples being Shaninka and the Smolny Faculty of Liberal Arts and Sciences. Importantly for students’ academic freedom, there emerged the model of education in the field of liberal arts and science (artes liberales), which allowed for a unique educational track to be chosen and followed.

Meanwhile, as researchers have recently noted, there are many challenges when it comes to applying the Bologna principles in Russia, including:

At the same time, the strengthening of the scientific capacity of Russian universities has created a serious challenge for teachers, who must balance growing requirements for publication activities with ever-heavier classroom workloads.

All these difficulties were only intensified by conservative anti-Western tendencies in the development of Russian education, as well as a sharp increase in the Government’s control over universities.

Russian universities’ loss of autonomy in the second decade of the 2000s was a serious challenge to the Bologna system, which relies on university autonomy and freedom of teaching and research. An increasing number of statements alleged that the Bologna system interfered with Russian science and education.

Even brain drain, apparently caused by the deteriorating political climate in Russia, was blamed on the Bologna system. According to official data (2021), since 2012, the number of highly qualified specialists leaving for abroad has increased fivefold, to 70,000 people per year. The unification of education and the recognition of diplomas has only facilitated this emigration process. It is obvious, however, that the recognition of diplomas is not the main driver of emigration; more significant is the lack of prospects and freedom of scientific creativity at home.

The annexation of Crimea and especially the beginning of the war in Ukraine made cooperation and academic exchanges impossible. The academic boycott caused by the war put an end to a significant share of the projects for the development of science and education that have been undertaken in Russia since 2003, including the Bologna process.

In this situation, Russia is putting on a brave face, saying that Russia “is not closing,” but rather turning toward “friendly” countries.

Alternative to the Bologna Process

Since the developed democracies have been declared “unfriendly countries,” the alternative for Russia is to turn its attention to educational cooperation with undemocratic regimes. An alternative Bologna project is emerging—this time for the authoritarian countries of Eurasia, joined by India.

The problem is that for non-democratic countries, the logic and values of cooperation are different. There is no question of mutual trust, much less of mutually beneficial cooperation—such countries always act within the logic of a “zero-sum game.”

In addition, the level of educational development of most of the prospective partner countries is low, with the exception of China, which ranks 30th out of 50 educational systems in the world.

At the same time, projects to establish a “Russian-Turkmen university” or increase the number of students from China at Russian universities show the main vector of this cooperation. From the point of view of academic rights and freedoms, Russia has left the club of free science and education and seeks to create another club: a proprietary science, in which the process of integration will take place between countries with authoritarian regimes and with serious restrictions in the field of rights and freedoms, including academic ones.

A lack of international exchanges would be only one consequence of abandoning the Bologna system.

The partial abandonment of the Bachelor’s and Master’s degree system and the “triumphant” return of the old system—a 5-year specialization—together with ongoing criminal prosecution of artes liberales (the recognition of Bard College as an undesirable organization and the pogroms at the Smolny Faculty in St. Petersburg and the Faculty of Free Arts of the Russian Academy of National Economy and Science) show the following: in addition to the obvious ideological component, the proponents of the old system are motivated by the desire to (1) narrow as much as possible students’ already-limited freedom to choose a professional track (as evidenced by the ban on entering “non-profile” Master’s degree programs [those that do not correspond to the subject of students’ Bachelor’s degree studies – Ed.]) and (2) drastically limit students’ choice of courses.

Mantras repeated ad nauseam about the supposed superiority of Soviet education, the origins of which must be returned to, and of the practice of targeted recruitment after receiving a university degree help to create a system diametrically opposed to that toward which Russia has been moving for twenty years. It is, in fact, a question of returning to the Soviet system of control, with the bizarre addition of state capitalism.

In this situation, both students and scientists are increasingly voting with their feet. Since the beginning of the war, the number of Russian applicants to Western universities has increased by 20%. Even more Russian teachers and researchers are leaving the country, further bleeding dry higher education, which has already been undermined by the war.

Dmitry Dubrovsky holds a Ph.D. in Historical Science. He is a Research Fellow at the Center for Independent Sociological Research (St. Petersburg) and a member of the St. Petersburg Human Rights Council.

← Previous: “Brain Drain” from Russia: Push Factors vs Deterrence Next:Editorial Boards Have Upgraded Their Skills. Will These Skills Be Preserved? →