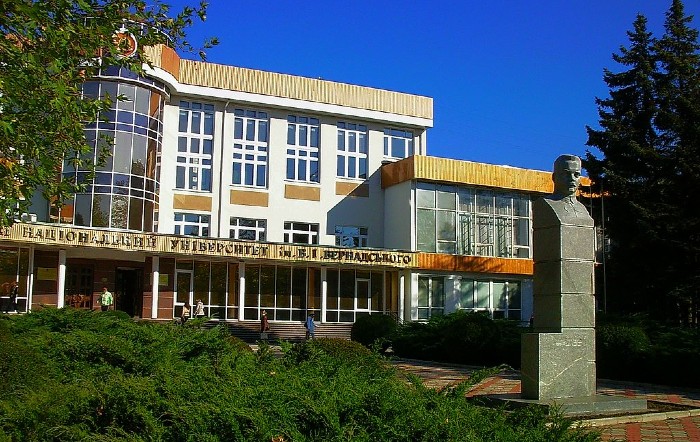 How scientists are held responsible—and pay the price—for the actions of their governments.

We previously discussed how the annexation of Crimea has affected Russian archaeologists. Scientists and academics had different reactions, ranging from active support of the annexation to complete refusal to conduct excavations in Crimea.

Today, we will consider the impact of the annexation of Crimea on higher education institutions.

The 2014 annexation of Crimea, subsequent evacuation of Ukrainian scientists, and ongoing conflict in Eastern Ukraine have combined to produce a novel phenomenon: Ukrainian universities in exile (for example, the Vernadsky Taurida National University in Kyiv).

At the same time, these have also been replaced by “new old” universities.

For instance, the head of the Russian government in Crimea, Sergey Aksyonov, claimed that “Ukraine was not actually actively involved in science in Crimea.”

During the reorganization of Ukraine’s Vernadsky Taurida National University into the CFU, some academic courses ceased to exist or were substantially undermined. For example, the departments of Oriental Studies and Crimean Tatar literature have disappeared entirely.

What are Academics and Students Held Responsible for?

The inescapable question is: how does the academic community regard cooperation with universities in the annexed Crimea?

And how has the global academic community reacted to similar situations? Are scientists held responsible for the actions of their governments? Does the majority agree with the proposed boycott or support other ways of ensuring accountability?

The norms of international law and the EU’s restrictive measures allow European countries to deny Crimean scientists Schengen visas on the grounds that they are residents of an occupied area.

Formally, this constitutes a violation of academic freedom of movement.

Moreover, scientists can be held liable even on Russian soil. In 2019 a conference on Russian-German higher education cooperation in Kazan fell through after it was announced that Andrey Falaleev, the rector of the CFU, would be attending. The German side, comprised of German university rectors, cancelled the conference, citing a ban on participating in any events with Crimean institutions and organizations that had been issued by Germany’s Federal Foreign Office.

In response, Falaleev accused the German side of attempting to “divide scientists” and even condemned their decision as “racism” and “genocide” against certain groups living in Crimea.

Finally, for the reasons cited above, Crimean students cannot get internships abroad. European universities ask them to get their paperwork from Ukraine, which the Russian side perceives as a violation of students’ academic rights.

The CFU’s list of partner universities includes thirty institutions. None of them are based in Europe. Most of the CFU’s agreements are with universities in China, Iran, Turkey, and other countries scarcely concerned about academic freedom.

Among these agreements are partnerships with universities in the Donetsk and Lugansk “People’s Republics,” which are questionable from the standpoint of international education law.

The CFU has a large international student body, comprising over 2,000 students in 2020. The university’s official statistics put it in a respectable tenth place in the ranking of Russian universities by the number of foreign students.

Where are these students from? According to a CFU representative, they come from India, Ukraine, Uzbekistan, Jordan, Nigeria, Kazakhstan, and Palestine.

In all fairness, the CFU has European contacts, as well—although these remain limited.

The University of Basel in Switzerland is one such contact. According to its official representative, Swiss scientists have been active in Crimea since 2008 thanks to the Swiss government’s engagement with Ukrainian officials.

In addition, CFU students intern in Republika Srpska (Bosnia and Herzegovina), where conferences that seek to demonstrate the “historical validity” of the annexation have also taken place.

In this regard, it is useful to understand the principles governing relations with countries accused of occupation by international organizations—Israel and Palestine being a prime example.

The Boycott, Divestment, Sanctions (BDS) movement, controversial as it is, was officially founded to protect the rights of Palestinians living in Israeli-occupied territories. The movement includes an academic boycott of Israeli scientists and educational institutions. The main impetus for BDS’ calls to boycott Israeli universities is Israeli scientists’ and professors’ direct support of—or tacit assent to—Israeli policies.

Far from everyone agrees with such an approach.

South Africa Is Not Israel

Noam Chomsky, who holds radically left views and is critical of Israel’s policies, supports BDS but not boycotting Israeli universities. According to the American linguist, the situation in Israel is hardly comparable to that in South Africa, where the struggle against apartheid included daily racism on the part of South African universities.

Israel Is Not South Africa

As for Israel, according to data published by V–DEM, the state of academic freedom is much better than in Palestine.

During a discussion of the academic boycott of Israel by the American Studies Association (ASA), Israel “advocate” Alan Dershowitz pointed out that the boycott does not target countries where academic freedom violations are evident, such as China, Russia, and Saudi Arabia, nor even Palestine, where, according to Dershowitz, “universities are explicitly banned from discussing the Israeli-Palestinian conflict.”

Instead, the boycott is directed against Israeli universities, which have a higher level of academic freedom than their counterparts in most countries worldwide.

Overall, the international education community is divided in its assessment of the boycott of Israeli universities.

For example, the ASA believes that “the academic freedom of Palestinian scientists and students under Israeli governance is significantly limited, and Israeli universities act as instruments of a state policy that violates human rights.”

Curiously, one of the leaders of BDS, Omar Barghouti, is a graduate student at Tel Aviv University. His active calls to boycott Israeli universities do not seem to interfere with his own graduate studies.

On the other hand, the American Association of University Professors (AAUP) strongly opposes the boycott, arguing that this measure contradicts the basic principles of academic freedom: the free exchange of ideas and freedom of speech.

The most problematic issues are:

Dmitry Dubrovsky, PhD (History), is Associate Professor at the Higher School of Economics, Associate Research Fellow at the Center for Independent Social Research in St. Petersburg, and a Member of the St. Petersburg Human Rights Council.