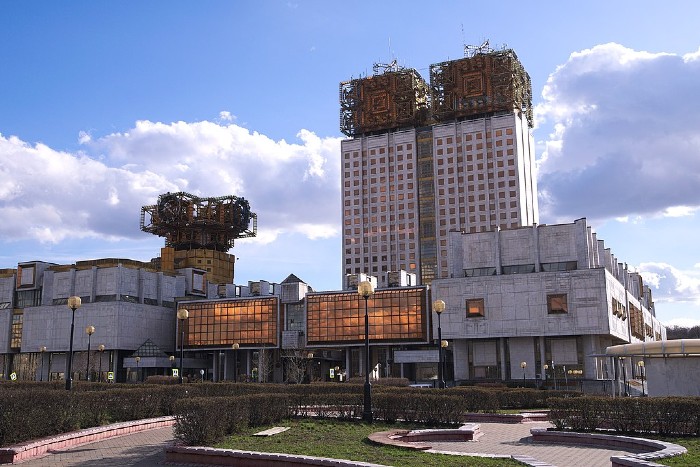 How will the elimination of the most popular public research grant program affect Russian science?

Photo: Last year, RFBR supported 15,000 research projects. This year there will hardly be that many. (Raita Futo,CC–BY-2.0)

The elimination of the country’s most popular research grant program, administered by the Russian Foundation for Basic Research (RFBR), and the latter’s incorporation into the Russian Science Foundation (RSF) have revived discussions about how grant support for Russian scientists should be structured.

Which is Better, More or Less?

These different principles are reflected in the number of grants allocated. In 2020:

It is expected that with the concentration of resources in the hands of the RSF, the number of grantees in the country will decrease markedly. This has been cause for serious concern among academics.

Will the changes, which have already met with sharp criticism in the academic community, bring positive results?

How to Distribute Grants More Effectively

Which policy is more effective: concentrating large grants in the hands of a small number of scientists or distributing smaller grants to support more projects?

This issue is explored in a review published in Quantitative Science Studies.

The common view is that in the environment of intense competition that characterizes modern science, concentrated funding is a necessary condition for scientific excellence. The tendency toward concentration is observable not only with regard to research grants, but also when it comes to universities.

For example, Project 5-100 involves reallocating resources to a select number of universities in exchange for significant improvement in international rankings.

Resources. Concentrated research grants are associated with the creation of the critical mass of resources needed for large-scale research projects.

For instance, one or two sociologists could conduct a qualitative study based on a couple dozen interviews that would not require considerable funding. However, a representative survey would call for significant resources to support proper organization, data analysis, and writing.

Collaboration. Large grants reflect the collaborative nature of research, which has almost completely ceased to be an individualistic affair. With each passing year, the number of articles published by coauthors only grows—and so does the number of coauthors per article.

Importantly, it is articles published in collaboration that produce the most noteworthy results. They are cited more frequently than solo works.

The concentration of resources in the hands of a few also corresponds to a well-known empirical observation from sociology: significant scientific discoveries are made by a small number of scientists, while the rest conduct research that is not profoundly impactful.

Thus, it is more beneficial to allocate resources to those who have higher odds of achieving important research results.

Administration. Here is another pro: administering large grants is less labor-intensive than administering small grants, since it reduces the overall number of individual evaluations that must be conducted. Regular evaluations are required for each funded research project.

Financing a larger number of smaller grants allows for wider distribution of research investments, which can increase the odds of scientific breakthroughs.

Science managers. With high concentration of resources, grants go to a narrow group of winners. The volume of funds they have to spend turns them into “science managers” of sorts: they spend almost all of their time preparing grant proposals and solving organizational issues, leaving them with little opportunity to do actual research.

Originality and diversity. Supporting a larger number of projects leads to diversity in research topics. Furthermore, what matters is not only the number of grants, but also the presence of different foundations, competition among which encourages original research proposals. These proposals often do not have good odds of being selected if a country has only one active foundation.

To this point, the debate about the proper degree of grant concentration can hardly be said to have been underpinned by empirical evidence. Yet a few papers show that after a certain threshold, a high degree of funding concentration leads to a reduction in impact as measured with traditional bibliometric indicators.

It should be noted that this threshold probably varies considerably depending on the scientific field and the country.

How Will Russian Grants Change?

Increased requirements. Russian scientists should expect an increase in the size of grants and more rigorous requirements for grantees.

The RSF hopes to decrease the risk of poor choices by introducing more complex and rigorous evaluations. In some cases, the Fund will invite international experts and implement bibliometric indicators. The selection of applications as part of newly issued grants, which the RSF will be administering, will be caried out according to these new rules.

The RFBR’s relaxed requirements will also become a thing of the past. For instance, depending on the selection process, the lead researcher had to either have a degree or have at least one published article on a related topic.

There is a fear that scientists who previously relied on RFBR grants will be forced to publish articles in predatory journals to meet new standards: “As an entry ticket to a short-term project, publication in predatory journals comes at a high price, but it promises those willing to pay it to be worth it in the future.”

Evaluation in a new way. Even if we imagine that scientists will really try to game the system, the RSF seems to have good protective mechanisms in the form of project evaluations.

Our analysis of publications by RSF lead researchers shows that articles in predatory journals are very rare. In 2014 humanities and social sciences lead researchers published only 4 articles (1.6 percent of the total) in potentially mala fide journals; in 2017 this figure stood at just 11 (5 percent). Between these two dates, the Foundation implemented considerably more rigorous bibliometric indicators, but these evidently did not lead to widespread publishing in predatory journals.

Or if it did, scientists who engage in this do not win grants.

Who Will Benefit from the Changes?

Leading universities have mastered the new rules of the game, allowing them to successfully compete for a new generation of grants.

The flip side is the high probability that many authors with fewer publications will find themselves out of luck. The widely distributed RFBR grants gave a larger number of scientists the opportunity to conduct research (even if those projects were not as productive).

This ability to support researchers, especially those at the start of their careers, might be lost. Grants will go to the most productive scientists who have already found their research path.

However, understanding exactly how foundations’ policy affects research productivity requires access to data not only about the projects that have been successfully funded, but also about the applications that have not been selected.

Currently, the RSF publishes only the former. Let us hope that the popularity of evidence-based policy will lead to greater openness.

Katerina Guba is the Director of the Center for Institutional Analysis of Science and Education, European University at St. Petersburg.

Aleksey Zheleznov is a research fellow at the Center for Institutional Analysis of Science and Education, European University at St. Petersburg.

← Previous: How “The Chosen” Are Chosen Next:Crimean Universities: Isolation or Boycott? →