How “The Chosen” Are Chosen 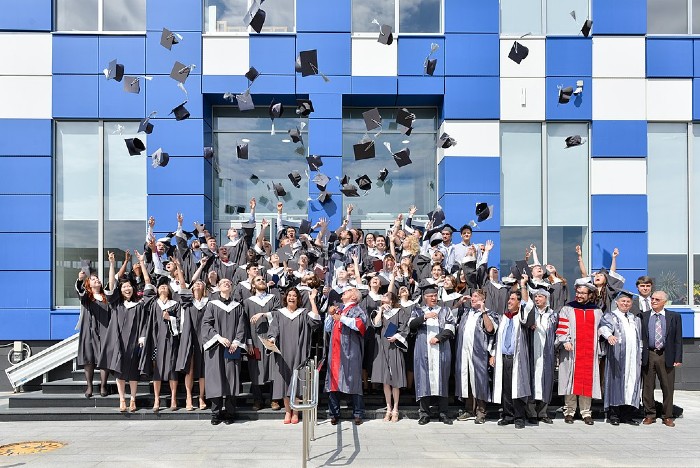 Photo: Whom to support? Those who are starting a career in science, or just young in age? The Russian Ministry of Science and Higher Education decided to follow the second path. (Skolkovo Foundation, CC-BY-SA-4.0)

What Is “Picking Winners”?

“Supporting the chosen” is a play on “picking winners,” a term widely used in politics and industrial policy to describe a situation where the government grants selective support to organizations or companies chosen on the basis of specific criteria.

This term is also deployed in political science, usually in connection to selecting which scientific areas to prioritize.

“Supporting the Chosen:” Pros and Cons

Should the state participate in picking winners?

On this point, critics outweigh supporters by a wide margin. The main argument against the practice is that the government does not have perfect information about the object of support. This makes it impossible to decide which organizations are strategically important and therefore demand and deserve special attention.

In addition, by preferring some actors over others, the government may unwittingly crowd out viable alternative developmental and organizational paths.

Supporters, for their part, argue that there are situations and circumstances when “choosing” is justified—for instance, in a crisis or in the absence of general development institutions in the country. At the same time, the extent to which the “winners” are willing to serve government-set goals is crucial.

That is, the question is not whether or not to pick winners but why and how to do it—and, most importantly, how to do so in a way that advances science and improves the country’s overall scientific environment.

In Russian science policy, there has been a particular emphasis on “picking winners” in recent years. Instances of select groups receiving government support are ubiquitous and manifest themselves in all kinds of ways—from prioritizing certain research topics and technologies over others and granting special statuses to organizations to offering unique infrastructural frameworks and introducing special categories of researchers.

Under conditions of limited resource availability, picking winners can be justified as a means to developmental ends. In Russia, science expenditures are stagnating, hovering around one percent of GDP, which is two to three times less than in countries with more advanced research and development (R&D).

At the same time, the federal budget remains the main source of funding for scientists—it comprised 66-68 percent of aggregate R&D spending in recent years.

Limited resources and the primacy of government funding are the two factors responsible for the current tendency toward “supporting the chosen.”

Importantly, limited resources impose special demands on the process of correctly selecting the “chosen” in order to ensure that concentrated financial support of academic and research projects yields widespread gains.

Russia has not yet been able to scale the successes of the “chosen ones.” This is evidenced by almost all indicators of scientific development.

Why is this happening? Let us try to examine this phenomenon through the example of targeted support of young scientists.

How Many Young People Are There in Russian Science?

The government has been paying particularly close attention to young researchers since the early 2000s and has managed to attract a considerable number of young people to science. Young people (those under the age of 39) now comprise almost 44 percent of Russian researchers.

At the same time, the number of middle-aged scientists (aged 40 to 59) continues to decline. Over the past 10 years, their share of the total number of scientists has decreased by almost nine percent.

This implies that young people who choose science as a vocation soon leave it.

Estimates show that, without accounting for the length of graduate study, the average young researcher (under 29) stays in science for about five years. About 20 years ago, the estimate was seven years.

Thus, the turnover of young people in research and academia is rising.

Who Counts as Young?

What could explain this phenomenon? Could it be related to the goals that the government sets when providing support to researchers? And what counts as a “young” scientist?

Indeed, the policy of supporting young researchers did not include increasing the number of middle-aged scientists among its objectives. The goals were formulated mostly in terms of “attracting” and “retaining.”

So who are these young scientists with good odds of being among the select few “chosen ones?”

Recently, the auditors of the Accounts Chamber evaluated government measures aimed at supporting young scientists in 2016–2018 and concluded that the main reason for their ineffectiveness was the lack of a universally agreed-upon definition of who counts as a “young scientist.”

On one metric, scientists under the age of 33 were considered young. On others, the category included those aged up to 35 and even 40. This created fragmentation.

Moreover, it turned out that there were no aggregate data available about the volume of funding allocated to junior researchers. Estimates were complicated by the fact that, aside from direct support programs (various grants and awards available to young scientists), there are a variety of indirect support measures available—for instance, preferential treatment for young scientists at science fairs and in research grant competitions, as well as housing support for junior researchers.

For example, under Russia’s mega-grant program, active since 2019, young scientists should make up half of the research team, regardless of the discipline and the tasks entailed by the proposed project. The share of young people should also grow by at least two percent.

Russian Science Foundation programs pose similar requirements, requiring, for instance, that at least 35 percent of the payroll be allocated to supporting junior researchers.

How “Young” Is Defined Around the Globe

There is nothing wrong with the definition of “young” scientists varying across different programs. No single definition of who counts as a young researcher exists internationally or even within a given country.

Characteristics differ from program to program and are closely aligned with government support objectives.

However, in international parlance, at the core of the definition of a “young researcher” is the stage of scientific career development. The definition therefore usually reflects how much time has passed since one received a PhD and, in some cases, what professional role one occupies.

Most often, young scientists are researchers who have received their degree but have not yet assumed a permanent position at a university or research organization. As a rule, this period lasts between five and seven years.

Notably, some countries that used to employ age-based definitions of junior researchers are beginning to abandon this practice. Until recently, a scientist under the age of 35 was considered young in Poland. Now, a young scientist is defined as one who defended their thesis less than seven years ago.

The fundamental distinction between Russia and the rest of the world when it comes to defining a “young scientist” is that in the former, the definition is strictly age-based.

As a result, among junior researchers applying for targeted government support may be both those who are just beginning their careers in science and those who have already established themselves with a relevant professional position or even with the title of corresponding member of the Russian Academy of Science (RAS) or, at times, academician of the RAS.

It would seem that, for the purposes of retaining talent in science, it would be wiser to support researchers who are just beginning their careers, regardless of their age.

However, the trend toward age-based support persists. The concept of a “young scientist” is currently being revised, and plans are underway to determine a single age under which a scientist would be eligible for government support.

The Ministry of Science and Higher Education of the Russian Federation is proposing to amend the Federal Law “On Science and State Science and Technology Policy” to define a young scientist as an individual under 35. The proposal is to offer researchers who fall into this category various forms of support, including:

There is an obvious problem with the way the government formulates the objectives of “picking winners” and with the specific way in which it does the picking.

Helping those who are just at the start of their scientific careers is replaced by helping researchers under a certain age limit. To some extent, this approach is akin to the ideology of ageism—discrimination against some age groups in favor of others.

This can have additional negative repercussions on young scholars, such as validating infantilism: Why put in the work if you can receive financial support just because you are young?

Undoubtedly, personnel structure distortions in science are not caused solely by the trend toward “picking winners.” The exodus of young people from science has numerous underlying causes that have been known for some time:

These factors do not make science any more attractive for those choosing between research and alternative career paths.

Irina Dezhina is a Professor at National Research University–Higher School of Economics (Moscow) and Head of the Science & Technology Development Department at the Skolkovo Institute of Science and Technology (Moscow).