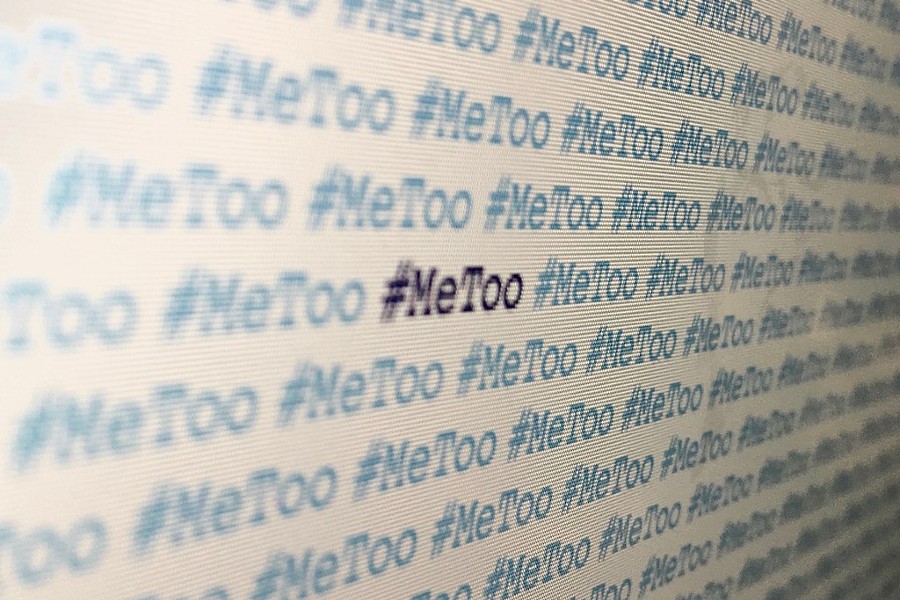 As elsewhere in the world, Russian universities have begun to fight against abuse and harassment. To date, however, harassment is still winning.

Harassment by the Numbers

Sexual harassment is nothing unusual in Russia. According to polling data,

Another study, conducted within the framework of the women’s project Youarenotalone (Tyneodna), found that the situation is much more serious:

More than half of these individuals (77%) did not react to what was happening, since there are simply no mechanisms or regulations at their workplace allowing them to complain. Therefore, in most cases, the victims simply remained silent. Very few respondents (14%) protested or complained.

These kinds of situations arise in different places.

For example, recent Nobel laureate Dmitry Muratov, the editor-in-chief of Novaya Gazeta, introduced a special regulation against harassment in the editorial office back in 2020, when it turned out that a number of journalists were violating behavioral norms in their communication with colleagues.

Among non-profit organizations, the big story was the case of Andrei Yurov, a well-known human rights activist. He was accused of harassing female employees and volunteers involved in the projects of the International Youth Human Rights Movement. The extent and duration of the abuses were documented in a report by the Crisis Assistance Group.

Remarkably, this took place in an organization known for its struggle for human rights. In this rigidly hierarchical organization, however, there were no anti-harassment mechanisms to respond to obvious human rights violations.

Russian universities are no exception to the general trend of harassment. As elsewhere in the world, universities are embarking on an active fight against abuse and harassment. The primary focus is abuse perpetrated by male teachers against female students, but there might well be other combinations, including harassment of students by other students.

The fight against harassment in recent years has sent shock waves through countries and continents from China to France and from Russia to Africa. A whole international movement, #MeToo, has emerged. A notable part of #MeToo was stories of systemic abuse by teachers.

This wave was given a new impetus by the tragic death of St. Petersburg State University graduate student Anastasia Yeshchenko. She was brutally killed by her partner and supervisor, St. Petersburg State University professor Oleg Sokolov. Although this situation was, according to witnesses, an obvious ethical violation, the relationship between supervisor and graduate student had raised no eyebrows in the academic community prior to the tragedy.

A 2020 study on harassment in Russian universities conducted by Julia Ostrovskaya and Olga Miryasova showed that the general atmosphere of sexism and misogyny in Russian society bleeds over into universities. As in society as a whole, the culture of silence affects the behavior of victims of harassment:

In the course of the study, we concluded that at universities, as in many other areas of employment, women are frequently and disproportionately victims of gender-based violence and harassment; today, harassment at universities often takes the shape of harassment perpetrated by male teachers against female students. It is in precisely these relations that the asymmetry of power is particularly evident.

How Can One Protect Oneself?

Unlike their counterparts in many foreign countries, women at Russian universities who face abuse and harassment do not have the opportunity to protect themselves. Since we are talking about hierarchical relations—as a rule, a male teacher against a female student or a male mentor against a female teacher or graduate student—the only ways to protect oneself are through complaints to superiors or publicity.

As the authors of the study note, in cases of clearly (and often obsessive) sexual attention, there is usually no opportunity to protect oneself. The “culture of silence” compels women to consider this situation either as innocent or as having been provoked by them (“it’s my fault, I should not have worn a short skirt”).

When Is It Dangerous to Protect Oneself?

Despite popular stories of persecution for “winking” or other “innocent jokes,” in most known cases—even of serious harassment—its perpetrators are typically not punished and may even be promoted. Dmitry Funk, an ethnographer who was accused by a student of harassment, is now the director of the Institute of Anthropology and Ethnology of the Russian Academy of Sciences.

Victims of harassment are very often convinced that they have nowhere to turn at the university because no one will support them. In such cases, they turn to the press.

But this, too, carries dangers. Given the punitive nature of Russian justice and the lack of basic regulations, it is now easy to accuse a harassment victim of defamation.

The authors of the study give such an example. After a student who had been raped sued, the assailant teacher responded by filing a libel suit—and won.

A similar fate befell the journal Holod, which published a story about Russian State Pedagogical University professor Alexander Kobrinsky’s numerous sexual contacts with his students. The journal wrote about the inappropriateness of such a relationship between a teacher and his students, but the court decided that it had engaged in libel—and fined Holod.

According to these individuals, “adult relationships” cannot be the subject of consideration by ethical committees, since if the case is not criminal, it cannot be a case at all. A favorite comparison to which “defenders” resort is the “Communist Party committees” of the Soviet era.

(For more information on ethical codes and committees, see Daria Skibo, “Code of Ethics: A Tribute to Me or a Way to Resolve Conflicts”)

In this narrative, calls to deprive bosses and teachers of the opportunity to abuse the hierarchy and sexualize the academic environment are equated with restricting the “freedom of adults.” Critics even compare investigations of harassment cases with persecution of teachers for expressing critical views—that is, “persecution for freedom.”

As Ostrovskaya and Miryasova’s study shows, this freedom produces a constant feeling of insecurity and sexualization.

This compromises the academic principle of interaction and the academic community as a whole. It also normalizes sexual violence as a “bonus” for holding a position of power.

Sweep It Under the Carpet

The question of what to do about it does not have a simple answer.

It turns out that even the establishment of ethical committees does not solve the problem. One demonstration of this is a case of obvious harassment at HSE that ended sadly despite the activity of a student group. The ethical committee concluded: “no evidence was presented” (although it was), therefore “the accusation was unsubstantiated”—and moreover, “third parties cannot represent such cases.”

The fact that an explicit ban on sexual harassment, inter alia relations with subordinates, appeared in the ethical code of HSE can definitely be welcomed. However, bans do not guarantee protection against harassment.

Unfortunately, this mirrors global practice. Even having regulations (which most Russian universities do not) does not protect victims of sexual harassment. And the irresistible desire to sweep it under the carpet unites the rectors of universities worldwide.

In these difficult conditions, students’ self-governance and efforts to protect their rights play an important role in promoting the idea of a space free from abuse and harassment.

Professors at St. Petersburg State University, meanwhile, openly tell  the press that relations between teachers and students are “harmonious.” It is indicative that the journal Gorod-812, which positions itself as liberal, calls the fight against harassment “cowardly” and actively supports the “amorous” professor’s right to “privacy.”

The fight against harassment at universities—as part of protecting the academic rights and freedoms of students and faculty—is just beginning. It is part of the general fight against discrimination and sexism in Russian society.

Dmitry Dubrovsky holds a Ph.D. in Historical Science. He is an Associate Professor of the Higher School of Economics (Moscow), a Research Fellow at the Center for Independent Sociological Research (St. Petersburg), and a member of the St. Petersburg Human Rights Council.

← Previous: The Year of a Struggle against the “Undesirable,” Security Officials at Universities, and Confrontation with COVID Next:Extracurricular Meeting →