The Year of a Struggle against the “Undesirable,” Security Officials at Universities, and Confrontation with COVID 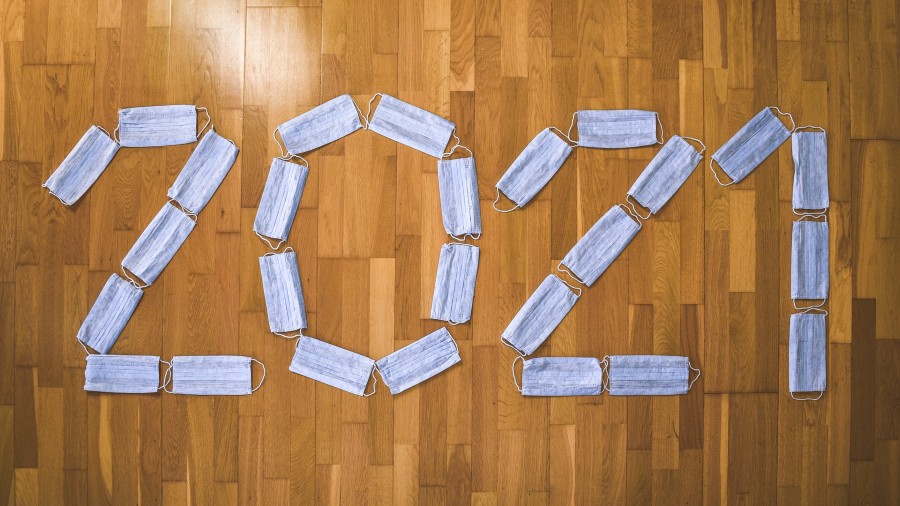 Academic Rights and Autonomy in Russia in 2021: An End-of-Year Review

Photo: Surprisingly, the pandemic was just one of the main events of 2021 in Russian higher education and science. (Photo by Ibrahim Boran on Unsplash)

The Year of Growing Pressure

The year 2021 has continued the policy of force and ideological pressure on academic autonomy, rights, and freedoms in Russia.

The activity of lawmakers and security officials. As in 2020, the idea of a “besieged camp”—the constant search for “spies” and “agents of influence”—directly affected the activity of lawmakers. In particular, openly censorious and repressive laws against “foreign agents” and “undesirable organizations” touched the field of humanitarian and social knowledge, while the search for “traitors” led to a deterioration of scientific and technical cooperation.

As a Chinese researcher aptly remarked, in China, higher education and science are “organic tools for expressing government interests.” This translates into authoritarian conditions, namely a lack of criticism of the government and its decisions, or even a lack of opposition-minded professors and students.

Ever since the main threat to Russia was first declared to be “foreign influence,” the brunt of the blow has fallen on universities and other educational or research centers associated with foreign—especially Western—countries.

The Year of Struggle against the “Foreign” and “Undesirable”

The exception does not work. The development and “optimization” of the law on “foreign agents,” accepted in 2012, from the very beginning placed serious restrictions on academic rights and freedoms. Well-known research and educational organizations have come under pressure from this new law, among them:

It is indicative that all of these organizations formally fall under the clear exception prescribed in the law for scientific and research organizations. However, this exception simply does not operate.

A  study conducted by the Maria Kanevskaya Center lists the justifications for compiling a list of “foreign agents”:

Surprisingly, the latter category even includes some government-funded organizations, although this fact has not prevented the research from being labeled “political activity.”

Any objections proving the purely scientific and educational character of their activities were simply ignored.

Attempt to ruin “Memorial.” In 2016, the International Historical and Educational Community “Memorial” was recognized as a “foreign agent.” The next step was an attempt by the General Prosecutor’s Office to stop its activity. The charge was that “Memorial” regularly violated the requirements for publishing information materials. This was preceded by an attack on “Memorial” by a group of unknown people who crashed the screening of Agnieszka Holland’s film about the Stalinist repressions.

However, the Attorney-General’s Office does not explain exactly how student and postgraduate funding for research in sociology, as well as courses on modern research methods for young sociologists—which is the focus of the aforementioned organizations and funds—threaten the security and ideology of Russia.

Attack on Bard College. A special place on this list is held by the well-known American Bard College, which long collaborated with the Smolny Faculty of Liberal Arts and Sciences of St. Petersburg State University (SPBSU). The chronology of events relating to the recognition of Bard College as an “undesirable organization” can be hardly considered coincidental.

March 2021: The Smolny Faculty announced its desire to separate from St. Petersburg State University and become a new type of state university, namely the only one fully based on the principles of liberal education.

March 30: The so-called Coordinating Committee of Non-Profit Organizations of the Russian Federation asked to investigate the newly created University of Liberal Arts for “… having a close affiliation with foreign non-commercial organizations controlled by George Soros that lead destructive activities on the territory of Russia.” The committee also recognized Bard College as an “undesirable organization on the territory of Russia that threatens the constitutional system of the Russian Federation and the security of the country.” St. Petersburg State University later petitioned the Attorney-General’s Office with a similar request.

Bard College ultimately became the first educational institution on the list of “undesirable organizations.” This brought a swift end to the only Russian-American project in the field of higher education.

Not only were Smolny Faculty instructors at risk of being prosecuted for cooperation with an “undesirable” college (there are reports of prosecutors having visited Smolny and conducted “inspections” of the Faculty’s premises), but so were those Russians who worked at Bard College.

Attack on Shaninka (MSSES). It is hardly a coincidence that another college known for international cooperation and liberal leadership—the Moscow School of Social and Economic and Sciences (Shaninka)—was attacked by the Public Prosecutor. A criminal charge was filed against its rector. The investigation was carried out in an intentionally cruel manner, exemplified by the request to transfer the rector, Sergei Zuev, from house arrest to a pre-trial detention center despite his recent heart surgery.

Changes at the Higher School of Economics. Finally, the rapid and inexplicable replacement of the rector at the Higher School of Economics, one of the numerous significant and unexplained dismissals of 2020-2021, leads us to suggest that there was a political reason for these actions, even though the university was until recently considered more liberal than others. Another round of layoffs also remains opaque.

The Year of Amendments to the Law on Education

Active lawmaking targeted at searching for “agents of influence” and “pro-American forces” also caused the emergence of the so-called amendments to the law “On Education.” These amendments, called “The Education Law,” are mechanisms that can strike straight at the heart of academic freedom.

All these new regulations create additional political control over universities, additional censorship, and restrictions, primarily in the field of international cooperation.

However, due to numerous protests, the by-laws that would have brought these amendments into effect have not been adopted. One can only hope that in the end, the most odious provisions of the original law will be slightly softened.

The Year of Security Officials at Universities

The Educational Qualification study, recently published by Doxa in conjunction with the editorial board of Project, has shown that 78 of the current heads of security departments or vice-rectors for security at 100 Russian universities are retired or active members of law enforcement agencies. This fact cannot but influence how university leaders perceive students’ attempts to defend their right to protest.

Rallies for Navalny. Thus, the protests in support of Alexei Navalny, which took place in early 2021, provoked a sharp reaction from university administrations. Administration representatives threatened students with expulsion and other consequences for participating in protest rallies. However, little is known about the provision that is phrased as “for participation in unauthorized rallies.” For example, three students were expelled from Astrakhan State University, but the rector referred to “internal regulations” in signing this order.

The Case against Doxa. Supporting the right of students to speak out and protest, Doxa, a student journal, published materials related to the rights of students in general. As a result, a criminal case was brought against its editors, Armen Aramyan, Vladimir Metelkin, Natalia Tyshkevich, and Alla Gutnikova. As evidence, the prosecution provided a video posted on YouTube in which the editors said that university administrations had illegally intimidated students. The investigation deemed this to be the “involvement of minors in illegal actions” (part 2, art. 151.2 of the Criminal Code), which carries a sentence of up to 3 years in prison. All of them are still under de facto house arrest, which was recently extended until April 15, 2022.

Discrimination against LGBT students and teachers continues at universities under the government’s declared aim of “protection of traditional values.” For example, Maxim Drozhzhin, an openly gay individual, was not allowed to sing in the choir of a state university—SPBGU—on the grounds of “non-compliance with the morality of a singer.” Following an anonymous denunciation, he also had to explain himself to a police officer.

A mnemopolitician against history. Aggressive Russian mnemopolitics, which threaten the freedom of historical knowledge, are actively developing. Vladimir Medinsky, the former Minister of Culture, proposed the concept of national historical policy, which is aimed at restoring “full historical sovereignty.”

In July, President Putin signed amendments to the law “On the Perpetuation of the Victory of the Soviet People in the Great Patriotic War of 1941-1945.” These amendments were submitted to the State Duma on his behalf. The amendments prohibit (1) “equating in any public speeches, inter alia in mass media and on the Internet, the goals, decisions, and actions of the USSR leadership, its commanding officers, and the military with the goals, decisions, and actions of Nazi Germany, the commanding officers and military of Nazi Germany and the European Axis countries;” and (2) “any public denial of the humanitarian mission of the USSR in the liberation of the countries of Europe.”

Such amendments heavily impact those historians and researchers who critically interpret the history of the USSR in terms of cooperation between the USSR and Germany (the Molotov-Ribbentrop Pact) and Stalin’s crimes against the peoples of Europe (in particular the shooting of Polish soldiers and officers in Katyn). Even more serious criticism is leveled at the postwar occupation of East Europe by the Soviet Union.

Although the commentary on the draft law contains an exception—in this case, a space must allegedly “be preserved for historical research and scientific discussions”—it is difficult to avoid thinking that law enforcement bodies will apply this exception just as little as they use its counterpart in the law on “foreign agents.”

The Year of COVID Struggle

In 2021, COVID-19 and the corresponding preventative measures provoked some misunderstandings between university authorities, instructors, and students. The change of teaching format caused multiple conflicts provoked by the discomfort of moving online at short notice and then returning offline. Poor communication and transparency regarding decision-making resulted in protests by both teaching staff and students.

Protests increased when universities refused to lower the fees for education provided in an online format. At the very end of 2020, this issue was discussed in an order from the Prime Minister at the level of the Ministry of Education.

However, the end of 2021 was marked by protests by students opposed to returning to in-person education. They did not want to put their health at risk when a new wave of COVID was on its way and called for the organization of more effective online teaching.

The basic tendency of 2021 has been what can be called the “sinicization” of relations between the government and the system of science and higher education.

On the one hand, Russia has a clear aim to develop international education and increase the number of joint scientific projects. On the other hand, any protest-based (or civil) activities by instructors or students and any public criticism of the authorities results in government pressure.

In sum, “if you chose a State University under the government of the Russian Federation, you should be aware that there is a founder who defines the university goal and objectives.” If you are a dissenter, you should go to a “non-state university.”

Dmitry Dubrovsky holds a Ph.D. in Historical Science. He is an Associate Professor of the Higher School of Economics (Moscow), a Research Fellow at the Center for Independent Sociological Research (St. Petersburg), and a member of the St. Petersburg Human Rights Council.

← Previous: In Science, Opposites Do Not Attract Next:#MeToo in Russia →