In Science, Opposites Do Not Attract 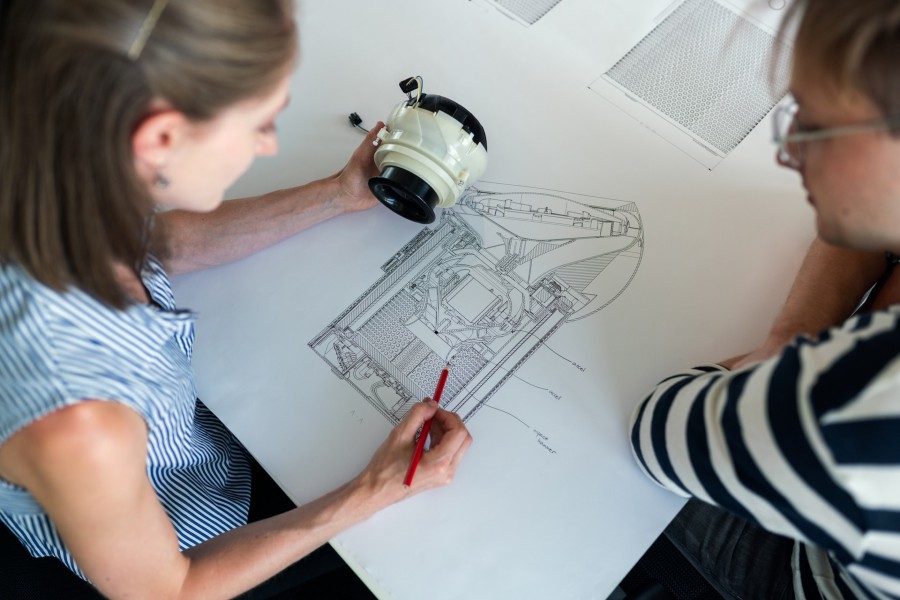 In many scientific fields, women prefer to work with women—and men with men. Why?

Photo: Only 21% of cases of scientific collaboration are purely female collaboration—that is, where both mentor and trainee are women. (Photo by This is Engineering RAEng on Unsplash)

These are the interim results of a study conducted by the Center for Institutional Analysis of Science and Education of the European University at St. Petersburg (CIASE) looking at statistics on Ph.D. and doctoral dissertations in Russia.

The phenomenon of women working with women and men with men is called gender homophily. Studying this phenomenon has enabled us to understand why women who have already climbed a long way up the academic ladder often decide to leave academia. What can be done to change the situation?

Mentorship Increases the Odds of Women Staying in Science

Women give up their scientific careers more often than men. This phenomenon, known as the “leaky pipeline,” is part of the field of gender homophily—a scientific area that is becoming one of the most promising fields of research.

Could the situation be changed? There is a view that mentorship helps keep women in science. This theory, which has been actively developed, has resulted in the publication of certain practical recommendations based on the diversity policies of American universities. The logic is as follows: If you are a woman and your mentor is also a woman, you have better odds of staying in academia.

Our study provides the first data about gender homophily in Russia across a wide range of scientific fields. These data were based on collaboration models that treated the gender of two agents—a trainee (who writes a dissertation) and a mentor (who guides dissertation-writing)—as a key factor.

What Types of Dissertations Are Defended in Russia?

The highest numbers of dissertations in Russia are defended in the fields of:

The lowest numbers of dissertations are defended in the fields of:

Among the authors of Ph.D. dissertations, there is an equal split between men and women (50% each).

For doctoral dissertations, we observe a slight bias towards males: the proportions are 53% for males and 47% for females.

The share of female scientific mentors is clearly declining. They account for 33% of supervisors at Ph.D. level and only 23% at the level of doctoral dissertations.

The most common type of dissertation-writing collaboration is where both mentor and trainee are men. 42% of all dissertations are written in such a team.

The next most common collaboration is a male mentor and a female trainee (28%).

This is followed by the collaboration of a female mentor and a female trainee (21%).

The rarest collaboration is that of a female mentor and a male trainee (9%).

The imbalance is obvious: female mentors work with male trainees much less often than with female ones.

Certainly, we admit that this approach is reminiscent of attempting to take the average temperature of a hospital: we look at all trainees and mentors, regardless of the scientific field in which they work—as though a philologist mentor could choose a trainee in physics or mathematics.

Reliable figures explaining the bias toward same-gender collaborations can be obtained by calculating rates of gender homophily, taking into account the gender-specificity of a given scientific field.

Some sciences can be described as female-dominated. One example is philology, where more than 75% of dissertation authors are women.

The second and third places among “female” sciences are held by pedagogy and art history, where 73% and 70%, respectively, of all authors are women.

Among the male-dominated sciences are physics and mathematics (77%), technical sciences (75%), and Earth Studies (67%).

Women Tend to Work with Women—and Men with Men

Our statistics show that significant gender homophily is common in most scientific fields. It doesn’t matter whether a given field is “female” or “male.”

In all scientific fields (with the exception of art history), there is a significant bias toward same-gender collaborations at Ph.D. level.

At doctoral level, there is significant gender homophily in 12 out of 18 scientific fields.

In sum, women tend to work with women, and men with men. This holds true even within specific scientific fields.

What Is the Global Pattern?

One of the most difficult questions is: Why are women inclined to work with women and men with men? Answers can be found by looking more closely at the nature of the academic environment.

Among possible causes of gender homophily, we note:

Gender homophily in academia is a persistent global phenomenon typical of various forms of academic relations in different scientific fields—and Russia is no exception.

Today in Russia, there is no scientific field where women are more prominently represented than men in high academic positions—that is, as mentors for doctoral dissertations.

This situation may be due to the impacts of two mechanisms:

We do not know exactly which of these mechanisms is operating in Russian academia. But based on research in other countries, we can assume that it is a combination of the two—in different proportions for each scientific field. For example, U.S. data show that in STEM (science, technology, engineering, mathematics) and the social sciences, the proportion of women in graduate school is increasing year on year, while the number of women leaving academia remains unchanged.

For this reason, it is vital to explore ways of helping keep women in academia—including gender homophily, which is vividly expressed in the writing of dissertations.

Elena Chechik is a Junior Researcher at the Center for Institutional Analysis of Science and Education, European University at St. Petersburg.

← Previous: Second-Class Academic Citizens Next:The Year of a Struggle against the “Undesirable,” Security Officials at Universities, and Confrontation with COVID →