Russia: The Number of Foreign Agents is Set to Grow 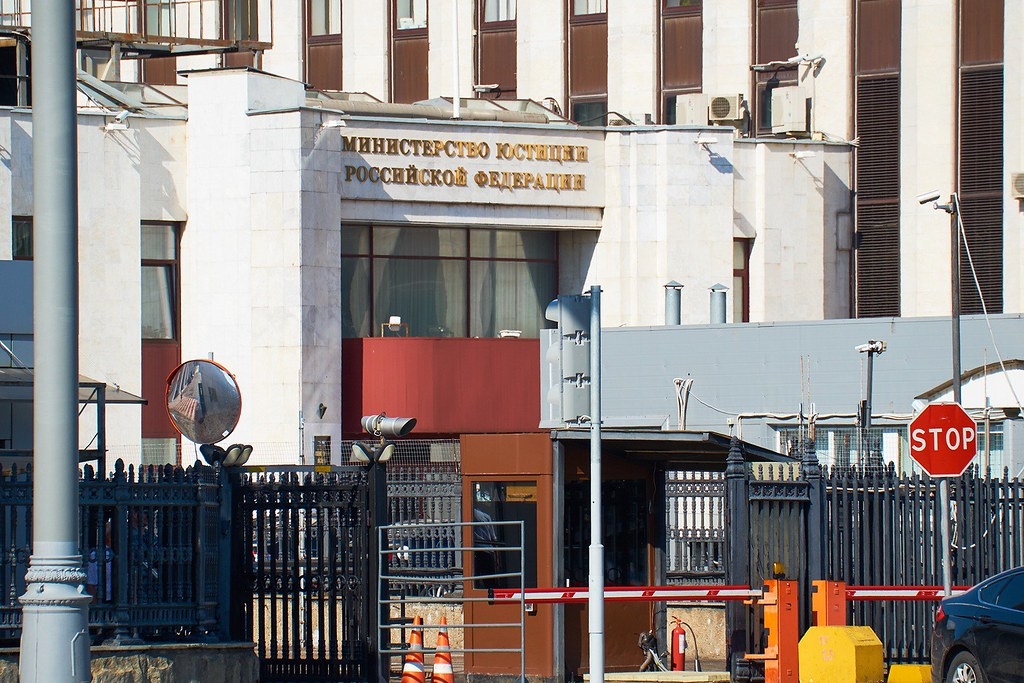 Russians who fall into the category of foreign agents had to register legal entities by early February. Researchers and faculty who publish their articles, including online, are subject to the new restriction.

Photo: The Russian Ministry of Justice is responsible for the registers of foreign agents. (Photo: Free Photobank, CC BY-NC-SA 2.0, bit.ly/2SWREvL)

A new obligation on Russian citizens “who engage in distributing printed, audio, audiovisual and other messages and materials intended for an unlimited number of people (including using the information and telecommunication network ‘Internet’)” is spelled out in Article 3 of a new Federal Law passed at the end of 2019.

These amendments to the laws “On Mass Media” and “On Information, Information Technologies and Information Protection” define the term “foreign agent” in an entirely new way. It can now apply not only to organizations, but also to individuals—including scientists and university faculty members.

The number of those who voluntarily decided to register as foreign agents before the beginning of February is still unknown; official figures have yet to be released.

Who Can Perform “the Functions of a Foreign Agent”?

The amendments stipulated that any NPO registered in Russia that receives funding from abroad—in any form—must be listed on a special register if it performs “political activities.”

The term “political activity” is somewhat open to interpretation. Experts from the Resource Human Rights Center have analyzed the range of types of activity that courts have recognized as political (see the details in their report “Foreign Agents: Mythical Enemies and Real Losses of Russian Society,” Appendix No. 2, “70 Reasons for Recognizing NPO Activities as Political”).

The new law explicitly states that “Political activity does not include activities in the areas of science, culture, art, health care, prevention and protection of the health of citizens, […], or activities in the field of promoting charity and volunteering.”

Alas, the formulation of the legal norm and its application have often been at odds. In fact, following the adoption of the law in 2012, the most active environmental, educational, civic, human rights, historical, and research organizations, as well as all those who observed elections or combated the HIV epidemic, were included on the register. Independent research institutions were deemed “foreign agents” and their employees were forced to navigate the restrictions that this new status placed on their work. Among those who found themselves on the register were the Scientific Information Center “Memorial” (St. Petersburg), the Levada Center (Moscow), and the Center for Independent Sociological Research (CISR, St. Petersburg).

In 2016, new amendments clarified the state’s understanding of “political” activity: it is “the formation of socio-political views and beliefs, including by conducting public opinion polls and publishing their results or conducting other sociological research.”

What’s Bad about Being a Foreign Agent

Research NPOs that exist outside large state institutions and universities find themselves in a delicate position: although one cannot exactly speak of a ban on science, there are tangible restrictions in place.

Organizations that have received the status of a “foreign agent” also incur reputational and financial losses. Being a foreign agent is expensive, as it is connected both with the need to protect the organization’s interests in court and with the threat of fines (eg., for not having a required marking on publications and materials made available on the Internet).

Researchers have suffered the same consequences as “foreign agents” as a whole:

Over the course of the past nearly eight years, many NPOs included on the register of foreign agents, as well as their clients and partners, have learned to live with their new status and comply with the new laws. The rest have been liquidated, either on the initiative of the founders or by court decision.

Who Has Been Added to the Registers for Foreigners?

The changes introduced by the amendments to the law on mass media dated December 2, 2019, primarily concern the mass media and those who publish there—including, obviously, researchers and faculty.

Similar to the first formulations on foreign agents adopted in 2012, the amendments to the new law are ambiguously worded, non-transparent, and open to interpretation.

The law introduces two new definitions of a foreign agent:

The law does not prescribe a mechanism for the recognition of foreign agents. Furthermore, there need not be any link between the specific form of information dissemination (e.g., Facebook post, YouTube video, tweet) and the reason that the money is received. Even if the financial remuneration is for something entirely unrelated to sharing the materials of a “foreign agent” media outlet, the presence of the two factors is sufficient to justify adding a citizen to the register.

If the Ministry of Justice and the Ministry of Foreign Affairs determine that an individual should be registered as a foreign agent distributing media materials, this person must register a legal entity in the Russian Federation.

As mentioned above, citizens had the opportunity to do this voluntarily before February 1. In the future, they are obliged to notify the Ministry of Justice about their actions and accompany each material with a special comment. Anyone who ignores this requirement will be fined for non-compliance with the law.

It is as yet difficult to predict how the law will be implemented. According to experts, the label of “foreign agent” will be applied selectively to individuals.

How Many Foreign Agents Inhabit the World of Researchers and Faculty?

This number cannot be determined with any degree of certainty. According to official statistics, foreign sources represented just 2.6% of the funding for Russian science in 2017 (Results of federal statistical observations / f. No. 2-science “Information on the implementation of scientific research and development”).

Nevertheless, Russian scientists and faculty have more than a slim chance of being labeled foreign agents.

Many Russian universities and research institutions maintain international programs and implement projects with (partial or full) foreign funding. A number of German political foundations continue to be allowed to operate in Russia; also present in the country are representatives of international organizations and foreign governments that fund research, cultural, and educational initiatives.

Naturally, Russian scientists use the Internet—including platforms like YouTube—to disseminate their research. Since YouTube is a foreign corporation, the money earned from YouTube is considered foreign funding.

Thus, even conservative estimates suggest that a significant number of individuals—researchers, bloggers, and activists—work with information, “disseminate” it, and receive funding from abroad.

The procedure for adding to the register of foreign media agents is not transparent: decisions are made by the Ministry of Justice in agreement with the Ministry of Foreign Affairs.

Currently, only those who directly copy and reproduce materials produced by foreign agent media or participate in the production of such materials are listed as foreign agents. In theory, however, a person who merely cited media that are listed on the register (including Voice of America, Radio Liberty, Kavkaz.Realii, and Krym.Realii) or used their materials in a presentation or paper could become a foreign agent.

Moreover, Russian legislation is changing so rapidly that it is impossible to predict how many foreign media will be recognized as foreign agents in the near future.

It is also impossible to predict how changes to laws will be enforced. For example, Kirill Titaev, director of research at the Institute for Law Enforcement Issues at the European University at St. Petersburg, believes that the legislation is convenient for law enforcement officers, who will be able to boast high productivity and brilliant reporting by locating unregistered agents.

According to Ilya Shablinsky, Doctor of Laws, an expert on the Presidential Council for Human Rights, the new law is unconstitutional and violates the right of citizens to equality before the courts. The law uses terms that are insufficiently defined and its application can be arbitrary.

It is difficult to understand what it means to “participate” in the creation of materials by foreign media agents. Any media outlet, whether or not listed on the register and whether foreign or domestic, does more than publish opinion columns and journalistic investigations. It also cites researchers and experts, inviting them to share their views on specific issues. Legal experts believe that even such indirect participation in the publication of media listed on the register may draw attention to “any citizen working in organizations with foreign funding or to researchers receiving grants.”

Vasily Piskarev, Chairman of the Committee on Security and Combating Corruption of the State Duma of the Russian Federation, said that the new amendments “may affect a small circle of individuals.”

Yet many disagree. Reflecting on the first amendments to the law on foreign agents, experts fear that the new changes are “aimed at a wide audience” and may become a means of persecuting those who annoy the powers-that-be. Given the state’s suspicion of all things foreign and different, scientific life in Russia—particularly in the humanities—and Russian researchers’ integration into the international academic space are already quite difficult. Nevertheless, the state continues the discursive game by labeling black and white sheep, which in itself hinders cooperation and development.

Daria Skibo is a sociologist and researcher at the Center for Independent Sociological Research (St. Petersburg).