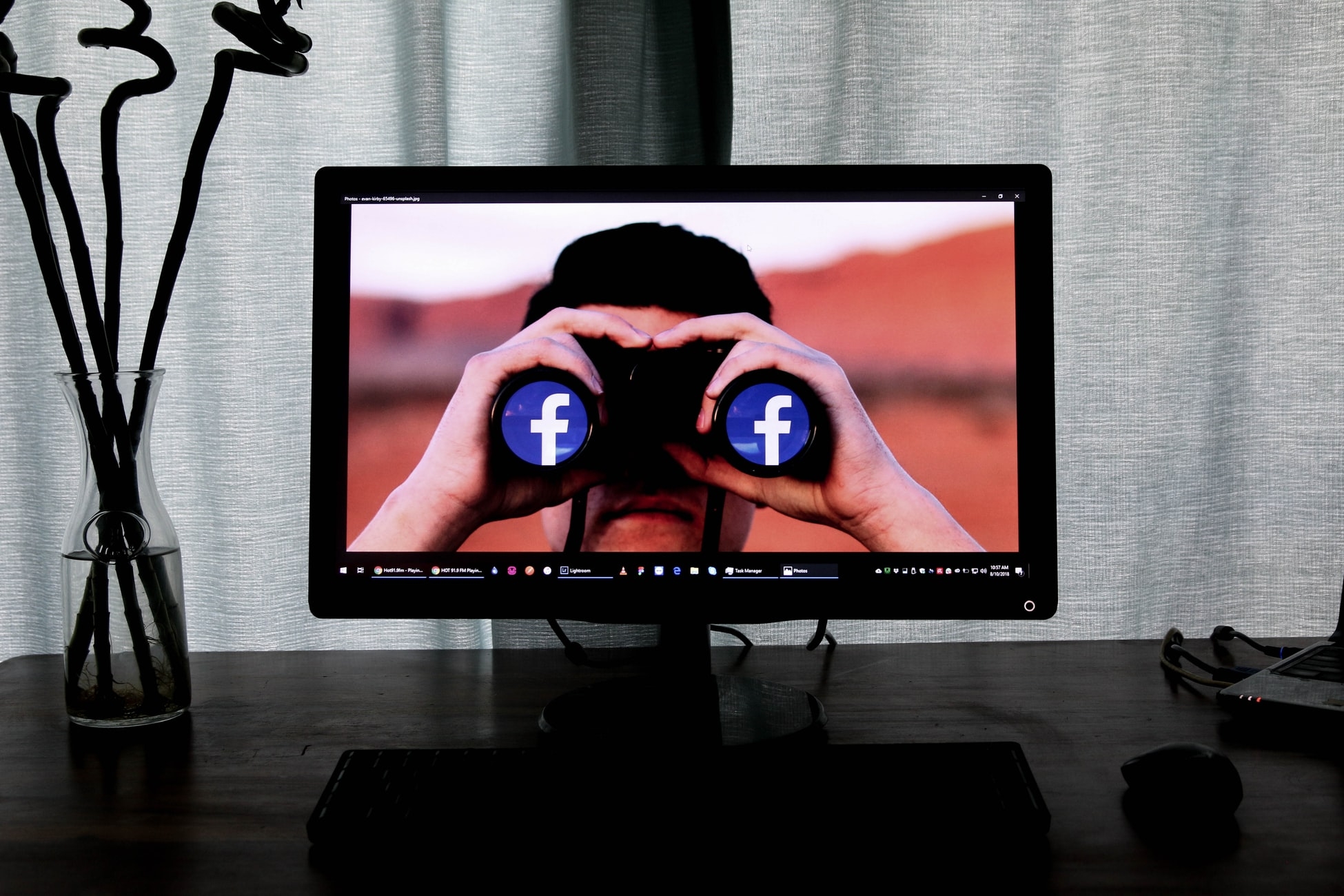 To what extent are faculty and students free to express their opinion about their university, their country, and the world?

Photo: One of the loudest discussions about academic freedom began with a Facebook post by HSE professor Gasan Guseynov. (Glen Carrie/Unsplash, unsplash.com/photos/ra4vJwxnvAo)

The right of faculty and students to critically comment on national and global events is one of the most contested aspects of academic freedom. The issues surrounding this right are especially acute when it comes to criticizing one’s own university.

First, different experts understand the extent to which criticism is protected by academic freedom differently. Some suggest that freedom of opinion is applicable exclusively to conversations regarding academic matters within the university. Others find this view limiting and not reflective of the social mission of the modern university, which requires scientists to actively deliberate about socially important questions.

This is true not only in universities: corporate employees of Apple or Samsung, for example, can be similarly prohibited from criticizing their respective companies in public.

Thus, corporate ethics, in the form of university ethics, dictates rules of conduct for students and defines the ethical code of faculty both in Russia and around the world. With that emerges an effective way of constraining freedom of opinion and expression both within the university and beyond it.

Criticism Comes at a Price

University leadership reacts strongly to public statements made by faculty and students in the presence of an alleged or real external threat—for instance, from donors or the government.

For example, a University of Illinois professor was fired after being critical of Israel on Twitter. A potential university donor threatened to withdraw funding unless the professor was fired. Officially, the university described his comments as “instigating hatred.” Thanks to active support from the academic community, the professor, albeit forced to leave, received a substantial settlement from his employer.

The Israeli Ministry of Education, unhappy with the criticism of the government coming out of universities, similarly attempted to prohibit faculty from expressing their political opinions during lectures unrelated to politics. A serious backlash from the academic community ensued.

The Employer Dictates the Rules of Criticism

Similar external reasons—in particular, increased dependence of university administrators on the executive branch—can explain the important changes in the rules surrounding the public appearances of faculty and staff that are springing up in universities across Russia.

Saint Petersburg State University. Back in 2013, the university administration prohibited faculty and staff from making public appearances without their employer’s consent. The administration gave a simple explanation: the expression of an individual position can be inappropriately understood as a “presentation of the official university position.” A relevant clause was even included in the employment contract signed by faculty and staff. According to some, this dramatic backlash was prompted by a certain expert examination signed by a member of the university staff that was accepted by the court as an official examination by the University.

In practice, the implementation of this norm has acquired a prohibitive character, although officially faculty and staff have been assured that they are welcome to speak only on their own behalf, as private citizens.

Moscow Institute of Physics and Technology (MIPT). Sometimes sanctions are applied even in the absence of a formal prohibition. For instance, MIPT professor Maksim Balashov, a member of the University Solidarity Union, was fired for comments to Radio Liberty in which he criticized his university. In a letter forwarded to the teaching staff of the Department of Higher Mathematics, department chair Grigory Ivanov explained that, in the face of competition, “any information about shortcomings in MIPT’s work […] negatively affects the university’s rating, could be a reason for reduction in Ministry financing,” and might also lead to a less competitive admissions process and lower overall funding.

Higher School of Economics (HSE). Unlike MIPT, HSE decided to formalize restrictions on public appearance. The university developed draft codes of conduct: The Code of Ethical Student Conduct and The Code of Ethical Faculty Conduct. Internal student and faculty conduct regulations, as well as the statute on support for student initiatives, now contain special amendments pertaining to freedom of opinion.

Not too long ago, the university faced multiple serious instances of academic freedom violations surrounding the issue of punishment for public criticism.

In a Facebook post, Professor Hasan Huseynov characterized the language in Russian public discourse critically, describing it as “cloacal”—and was immediately accused of “Russophobia.” The HSE Ethics Commission suggested that Professor Huseynov issue an apology, although it was unclear what he had to apologize for and to whom.

In turn, HSE Rector Yaroslav Kuzminov, in his own Facebook post, reproached the professor for not showing any care for his colleagues’ reputation, as well as acting wrongfully in the public space, where, according to Rector Kuzminov, one must strive to “not offend others” with “ambivalent statements.”

In response, the Academic Freedom Committee of the Association for Slavic, East European, and Eurasian Studies issued a letter to Rector Kuzminov, calling the HSE Ethics Commission’s recommendation to Professor Huseynov “a direct infringement on the academic freedom of a pedagogue and researcher.”

The case of the Higher School of Economics is illustrative for another reason. Back in 2013, Rector Kuzminov expressed the following view: “… there are people of all kinds of political convictions at HSE… but they engage in political activism outside the university.” This is precisely why faculty and students with different political views had long coexisted peacefully. Furthermore, they safely voiced their opinions on a wide spectrum of political, social, and cultural issues outside the university.

The situation changed noticeably after the conflict surrounding Hasan Huseynov and was further complicated by the case of political science student Yegor Zhukov, who was accused of extremism based on his YouTube videos. The reaction to this accusation itself demonstrated a variety of political convictions at HSE—from support for Zhukov to claims about “nonexistent political repressions.”

Finally, at the end of last year, Doxa’s status as a student organization was revoked, allegedly for activities “injurious to the university’s reputation.” The university administration was punishing the magazine for its article about Natalya Pochinok, rector of Russian Social State University.

After these incidents, the aforementioned document drafts and amendments sprang up at HSE.

At the beginning of the year, discussions about amendments to existing house rules took place. Restrictions on faculty’s right to publicly express their opinions comprised a considerable proportion of proposed amendments. These discussions proved to be heated, and some amendments did not make it into the final version of the document.

“… in public statements and/or publications, if their content creates risks of adversarial social responses and/or can lead to negative reputational consequences for the university, the employee should refrain from indicating affiliation with the university or should post a note that said statement is the employee’s personal opinion and does not reflect the university’s official position.”

The HSE administration insists that such amendments do not constitute a violation of academic freedom and that similar clauses have been adopted by universities in democratic countries, including the United States. Nor did Chairman of the Presidential Council for Human Rights Valery Fadeev find the amendments to infringe on freedom of speech.

The University Solidarity Union has a different view. It deems requiring faculty to follow HSE rules on speaking out about socially important questions “at odds with the norms regulating freedom of speech and opinion, and particularly with the specific norms about academics’ freedom of expression.”

At the same time, it is unclear how to discern which issues are “substantially contested” and how to determine whether the academic is in the right “analytical or expert position” to voice her opinion on them.

HSE is now discussing the Code of Ethical Faculty Conduct. Its text predictably contains language directly linked to the events discussed above: for instance, a prohibition on public statements on behalf of the university, as well as on behalf of an “unidentified group of employees or students at the University” without authorization or consent from university administration.

Furthermore, faculty should refrain from using “expressions that might ignite conflict and incite hatred, animosity, and resentment,” as well as expressions injurious to the university’s reputation. Should faculty use them anyway, the Code instructs faculty to either not mention their affiliation with HSE or separately note that this is the author’s personal opinion.

Public statements of faculty and students that have not been approved by university administration pose an external threat, primarily to a university’s relationship with the government. This is the main reason why the state is attempting to take control of freedom of opinion and expression in universities, with the help of vague language about “present disagreements” and the risks of negative social responses.

Dmitry Dubrovsky, PhD (History), is an Associate Professor at the Higher School of Economics in Moscow, an Associate Research Fellow at the Center for Independent Social Research in St. Petersburg, and a member of the St. Petersburg Human Rights Council.