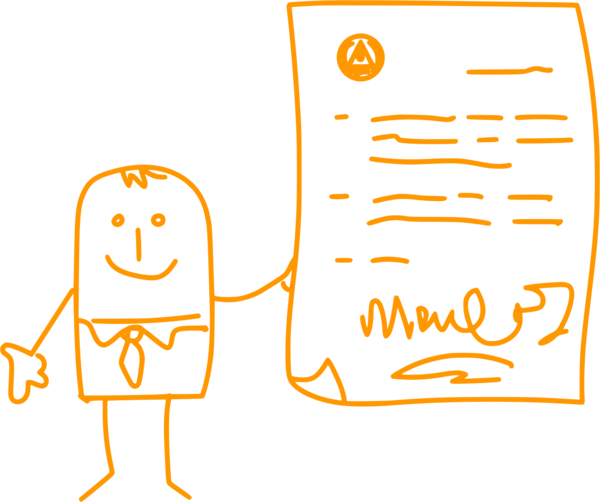 How a system of fixed-term contracts and vague renumeration criteria in universities is becoming an instrument of control over faculty.

Labor law should protect workers’ rights. However, the ambiguity of legislative norms in this sphere is used against professors’ academic rights at Russian universities. This is extremely convenient: there is no need to keep an eye on the content of lectures, seminars, and publications. Faculty will self-monitor—or, more accurately, self-censor—just in case it might cost them their job.

Faculty are a special category of workers. According to the Labor Code of the Russian Federation, as a rule, employees are contracted on an open-ended basis, and it is difficult to fire them without a solid case against them. However, according to Article 332 of the Russian Labor Code, employment contracts for university faculty are fixed-term. The law specifies that this term cannot exceed five years.

This norm is a legacy of the USSR. In the Soviet era, it was commonplace to include the longest possible term in employment contracts. This practice remained widespread in Russia up until the early 2010s.

Employment Contracts with a New Format

Today, most Russian universities adhere to the principle “the shorter the term, the better,” despite the fact that there is no legislative justification for this.

According to the Russian Ministry of Science and Higher Education, one-fifth of the contracts that universities offer to faculty are short-term—that is, under one year.

One- and even two-year contracts provide no economic or social security. At the same time, they rule out the possibility of freedom of opinion and teaching, since any deviation from the views of the university administration can result in the administration refusing to renew the contract. In regions with few universities, a professor would face considerable impediments to finding a new job.

A Selection Process with No Criteria

Further complicating the difficult position in which faculty find themselves, a competitive selection process precedes the signing of a new contract. Neither federal nor local legislation prescribe concrete criteria by which to determine a candidate’s suitability for a given role. To a considerable extent, this is determined by university management.

On the one hand, universities should be autonomous and free to select their own staff. On the other hand, it is equally important to guarantee the protection of professors’ individual rights. This equation, unfortunately, leaves no room for equality.

What Exactly Are Bonuses Incentivizing?

Another instrument actively enabling control over academic freedom is the modern system of faculty renumeration.

In 2012, President Vladimir Putin signed a decree “On the Steps to Implement State Social Policy.” The decree promised university faculty and research staff that “by 2018, the average salary would grow by up to 200 percent” (we explored this issue in “Russia: Compensation in the Era of Academic Reforms”).

The legislation intended to break faculty salaries down into three components:

In practice, base pay was lowered compared to the previous level of compensation. Per the government’s design, the main increase should have come from compensatory payments, which were supposed to be commensurate with “specific indicators of quality and quantity of services.”

Some experts assessed the new compensation system positively. Prior to its implementation, “university staff were paid not according to their talents or professional performance but according to their position in a certain table of ranks” (S. A. Kuzubov, A. V. Ivleev, “A New University Compensation System: Current State and Potential” Labor Market, no. 8 [2010]). The new system, meanwhile, makes it possible to take into account the individual achievements of every professor. An additional benefit is that “university management has more autonomy […] over how to redistribute funds in order to incentivize the most valuable faculty members.”

In reality, the implementation of the new system has led to increased faculty dependence on university administration. Some experts have voiced concern that the financial stimuli, which look very promising on paper, might in practice become a tool of pressure on professors and a means of restraining academic freedom, as there are imperfections in the legislation and no real way to hold a university administration accountable in the event that it distributes incentive payments in a biased manner.

University administration has in fact gained autonomy from being able to distribute the incentive bonuses portion of faculty compensation. At the same time, no boundaries or standards for this autonomy have been established. Yet according to experts, the existence of concrete and transparent criteria for evaluating performance and allocating incentive bonuses is central to an effective compensation system.

How Additional Pay Is Distributed

The program for improved renumeration adopted by the government envisaged bonuses being distributed according to “an independent system of performance evaluation, which includes criteria of performance effectiveness,” as well as “the introduction of public performance rankings.”

In order for a compensation system based on so-called “effective contracts” to function properly, the following terms should be clearly outlined:

In reality, most universities were in no rush to adopt such statutes. Nor did the Ministry of Education conduct any sort of monitoring to establish whether statutes had been enacted.

As a result, the bonus portion of compensation has mostly been—and continues to be—distributed based on arbitrary recommendations from department chairs, who act unhindered by any criteria for determining whether or not faculty have relevant accomplishments.

Often, department chairs justify bonuses (or the lack thereof) and their size with vague wording—for example, “lacking or insufficient achievements in educational, methodical, and social work in the interests of the department.”

Can One Prove One’s Own Productivity?

There is no appeals procedure, either. Trade unions are generally voiceless. And most professors prefer to keep these discussions within the confines of the professional academic community, due both to the “institutional inertia of academia” and, in part, to fears of getting fired.

Nor does the scarce jurisprudence pertinent to these questions work in professors’ favor. Here is just one case study from Irkutsk State University.

An associate professor did not agree with the distribution procedure and size of incentive bonuses, which fell under the purview of the department chair. While some staff members, including the dean, would receive as much as 40,000 rubles in bonuses (even if they had serious issues with work performance, such as losing accreditation), she was not awarded any additional pay despite the large volume of work she had completed.

After her complaint was received, she was paid 1,990 rubles in one month and 2,643.2 rubles in the next. In his memos to the first Vice Rector, the dean arbitrarily determined the size of the bonus without being guided by any criteria for performance evaluation.

The associate professor petitioned the Labor Inspectorate. They confirmed that incentive bonuses were awarded at random. The Inspectorate also established that, in violation of the norms of the Labor Code, the university had not adopted a local statute determining criteria for performance evaluation.

As a result, the inspectorate issued an order to adopt a relevant statute and put on the table the issue of the university’s administrative liability. At the same time, the plaintiff was told to take the matter to the courts, since the Labor Inspectorate does not settle disputes (the author has the response of the Irkutsk Oblast Labor Inspectorate from June 14, 2020 No. 38/10-1038018-OB).

Paradoxically, the court sided with the university.

Despite effectively recognizing that the professor’s rights had been violated, the court nevertheless established that no redress was necessary. Specifically, the court pointed out that “the inventory of criteria of performance assessment and the size of incentive bonuses”—included in the local statute that the Labor Inspectorate ordered the university to develop—had not been adopted at the time that the university allocated “unfair” additional pay.

And since the statute only applies to legal relationships created after its adoption, “the court considers application of the norms of this statute to recalculation of additional incentive pay from the past unsubstantiated and erroneous” (The Kirov District Court’s decision from November 15, 2018, case no. 2-3555/2018).

Furthermore, according to the court, the fact that the university had been allocating—or not allocating—compulsory additional pay at random before the performance evaluation criteria were adopted reflected “the employer’s right to autonomously determine the renumeration system within the organization” (from the same decision).

The court’s decision legitimized the rectorate’s arbitrariness and, in turn, the faculty’s dependent status.

The combination of a fixed-term contract system and a system of incentive bonuses often results not in university autonomy and independence but in high-handedness toward faculty. As a result, the principal selection criterion for professors at regional universities is likely to be not professional competence but conformism.