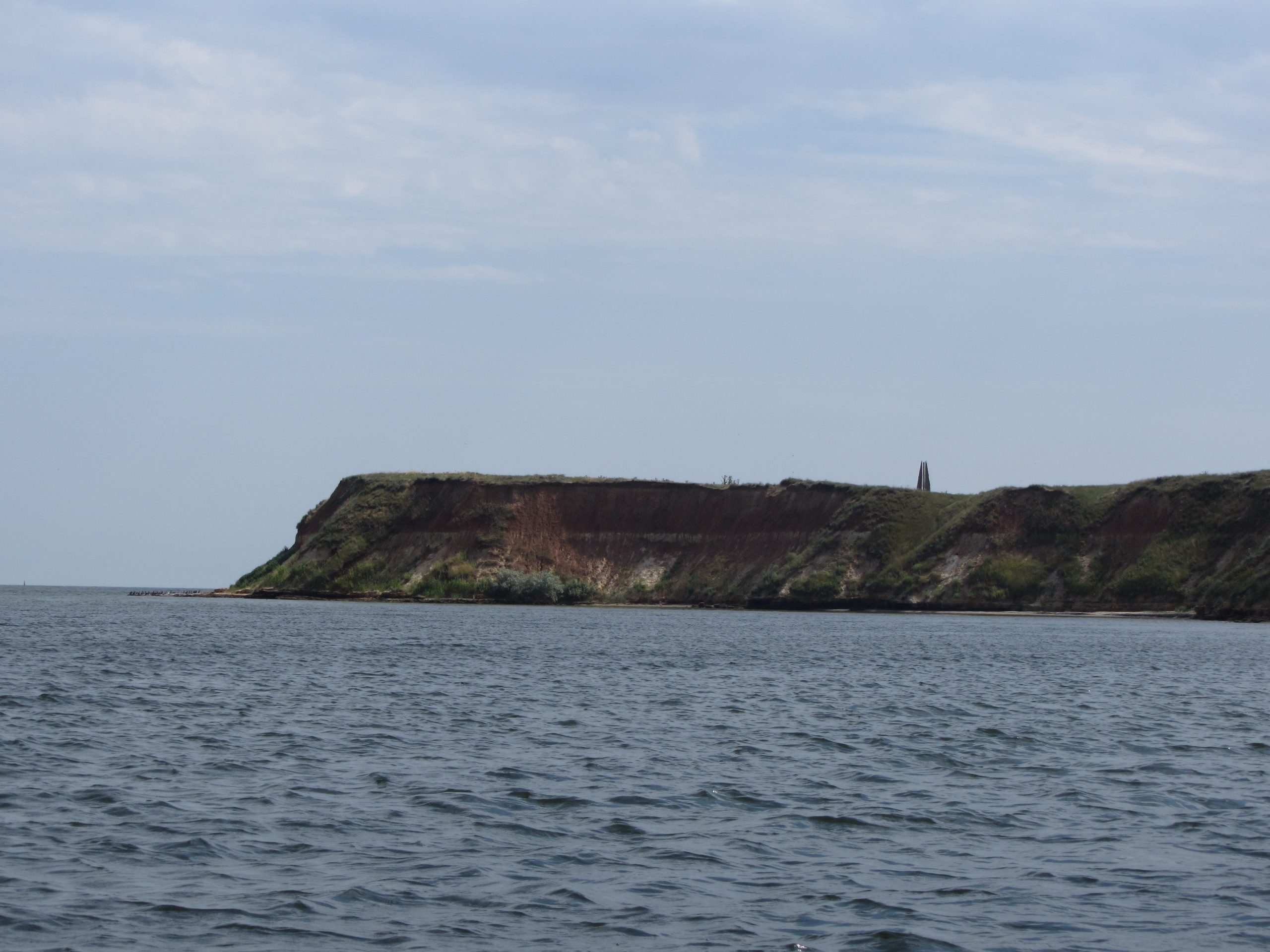 Russian and Ukrainian archaeologists have fallen victim to the 2014 annexation of Crimea.

Photo: Around a quarter of a century after the collapse of the USSR, the island of Berezan serves as a symbol of how boundless archaeology is (Free Photobank, CC BY-NC-SA 2.0, bit.ly/38LaCMm)

The annexation of Crimea in 2014 did not merely complicate scientific and educational cooperation between Russia and Ukraine—at least at the official level, it simply ended it. The Ukrainian Ministry of Science and Education announced back in 2015 that such cooperation was impossible at the time.

What, then, is the fate of the excavation project in Crimea that Russian and Ukrainian scientists were conducting jointly up until 2014?

Is It Possible to Remain Above the Conflict?

It is axiomatic that solidarity in the scientific community is supranational. The language of science is universal and allows researchers to serve as mediators, communicating with each other and overcoming difficulties in relationships between states.

Nevertheless, when countries engage in direct confrontation, this universal solidarity clashes with political loyalty. It is even more difficult to remain neutral when governments impose sanctions on scientific establishments and prevent scientists from countries engaged in conflict from interacting with each other.

This issue is especially relevant to the field of archaeology. For an archaeologist, the right to research is inseparable from the right to engage in excavations. Often, the site of excavations suddenly becomes an arena of political wrangling.

Archaeological research in such locations is always rather painful for the side that has lost control of the territory or claims a certain place in history.

Archaeology through the Prism of International Law

Only recently did international law begin attending to the issue of archaeological work in times of conflict. According to Article 2 of the Second Protocol to the Hague Convention of 1954 for the Protection of Cultural Property in the Event of Armed Conflict, which was adopted in 1999, archaeological excavations are prohibited “unless required solely for the protection, registration, or preservation of cultural property.” Excavation can take place only under conditions of “close collaboration with competent national organs of the occupied territory.”

Ukraine has recently joined the protocol; Russia never did. Besides, Russia considers Crimea part of its territory—its participation in the Second Protocol would not affect the situation at all.

Nevertheless, after 2014, some scientific projects and partnerships between Ukrainian and Russian researchers continued on the interpersonal level, primarily in astronomy.

In 2017, President of the Russian Academy of Sciences Aleksandr Sergeev announced that “while the connection is still preserved, it is greatly obstructed by the existing tensions between the two countries.” Specifically, Sergeev lamented the sanctions imposed on researchers who came to work at scientific institutions in Crimea.

The humanitarian sphere of Russian-Ukrainian cooperation long encompassed joint archaeological excavations—in particular, an excavation of the ancient monument Berezan, which was coordinated by the State Hermitage Museum.

After 2014, Russian archaeologists had to confront the issue of whether it was possible to carry on with the work they used to do in collaboration with their Ukrainian colleagues. Was it possible to continue working not only without their colleagues but also without official permission from Kiev (via a so-called “open list,” which allowed the excavation of a given archaeological monument)?

Prior to 2014, Russian researchers were not issued such permission. According to an archaeologist who spent many years working in Crimea, the standard practice was to instead assign a nominal head of the expedition from the Ukrainian side, who was then given the permission in the form of an open list.

After 2014, the issuance of open lists ceased. According to Ukrainian scientists, they were informally prohibited from becoming involved in excavations.

The situation was further complicated by the fact that, after the annexation, Crimean archaeological institutions and organizations came under the jurisdiction of the Federal Agency for Scientific Organizations (FASO). Many scientists faced a difficult choice: continue their work, now as personnel of Russian institutions, or end their scientific careers in Crimean archaeology.

Russia Has Not Reported on Its Excavations

To cement the new status quo on the occupied peninsula, Russian officials began active construction of mega-objects—the Crimean Bridge, the Tavrida highway, etc. These large-scale projects necessitated so-called “rescue excavations,” which are conducted expeditiously because of potential destruction of an archaeological monument or construction on a site.

As a result, several important archaeological and paleontological discoveries were made. However, these have been revealed neither to UNESCO nor to Ukraine. In defiance of international law, the Russian side has not reported on these excavations. According to news agencies, the materials have been taken to Moscow and St. Petersburg.

Ukraine has attempted to react to violations of international law, primarily through the imposition of sanctions. Up until recently, the main form of sanctions was personal sanctions against individuals participating in excavations.

Kiev officials have repeatedly stated that excavation without permission from the Ukrainian Institute of Archaeology is against Ukrainian law. It is treated as the destruction of monuments and its participants are equated to grave robbers.

Furthermore, the so-called rescue excavations (taking place because of the construction of the Tavrida highway and the Crimean bridge) caught the attention of the Peacekeeper website. Based on the evidence provided on the website, Ukrainian President Petro Poroshenko imposed sanctions on a number of Russian archaeologists in 2019—for example, State Hermitage Museum archaeologist Alexander Butyagin.

These sanctions made it impossible for Russian scientists to participate in Ukrainian research conferences, as well as complicating their cooperation with Ukrainian colleagues. Incidentally, the latter supported the sanctions and emphasized that their Russian counterparts had been warned about the illegality of excavations in Ukraine back in 2015.

In May 2020, Ukraine’s new president, Volodymyr Zelensky, signed a decree imposing sanctions not only on individuals, but also on a number of scientific and educational institutions in Russia. The list includes the Hermitage, Moscow State University, and several archaeological and historical centers in Crimea and Russia (the full list can be found here)

The remains of archaeological collaboration likewise came under sanctions. The work of the Berezan archaeological expedition, which began in the 1960s at the mouth of the Dnieper–Bug estuary, has practically been forbidden.

Is There a Resolution to the Deadlock?

According to Vitaliy Nakhmanovich, member of the Scientific Council for National Relations at the National Academy of Sciences, “archaeology is in its content an apolitical science.” Keeping archaeologists away from excavations is a utopia. In his view, it is important to watch closely the fate of archaeological objects and ensure that “foreign archaeologists for some time […] refrain from participating in excavations in Crimea.”

Below is the opinion of a Russian archaeologist familiar with Russian excavations in Crimea (who wished to remain anonymous).

In practice, the same work that was done before continues to be done today, just without formal approval and nominal archaeological permission from Kiev. The fundamental difference is that Ukrainian scientists no longer participate in excavations. Consequently, Russian scientists have no one to share their discoveries with—and nowhere to do so.

Nevertheless, it seems that the quality of research in expeditions that have been operating for years has not changed.

The “rescue” excavations, meanwhile, are an entirely different case, since they are conducted, according to our anonymous respondent, “by a horde of unqualified characters.” The quality of their work raises serious doubts.

Moreover, local communities often react to the carelessness with which excavations are carried out. They claim that, in a number of cases, digging has taken place on the territory of old Muslim cemeteries, which is out of step with both religious tradition and prevailing archaeological practice.

Russian archaeology in Crimea is trapped. The professional lives of many archaeologists are inextricably linked to Crimea, regardless of its administrative status. For these scientists, refusing to participate in excavations altogether means ending their careers.

The conundrum facing Ukrainian archaeologists is no less challenging. As citizens of Ukraine, they are effectively barred from excavations. For them, continuing their work requires betraying the principle of their country’s territorial integrity.

Academic freedom has clashed with political conflict, and there is no unambiguous recipe for a resolution to this deadlock.