Academic Freedom in Russia: How to Understand It 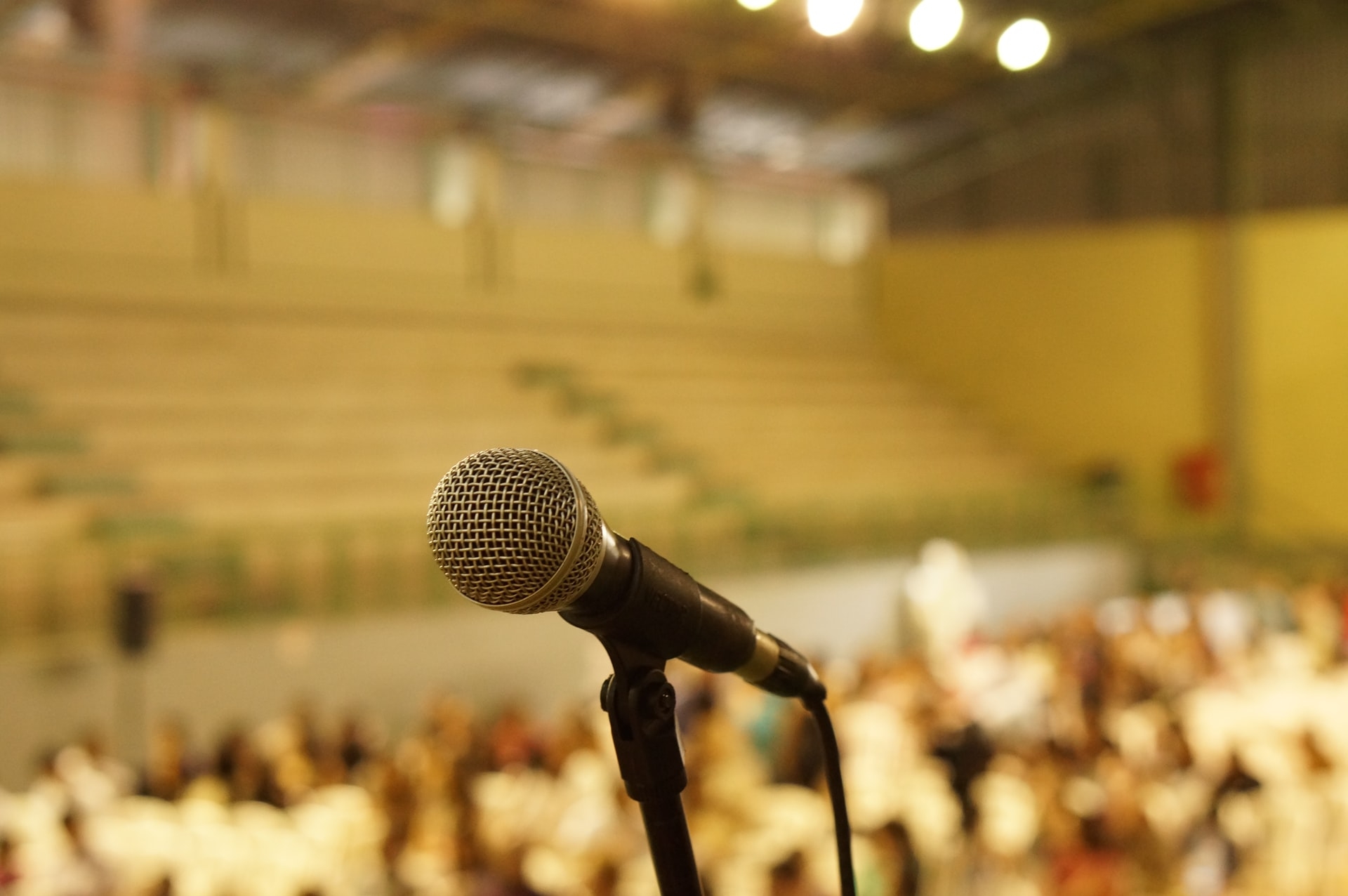 Is the freedom of professors and educators confined to the walls of auditoriums and laboratories?

Academic freedom is a less clear-cut concept than, for example, human rights or religious liberty. It is no coincidence that, aside from the Magna Charta Universitatum, there are no universally recognized international agreements defining what academic freedom is.

For some time now, scientists have been discussing what should be included in and excluded from such a definition. Thus far, the fruits of the discussion are as follows.

There are two models for understanding what academic freedom is.

The classical model builds upon the assertion that the foundational freedom of educators and students is the freedom of teaching and research within the university. The main task of the academic community is therefore to defend this freedom from external encroachment.

The activist model derives from the heightened social responsibility of academia and posits that educators’ and students’ public activism is an inalienable part of their academic rights and freedoms.

Foreign academics are currently engaged in active debates about which of the two models of academic freedom is better suited for the modern world.

Professors’ public appearances and even their right to form unions have become part of the definition of academic freedom adopted by a number of prominent organizations. For instance, in its 1940 statement, the American Association of University Professors (AAUP) identified, in addition to the freedom to learn and teach, the freedom and right of professors to “speak and write as citizens” without institutional censorship or discipline. Nevertheless, professors are urged to make every effort to indicate that they are not speaking for their university.

USSR: Freedom within the Confines of the University

Unfortunately, Russia has yet to engage in discussion, let alone research, in this area. For a long time, the issue of academic freedom was simply not explored in a serious manner—neither in the USSR (which is understandable) nor in Russia (which is far more difficult to comprehend).

The conversation surrounding academic rights in the Soviet Union up until 1991 grappled first and foremost with the question of the extent to which an authoritarian state allows academics to be academics—that is, to research and teach freely.

In the USSR, the definition of academic freedom necessarily excluded any activities of scientists outside the lab or the auditorium. There was a certain degree of freedom within the university but not beyond it.

In the 1990s, the only issue immediately pertinent to academic freedom was the ideological clash between national conservativism and liberalism in academic institutions. For example, the conflict that erupted at the St. Petersburg State University Faculty of History brought to the fore a question about ideological diversity in Russian academia. The standoff between Head of the Department of Modern History Boris Komissarov and Dean Igor Froyanov—a classical conflict between “westernism” and “Orthodox patriotism”—resulted in a draw. Komissarov had to leave the Faculty of History, while Froyanov stepped down as Dean.

Ironically, in this case, a force external to the university—namely, public opinion—had tremendous influence over how the limits to academic freedom were defined.

Nevertheless, there have been virtually no public discussions or research initiatives in the area of academic rights and freedoms.

Freedom from a Constitutional and Legal Perspective

Given the trend toward including Russian higher education system in the Bologna Process, the general understanding of academic rights and freedoms from a legal standpoint is communicated exclusively through legal documents.

Article 44 of the Russian Constitution protects the freedom of scientific creativity and teaching.

The law on higher and postgraduate education, adopted in 1996, defines academic freedoms as:

The Classical Model of Freedom: The Russian Way

Clearly, Russian law is grounded in the “classical” model of academic rights—that is, the rights solely to teach and learn.

At the same time, authoritarianism is strengthening in Russia. This trend is especially noticeable in the ideological pressure applied to the humanities and social sciences, which has occurred concurrently with a sudden rise in techno-centrism and bureaucratization on the part of universities.

This “authoritarian turn” has heightened interest in what academic freedom is and how it is supposed to defend the rights of scientists. Neoliberal reforms sharply reduced university autonomy, making rectors mere executors of government agencies’ orders. Attacks on “foreign agents;” political persecution of students, including the case of Yegor Zhukov, a Higher School of Economics (HSE) student; abrupt assault on the freedom of speech of academic staff—all these factors have animated discussions in Russian academic circles about who sets the limits of academic freedom and how they do so.

Simultaneously, universities themselves have begun to deliberately limit the space for academic liberties, primarily in the sphere of public appearances, insisting that these should not fall under the umbrella of academic freedom.

For instance, in their recent report “Terrorism: Unacceptability of Justification,” authors from the Higher School of Economics draw particular attention to the issue of academic ethics, explicitly distinguishing freedom of speech within the university from that in public space. Brushing off “research taboos,” the authors insist on the “ethics of public appearances,” which entails not allowing “shallow public judgements on morally significant topics.”

The definitions of shallow and moral significance remain utterly vague.

What Our Survey Revealed

The answers revealed that, on a scale from “classical” to “social-activist,” there is a certain variation of opinions.

“For me, academic freedom means researching what I want the way I want, without anyone’s interference. And, consequently, publishing those texts that I deem necessary […], without having to think about how they will be perceived. Moreover, academic freedoms are, at a minimum, freedoms without state borders—and without distinction between ‘foreign’ and ‘non-foreign’ money. All in all, research freedom is what’s most important.”

“For me, academic freedom is the opportunity to research […] your own subject, examine it, pass on the knowledge, and generally conduct scientific activity in any format without regard for the political climate and considering only scientific factors.”

He defines academic freedom as the freedom to “engage with those scientific questions with which one wishes to engage, regardless of the discourse or school of thought to which one belongs and regardless of how controversial or conservative one’s findings might be.”

“For me, it is the freedom to choose topics for discussion—in the sense of discussion with students, i.e., a public conversation—and research topics, i.e., the formulation of research questions, and so on.”

Director of the Institute of Linguistics at the Russian Academy of Sciences Evgeniy Golovko includes freedom from bureaucratic control and approval in his definition of academic freedom.

Armen Aramyan, editor of the student publication DOXA, offers a notable example of how self-censorship affects not only Russian, but also foreign researchers. According to Armen, one social scientist refused to comment on the situation in Russia because “he is afraid he will not be allowed into the country again, and it is, by the way, his life’s work. Russia is his main research topic. And if he is denied entry to the country, he will not be able to do his job.”

Still, there is no unambiguous answer to the question of whether public activism is a natural extension of a scientist’s professional activity and therefore part of academic freedom. Such an answer can only be reached through an open discussion of academic freedoms. The issue is far from closed—on the contrary, with the strengthening of authoritarianism, it gains increasing pertinence.

Dmitry Dubrovsky, PhD (History), is an Associate Professor at the Higher School of Economics, an Associate Research Fellow at the Center for Independent Social Research in St Petersburg, and a member of the St. Petersburg Human Rights Council.