Who Came to Modernize Universities? 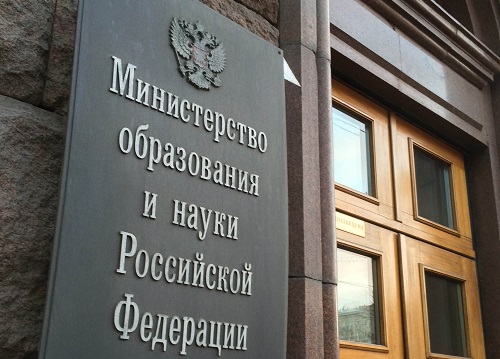 A new study on rectors appointed over the past several years has been published.

Photo: According to the Ministry of Education’s plan, the transformation of universities must begin by revamping their leadership. (Ivtorov, Wikimedia Commons, bit.ly/2YyznHz)

Why Does the Weak Leader Win?

In his famous book The University: An Owner’s Manual, Harvard historian Henry Rosovsky links effective management to the procedures used to pick a new rector: elections with a large degree of professorial participation are more likely to result in the victory of a weak leader.

Dependence on the electorate, the book explains, compels the future rector to make decisions grounded in compromise. No rector in his or her right mind would dare to shut down an academic program for which there is no demand or to considerably cut funding, knowing that the unhappy professors will be his or her future electorate.

Changes in Universities Began with Rectors

Looking at the changes in the management of Russian universities, one might reasonably assume that the Russian Ministry of Science and Higher Education drew inspiration from Rosovsky’s book. We have seen a reduction in the number of elected leaders both at the highest managerial level and at the level of university departments.

The Ministry has set as its goal the initiation of large-scale changes in universities. It now requires higher education institutions to demonstrate successful results in the following three areas:

According to the Ministry’s design, the transformation of universities should begin with their leadership. Many believe that this is the reason for the Ministry’s decision to reduce the number of elected rectors.

The composition of university management has indeed been significantly updated. The Center for the Institutional Analysis of Science and Education at the European University at St. Petersburg investigated the turnover of rectors at Russian universities in 2015-17 and found that the leadership of every fourth public university had changed during that period.

How Has the Election Procedure Changed?

When elections were abolished at some of the most prestigious universities (i.e., members of Project 5-100), it drew attention to changes in the procedures for rector selection. It might seem as though the rectors of Russian universities are now appointed across the board.

In reality, far from all universities switched from elections to appointments. According to our research, in 2015-17, only about one-third of rectors were appointed, while the rest continued to be elected.

That being said, we found that the university founder (that is, the Ministry of Science and Higher Education) continues to play a considerable role even in those management transitions that are guided by elections.

Elections that are democratic on paper are not necessarily competitive. To illustrate, let us take a look at the number of contenders for the role of rector at public universities.

Most often, only one (43%) or two (40.7%) individuals, including the future winner, submit an application to the Academic Council to run for election as the new rector. Even then, not all candidates make it to the end of the race and actually participate in the voting conference as candidates.

Instead, the number of candidates falls dramatically once they go through the control procedures executed by the Ministry. Often, only one or two candidates remain.

At most public universities, rectors were replaced either in elections that had a low level of competitiveness or through direct appointment. In either case, we can assume that the Ministry in many ways controlled the selection process.

Who Becomes a Rector?

Is the Ministry really trying to replace old managers with new ones, and is this the reason for changes to university charters? To answer this question, let us compare the characteristics of old and new rectors.

The new objectives that the Ministry set for universities were to be achieved within a short timeframe. This necessitated making difficult decisions, most of which would meet with faculty disapproval.

As mentioned above, internal applicants for the role of the rector are the least likely to carry out radical reform, since an internal candidate is more reliant on established interest groups within a university.

Rectors-outsiders. However, our data show that even fewer of the newly selected rectors were outsiders. Whereas in the past only 15% of rectors were alumni of the institution they came to head, the new wave saw that proportion increase to 39%.

Furthermore, contrary to our expectations, external rectors were more commonly found at effective universities. It appears that when it came to troubled institutions, the Ministry did not try to look for any special kind of managers.

Rectors-managers. Effective university leadership is more commonly associated with rectors who specialize in economics and management. It is widely assumed that their competence in these fields alone is sufficient to enable them to run a specialized organization like a university or a hospital.

Our data show that rectors most frequently hold technical, pedagogical, and economic degrees. That being said, the cohort of new rectors includes more academics with a background in the humanities, social sciences, or economics, while rectors who specialize in natural sciences have become a rarer phenomenon.

These changes are, however, not particularly large in scale and affect predominantly pedagogical and classical universities. Agrarian, medical, and technical higher education institutions still recruit their rectors exclusively from among the specialists of their respective disciplines.

Rectors-scientists. Has the number of prominent scientists among university management increased or decreased? Leadership talents do not always blend successfully with scientific achievements: success in either leaves little time to attend to other spheres of life. Thus, one might expect that new rectors would be less scientifically accomplished than their predecessors.

We found that rectors are by no means always prominent scientists—but this was certainly more common among past rectors. Data from the Russian Science Citation Index show that rectors used to be cited more often, be published more often, and have a higher h-index.

Among current rectors, newly appointed rectors are less likely to be top scientists in their respective discipline (20.3%) than rectors with longer tenure (33.5%). However, our calculations do not take into account rectors’ administrative resources, which can explicitly or implicitly help to improve formal measures of scientific success.

Overall, we did not find drastic differences between the newly appointed group of rectors and those with longer tenure. Leaders entrusted with the challenging mission of modernizing Russian universities are hardly different from their predecessors. Why is that? In conclusion, we can suggest two theories.

Theory #1. According to the first, more “conspiratorial” version, we can hypothesize that the search for leaders more fit for large-scale reforms is only a useful rhetorical window-dressing, while the real goal is installing loyal individuals into university management positions.

Rectors are being appointed under the slogan of more effective management, while in reality the objective is to create a legal opportunity for control over the selection process. Measures of loyalty, of course, are hardly available for a quantitative study. Rectors’ biographies could of course be analyzed, but it is not certain that loyalty would be reflected there.

Theory #2. There is another possibility: perhaps rhetoric and practice hardly ever go together. Yes, procedures change under rhetorical slogans, but any given change of rector is a process influenced by a variety of factors: perhaps a suitable candidate could not be found in time—or, if s/he were found, s/he did not agree to move far away from Moscow. Grand narratives about who should run a university—and how they should do it—by no means always result in concrete decisions.

← Previous: Academic Freedom in Russia: How to Understand It Next:“We are the University” →