What Kind of History Will Investigators Write? 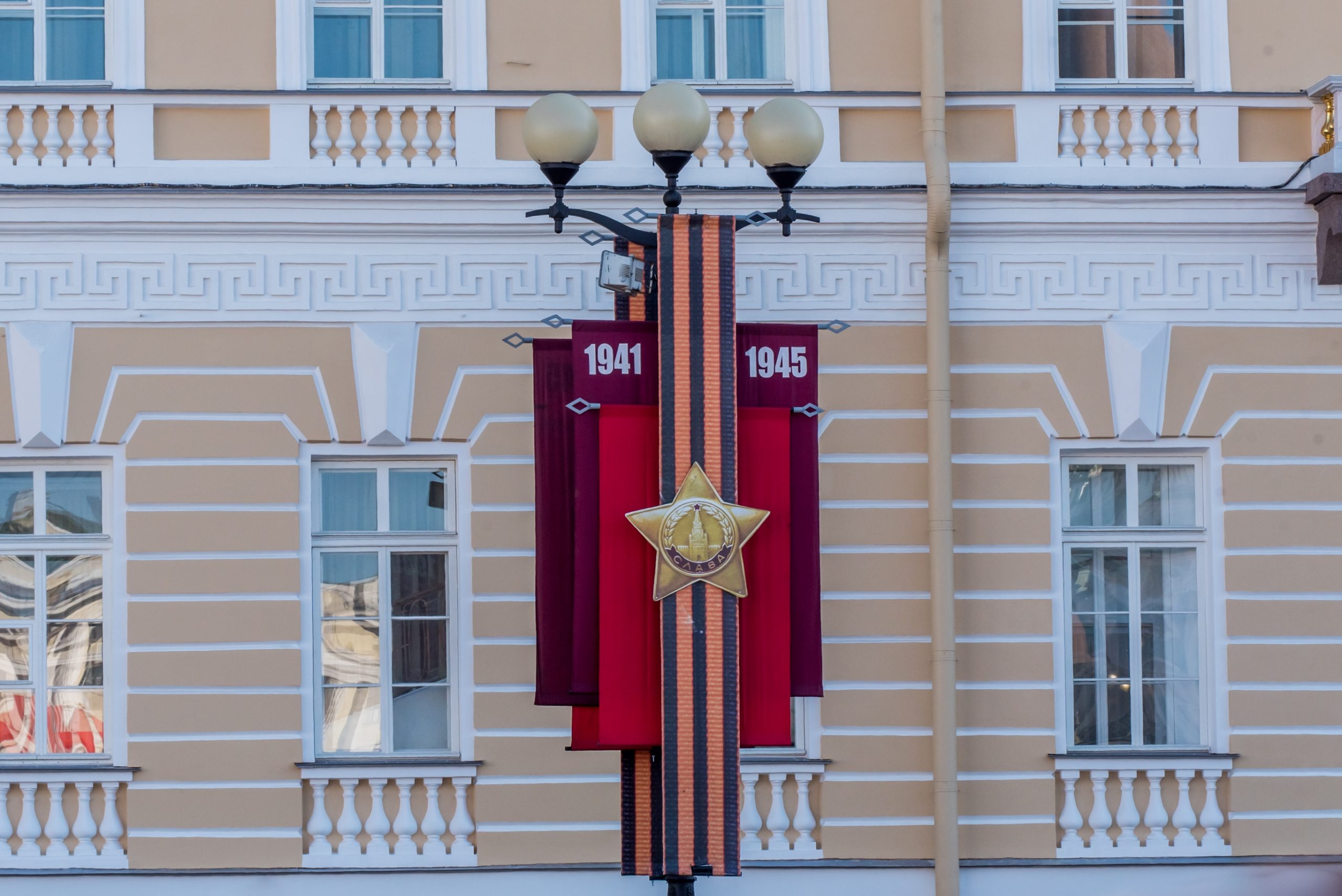 Photo: Over the course of the past two decades, the government has been transforming the Great Patriotic War into its own “founding myth” (Photo: Okras, Wikimedia Commons, bit.ly/3kMXI5c)

Academic freedom in Russia is gradually shrinking. State infringement is taking place at a particularly rapid pace in the field of history studies. This comes as no surprise: as a substitute for the ruling regime’s ideology, history conspicuously reveals the conflict between propaganda needs and research freedom.

2020: The Intersection of War and Ideology

This year, the world celebrated the 75th anniversary of the end of World War II. The COVID-19 pandemic and the outbreak of protests in the United States and several Western European countries overshadowed the commemoration of that date, which at the beginning of the year had seemed to be the main event on the calendar.

In Russia, however, the conversation about the significance of the war and the meaning of the USSR’s victory remained a crucial formative element of the narrative constructed by the ruling class.

For the Russian authorities, memory of the war was linked in 2020 to the domestic constitutional reform and efforts to return Russia to its superpower status on the international scene. Aside from that, the ruling class took steps to transform the semi-official narrative surrounding the Great Patriotic War into a disciplined ideology bolstered by the power of the punitive agencies.

Over the course of the past two decades, as the Russian government has transformed the Great Patriotic War into its own “founding myth,” professional historians have found it ever more difficult to ask new research questions about this period. Indeed, any study that goes beyond the official narrative is increasingly unwelcome.

In recent years, some issues have become truly dangerous to examine: “history politics” has been backed up by memory laws (examples of which include Article 354.1 of the Criminal Code, known as the Law Against Rehabilitation of Nazism; Article 67.1 of the Constitution; and the anti-extremist Article 280 of the Criminal Code). These provisions are worded vaguely enough to make historians apprehensive about embarking on independent research on the Great Patriotic War at all.

Memory laws in any form constrain academic freedom. In their Russian variant, the only limit to these constraints is the whim of the law enforcement authorities (see, for example, lawyers’ discussion about the issue).

New Fuss about an Old Pact

A new twist in the escalating international disputes about the nature of the war came in early fall of 2019, when the 80th anniversary of the beginning of World War II was the focus of Europe’s attention.

Some publications by Russian politicians at the time offered excuses for the Molotov-Ribbentrop Pact. Then-Minister of Culture Vladimir Medinsky referred to the pact as “a diplomatic triumph” on the part of the USSR.

A year ago, on September 19, 2019, the European Parliament adopted a resolution on the importance of European remembrance for the future of Europe, assigning responsibility for the outbreak of the war not only to Germany, but also to the Soviet Union, which divided Eastern Europe with Germany under a secret protocol of the nonaggression pact. The resolution framed the war as a clash of “two totalitarianisms.”

At the end of last year, Russian President Vladimir Putin used the resolution as a pretext for renewing his image as a protector of the holy memory of the Soviet soldiers who died to liberate Europe from Nazism. In several consecutive statements, he declared that European politicians of the 1930s shared the blame for the outbreak of war, placing particular responsibility on Polish statesmen, who also attempted to reach an agreement with Hitler. Putin also promised to personally prepare a historical article on the topic of pre-war diplomacy and the beginning of the war.

Strategic Plans for the Victory

It was probably around the time that Putin was lecturing his Commonwealth of Independent States colleagues on history that the Office of the President prepared its plan for 2020, which included constitutional amendments that would allow Putin to remain in the Kremlin for life. An important task was to ensure de-facto acceptance of these changes by the heads of the world’s most powerful states. To this end, Russian diplomats proposed convening an anniversary summit with the permanent members of the United Nations Security Council in 2020.

However, the first test of readiness for Western leaders was supposed to take place at the Victory Parade in Moscow on May 9, 2020, a little over two weeks after the vote on the amendments and their subsequent adoption, which had been planned for April 22.

In reality, neither the USSR’s former allies in the anti-Hitler coalition nor Germany’s modern leaders are inclined to support the “clash of totalitarianisms” vision of the war. For instance, German Minister of Foreign Affairs Heiko Maas and Director of Munich’s Institute of Contemporary History Andreas Wirsching co-authored a special column in Der Spiegel commemorating the 75th anniversary of the end of World War II. In it, the authors objected to “turning the injured party into the aggressor and victims into perpetrators.” They insisted that “Germany’s attack on Poland alone unleashed World War II. And Germany alone is responsible for the crimes against humanities committed during the Holocaust,” further arguing against “ascribing criminality to other nations.”

French President Emmanuel Macron took the opportunity to express his willingness to fly to Moscow, and there were also talks about U.S. President Donald J. Trump visiting. Thus, the Soviet Union’s decisive victory over Nazism, acknowledged by the leaders of Western powers, was meant to be instrumentalized to help legitimize the strengthening of authoritarianism in Russia.

The Victory and the Constitution

The constraints imposed by the spread of COVID-19 occasioned a delay in these plans. Nevertheless, the original chronology remained intact:

Interestingly, in his article, President Putin, unlike Minister Maas, did not attempt to assign blame for the outbreak of the war solely to Germany. Instead, he insisted that “It is unfair to claim that Nazi Minister of Foreign Affairs Ribbentrop’s two-day visit to Moscow is the main cause of World War II. All leading countries, in one way or another, bear some responsibility for its outbreak.” The Russian President also accused “our partners” of hypocrisy and cyberattacks on Russia.

In that context, domestic political control over the memory of the war came to the fore.

To date, the most prominent manifestation of security forces’ control over history has been the 2014 adoption of the “Rehabilitation of Nazism” article of the Criminal Code, which punishes not only “knowingly disseminating false information about the activities of the USSR during World War II,” but also “disseminating information expressing explicit disrespect of the Days of Military Honor and Russia’s memorable dates dedicated to defense of the Fatherland, as well as vandalizing symbols of Russia’s military honor.”

Now, Article 67.1 has been added to the Constitution itself, establishing that “the Russian Federation honors the memory of defenders of the Fatherland and protects historical truth. Diminishing the significance of the people’s heroism in defending the Fatherland is not permitted.”

Historical Research vs. the Constitution

The Free Historical Society immediately drew attention to the fact that this kind of language threatened the freedom of historical research, stating: “Introducing into the Constitution the idea of ‘historical truth’ implies that the state possesses such truth and defends it. This is damning for historical science and damaging for the historical consciousness of society.”

Once the amendments are ratified, limitations on historical research will take on a constitutional character. Indeed, control over historical interpretations already falls into the hands of the state, represented by the punitive agencies.

It soon became known that the Investigative Committee will be responsible for the “prevention of historical falsifications.” Its chairman, Aleksandr Bastrykin, announced on September 19, 2020 the creation within the Committee of a “division for investigating crimes related to the rehabilitation of Nazism and the falsification of the Fatherland’s history.”

Bastrykin specifically noted that “The work of this division will be directed not only at identifying perpetrators of wartime crimes and thereby implementing the principle of the inevitability of punishment, but also at preventing the distortion of historical facts.”

The result of these “innovations” is heightened risks for historians who examine a topic crucial to the historical quasi-ideology of the state, primarily World War II.

The case of Kirill Aleksandrov’s dissertation about the Vlasov army, which was not approved by the Highest Attestation Commission (VAK) in 2017, now appears to be but the first of many instances of state infringement on academic freedom.

Ivan Kurilla is a Doctor of Sciences (History) and a professor at the European University at St. Petersburg.

← Previous: “We are the University” Next:Academic Freedom or Useful Knowledge? →