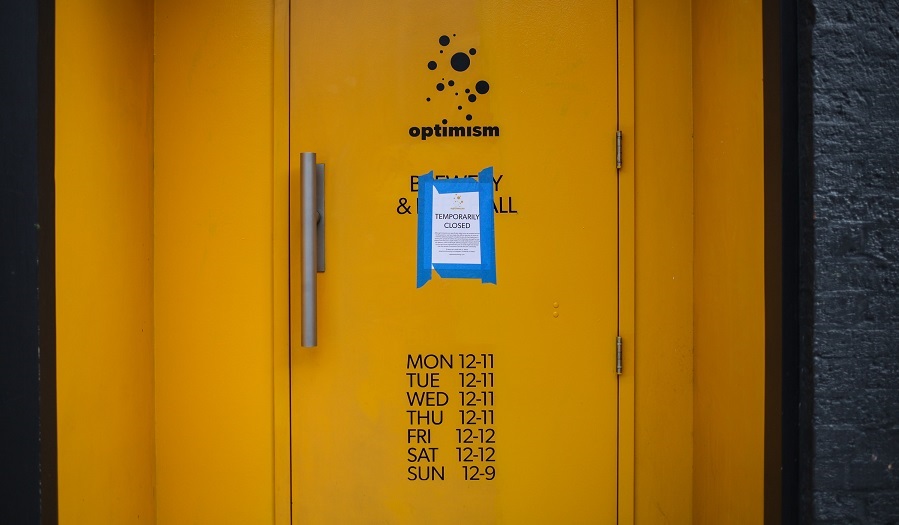 Under the impact of the pandemic, governments intend to increase the share of useful research. We are witnessing the formation of new reference points for science policy.

Photo: Why do countries that spend billions of dollars on fundamental biomedical studies produce results inferior to those countries where such studies are granted considerably less funding? (Okras, Wikimedia Commons, bit.ly/3kgj76A)

The Pandemic Is Destroying Old Standards

The debate about the appropriate degree of academic freedom has been taking place for years. Should scientists be free to choose their own research topics and methods? To what extent should science serve society and therefore be useful for the economy and the social sphere?

The pandemic has introduced a new line of argument to this discussion. It revealed that academic freedom understood as a scientist’s ability to choose the subject of their studies, does not always guarantee sought-after research results.

In particular, the US and Britain began raising questions about the extent to which research studies financed by the government are useful. Is it possible to ensure that resolving fundamental research problems is more often conducive to socially beneficial outcomes?

Consequently, there is talk about the obsolescence of the post-war paradigm of grant support accorded to “pure” science, that is, research guided primarily by academic freedom, with no regard to the practical usefulness of work scientists wish to undertake.

Undoubtedly, purely fundamental research is needed, and no one is denying the importance of blue skies research, i.e. research without clearly defined practical outputs. However, how should support be distributed between this and other kinds of studies?

With the beginning of the pandemic in the US, a question emerged: why does a country that spends billions of dollars each year on fundamental biomedical studies produce results inferior to those countries where such studies are granted considerably less funding?

At the same time, biomedical scientists in the US concentrate on areas that guarantee high scientific productivity yet do not necessarily contribute to improving the nation’s health.

Therefore, an excess of academic freedom and “pure science,” the impact of which is measured by the number of publications, leads to a slowdown in the generation of socially beneficial knowledge.

These questions have been festering for a long time. What we are witnessing now is a systemic shift as governments begin to take practical measures to address the issue.

The US, Britain, the EU, China, and Japan have enacted legislative initiatives and programs directed at expanding support of HIBAR (Highly Integrated Basic and Responsive) studies. In this type of program, fundamental studies are conducted in response to practical societal demands or have sufficiently clear areas of application.

Meanwhile, not many studies fit under the HIBAR umbrella. For example, HIBAR research is estimated to comprise no more than 5 percent of total funding at universities.

In an environment of accelerating technological progress and emerging novel threats that demand immediate response, it is critical to increase that number.

The year 2020 marks the beginning of the development of new measures aimed at transforming the established system.

For these purposes, lawmakers call for an additional $100 billion in funding over the next five years for NSF, which they propose to rename the National Science and Technology Foundation.

Britain. In July, the government unveiled the Research and Development Roadmap. The Roadmap enshrines the preeminence of HIBAR studies and offers seven principles defining such studies. Among other things, HIBAR research must:

In order to support these studies, the government will create a special agency, the British Advanced Research Agency (BARPA), with an estimated budget of £800 million ($1 billion).

Similarly, conversations about the importance of practical usefulness of scientific knowledge take place in Russia. However, studies are being supported in the context of the old paradigm, with “fundamental” research grounded in academic freedom on one hand and applied research on the other.

De facto, in Russia, academic freedom in “pure” science is under much more considerable pressure than HIBAR studies abroad. This is due to the rigid government stance, including that of state science foundations, on measuring scientific impact primarily with bibliometric indicators.

The bibliometric race began almost ten years ago. The focus on publication activity is similarly being cemented in the design of a new initiative called the Strategic Academic Leadership Program, intended to run up to 2030.

Meanwhile, the question of science’s usefulness in Russia is no less relevant than abroad. Nevertheless, there is no clear way to measure the economic usefulness of scientific studies. They are not being assessed according to the models accepted abroad, which remain largely unknown, and recently initiated discussions about the importance of the social-economic impact of university research are currently of conceptual nature only.

On the other hand, “pure” science, and, with it, academic freedom, are under severe pressure emanating from the political agenda, which considers achieving certain ranks in international ratings to be one of the central objectives of science.

This quest for international ratings has produced some beneficial results: the number of publications by Russian authors in the Web of Science and Scopus databases has grown.

But this same quest simultaneously induced a number of negative consequences.

At that, university science policy essentially preserves the primary incentive to increase the number of publications in the right journals at any cost, since such activity is tied to additional research funding, which can exceed remuneration by several times. Scientists engaged in fundamental research are facing a dilemma: academic freedom or income.

Among the consequences of the publication race are

Jorge Hirsch, the author of the famous h-index widely used in Russia to assess the “value” of a given scientist, has long ago warned about this danger.

The situation in social sciences, in turn, invokes another type of anxiety. Among other things, research topics are being adjusted in accordance with what is most likely to be approved and published in foreign scientific journals.

Such a tendency is not unique to Russia – it was noted in China, as well, where similar efforts were directed at enlarging the number of publications in indexed journals. The orientation of Chinese social scientists toward international publications has led to neglect of domestic issues. The number of studies dedicated to an in-depth examination of Chinese society has decreased.

As a result, the Chinese government has decided to no longer use bibliometric data to make hiring, promotion, and financial incentive decisions regarding researchers.

Can one view the shift in the global agenda toward policies supporting HIBRA studies as an infringement on academic freedom?

On one hand, it appears so, since the subject of research is limited to what is important to the economy and society.

On the other hand, since fundamental issues are being formulated, albeit with an orientation toward practical results, there is no need to conform to any given type of doctrines or assertions. Hence, the academic freedom to openly express one’s position is not violated.

However, in Russia, no movement toward studies of this kind exists, while the pressure of bibliometrics as the yardstick of scientists’ value, along with the benefits that come with publication achievements, likely will persist in the next decade.

← Previous: What Kind of History Will Investigators Write? Next:Turning Yourself in to Competent Authorities →