Could Have Grown Where You Were Planted 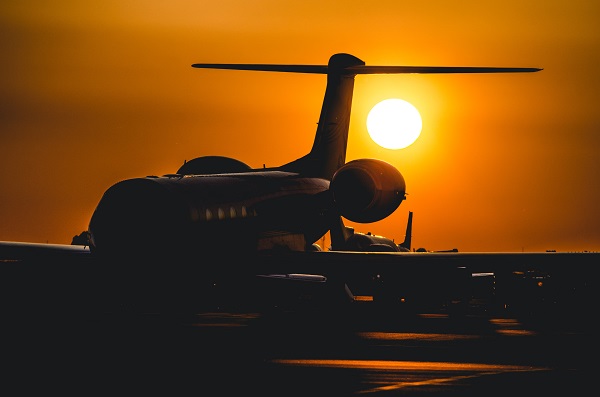 Is there demand in Russian science for professionals with foreign experience?

Photo: The number of Russian scientists with experience abroad is increasing. But the demand for those who have returned home is limited. (Photo by Ramon Kagie on Unsplash)

Not so long ago, the mobility and migration of Russian scientists were discussed only in the context of “brain drain.” In the past few years, this has changed. Scientists not only emigrate from Russia but return there to work.

For the past year, I have been part of a group of sociologists studying the international mobility of Russian scientists. We examine the experiences of young professionals who had the opportunity to study or work abroad and then returned to Russia.

We are interested in several issues. In particular, we want to understand

The project is still ongoing. As such, this material is not a summary of its results but rather a collection of impressions from interviews with 39 scientists—or, more accurately, from their stories about searching for jobs in Russia, as well as from other studies about Russian science.

The bottom line: most of our interlocutors are relatively satisfied with their professional situation in Russia and are optimistic. However, some issues remain.

Some found jobs quickly. Others had to keep looking for months.

Some are happy with their new place of work. Others are somewhat happy. There are also those who have ended up having to take jobs with which they are not happy.

Employers’ interest. Few participants mentioned high employer interest, employer competition for professionals, or the opportunity to choose a job from multiple options. By contrast, there were several stories about a lack of interest.

Responses to resumés. Scholars with foreign experience did not always receive a response when they submitted their resumés for consideration. If they took the initiative to write directly to universities and other higher education institutions, a substantial discussion only rarely ensued. More often, they received either no response at all or a concise answer along the lines of “there are no current openings.”

And How Do They Have It in the West?

For a long time, domestic—or rather Soviet—science was closed, a reality that continues to be felt in the academic labor market to this day. But nor should we overestimate the influence of the Soviet past. Mobile scientists face employment issues in other countries, too. Much depends on labor market competition and the way professional relationships are structured.

Within the European Union, where scientists tend to be very mobile, the labor market and scientific environment are heterogeneous. To take one example, scientists from Germany believe that foreign experience strengthens the resumé; scientists from Italy, meanwhile, do not expect such experience to garner them any career advantages.

Even in countries where foreign experience is clearly valuable, it can take months for scientists to find a good job, as research on India and China shows.

In general, it is harder for mobile scientists to get a job after returning to countries where recruitment is comparatively less based on meritocracy—that is, countries where who you know is more important than what you know.

How Many Scientists Do Not Work at Home?

There are not that many scientists with foreign experience working in Russia. In this sense, Russian science is more closed than that of other countries that claim to be leaders in academic fields: China, the United States, Europe…

According to the Monitoring of the Highly Skilled Scientific Personnel Labor Market, about 10-15 percent of young Russian scientists have experience of long-term international mobility (i.e., studying or working abroad). This is a lower proportion than in most countries where comparable data is available.

In addition, there are few foreign scientists working in Russia. As of 2016, they comprised less than 2 percent of the R&D workforce.

For comparison, in Europe, a large survey of scientists in 2012 showed that 22 percent do not work in their home country.

At UK universities, foreign nationals from the EU alone comprise 18 percent of faculty and scholars, meaning the overall proportion of migrants is even higher.

In the US, foreigners make up about 40 percent of PhD degree recipients and about 30 percent of those working in science and engineering.

“Got Enough of Our Own Smart Ones”?

Is it even worth comparing countries by the number of “attracted” scientists? Are professionals with experience abroad necessarily beneficial for science?

At first glance, it seems that this does not necessarily have to be true. After all, each country has its own way of organizing science.

However, the stance that “we’ve got enough of our own smart ones” is uncommon at a global level today. Even if there is indeed enough talent, competence and technology transfer happen to a great extent through the transfer of professionals, who are the media of knowledge.

Simply put, mobile scientists bring new knowledge and competence to a country. Furthermore, their foreign connections provide a direct link to international scientific collaboration, and diversity of backgrounds is one of the main sources of creativity and innovation in teams.

Of course, the circulation of minds also has problematic aspects. Nevertheless, the dominant discourse today is that mobile scientists are valuable assets without which no country claiming scientific leadership can succeed.

Is There Demand for Mobile Scientists?

Russian science continues to advance, mainly thanks to domestic minds and competence. Is there a desire in our scientific community to change this situation?

At the policy level, there certainly is. Russia deploys various instruments to stimulate its scientists’ mobility and attract foreign professionals. These include mega-grant programs, Project 5-100, the Global Education Program, and opportunities for foreign scientists to receive Russian Science Foundation grants.

But these are all top-down initiatives. They operate by providing resources.

Bottom-up demand is less clear. Do universities and higher education institutions want to hire professionals with foreign experience? How large is the demand for such specialists?

A few years ago, as part of another project, we interviewed heads of Russian universities and higher education institutions, asking them specifically about their willingness and ability to hire foreigners. Many respondents cited bureaucratic and financial barriers to doing so, but not everyone was willing to hire foreign professionals even in the absence of such obstacles. Some had never even thought about this question before and were taken aback by it.

Judging by our recent interviews with Russian mobile scientists, they face similar challenges to foreigners in their efforts to get hired by Russian universities.

In the case of recruiting foreigners, Russian university leaders have often said that their institutions do not have the necessary means. Perhaps the same idea of “obvious costs with non-obvious benefits” also applies to the context of Russian scientists returning from abroad to work at home.

These costs do not relate solely to wages.

Employers may find hiring such professionals a costly and risky investment, especially if the organization has little experience of doing so. This would explain why some of our respondents who tried to look for jobs beyond Moscow and St. Petersburg did not garner the interest of the organizations to which they applied. In addition to compensation, such professionals require other conditions to keep them in the workplace, including adequate provision for self-realization and personal growth.

At the same time, it is not always clear what the university or institute will receive in return. Competence, knowledge transfer, cultural diversity—these are all beautiful words, but what will they mean in practice?

And if you offer these professionals special conditions, will this not create a “split” university?

One side of the scale is heavy with these unknowns. And the weight of the other side—the acquired “competences”—is hard to predict.

According to a study on the business climate in Russian science, heads of universities and institutions view a lack of resources and infrastructure—not a shortage of talent—to be the main problem facing their teams.

Obviously, lack of talent is not the main issue facing university management. From this point of view, it is understandable that scientists returning from abroad do not encounter massive demand for their expertise.

At the same time, a separate and interesting question arises: What is the standard university leaders use when evaluating their staff’s competence?

Is there anything that can be done to increase Russian universities’ and research institutes’ demand for professionals with foreign experience?

Providing grants for recruiting such scientists is not the only available instrument.

Demand will grow if we constantly broadcast the value of mobile professionals to science—and at the same time expand the discussion about the specific experiences of the organizations that hire them.

Specific steps are possible under the abovementioned Global Education Program. Currently, participants are required to find a job at one of a predefined list of organizations within three months of returning to Russia. Furthermore, quotas are in place for Moscow and St. Petersburg. Not everyone manages to find employment on such a tight timeline. Easing these restrictions, both on the timeline and the place of work, would rid participants of stress, disappointment, and needing to do work they do not enjoy.

Under an optimistic scenario—which is also the most likely one—Russian demand for scientists with foreign experience will grow even without any special efforts. The number of such professionals in the country is growing; many of them are themselves becoming leaders and will start hiring others.

As for the pessimistic scenario, well, let us try not to believe in it.

Ekaterina Dyachenko is a senior expert in the Department of Scientific Information Development of the Russian Presidential Academy of National Economy and Public Administration under the President of the Russian Federation (RANEPA).

← Previous: A License for Education Next:“Non-Discriminatory Spaces of Tolerance and Respect” →