“Non-Discriminatory Spaces of Tolerance and Respect” 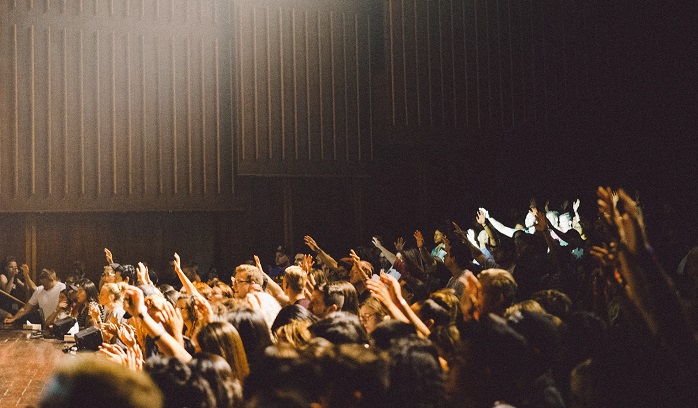 Universities in Europe are preparing to sign a new Magna Charta Universitatum Europearum.

Photo: “Freedom in research and training is the fundamental principle of university life.” (Photo by Edwin Andrade on Unsplash)

The Covid–19 pandemic postponed the signing of a new Magna Charta Universitatum Europearum. Initially, the signing was supposed to take place in Bologna in September 2020. The new date is June 2021.

What is Magna Charta

The basic principle of universities is defined in the Charta as follows:

“The university is an autonomous institution at the heart of societies differently organised because of geography and historical heritage; it produces, examines, appraises and hands down culture by research and teaching.

To meet the needs of the world around it, its research and teaching must be morally and intellectually independent of all political authority and economic power.”

Who signed the Charta

The Charta was signed by 904 universities in 88 countries, including:

Russian universities signed the Charta from 2001 to 2014. The latter date speaks for itself. We sincerely hope this process has not stopped for good.

However, it is one thing for a rector to sign the Charta. Putting its principles into practice is an entirely different affair.

How Russian Universities Participate in the Charta

This is what an analysis of all 17 Russian universities that have signed the Charta has shown.

Only four universities have a note on their websites’ homepages stating that the university shares the values of the European university community. Only one university has published the text of the Charta on its website.

Unfortunately, we could not find any reports on Russian universities’ websites about their implementation of the Charta’s principles. Most reference the signing of the Charta in the international cooperation section.

For prospective students and job seekers, the signing of the Charta can be an advantage in itself. Unfortunately, the process seems to end when the signing is announced.

There are also some oddities. The website of the Stavropol State Agrarian University notes:

“the accession to the Magna Charta shows that […] educational services and research meet the highest global quality standard.”

Here, signing the Charta is perceived as a badge of honor, not as a voluntary agreement by the university to make decisions in accordance with the provisions and principles of the European university community.

How the Charta Principles are Implemented

Principle 1. The university is an autonomous institution at the heart of societies differently organised because of geography and historical heritage; it produces, examines, appraises and hands down culture by research and teaching. To meet the needs of the world around it, its research and teaching must be morally and intellectually independent of all political authority and economic power.

According to DOXA magazine, before the January 23, 2021, campaign, the administrations of 53 universities put pressure on students.

Several university employees were dismissed due to their participation in protests.

In addition, universities continue to put pressure on students over rallies in support of Alexei Navalny.

Principle 2. Teaching and research in universities must be inseparable if their tuition is not to lag behind changing needs, the demands of society, and advances in scientific knowledge.

According to Novaya Gazeta, over 30 scientists—internationally recognized and unique specialists—have been prosecuted and arrested in Russia over the past 20 years.

A pattern has become apparent: the FSB pursues cases mainly against older scientists with significant experience and extensive contacts in the international scientific community.

Principle 3. Freedom in research and training is the fundamental principle of university life, and governments and universities, each as far as in them lies, must ensure respect for this fundamental requirement. Rejecting intolerance and always open to dialogue, a university is an ideal meeting-ground for teachers capable of imparting their knowledge and well equipped to develop it by research and innovation and for students entitled, able and willing to enrich their minds with that knowledge.

According to the Meduza portal, a student was expelled from the Ural State University of Economics for following an LGBT social media community. Unfortunately, this is becoming the new normal—Russian university managers monitor students’ and professors’ social media accounts.

Principle 4. A university is the trustee of the European humanist tradition; its constant care is to attain universal knowledge; to fulfil its vocation it transcends geographical and political frontiers, and affirms the vital need for different cultures to know and influence each other.

In October 2020, the rector of the Russian Academy of National Economy and Public Administration under the President of the Russian Federation received a letter from the Nikulinskaya Inter-District Attorney’s Office that included a request to identify “efforts to ideologically influence Russian citizens, primarily young people, and create pro-American pressure groups […] by promoting American and European democratic and liberal values […] and organizing language courses.”

It is obvious that the full implementation of the principles of the Magna Charta in Russian universities is, at the moment, quite difficult—if not impossible.

This is due, among other things, to the practice of rector appointment and approval by the university’s founder rather than by a scientific council. As a result, rectors are primarily focused on the interests of their employers and supervisory bodies.

The signing of the Charta remains only declarative in Russian universities.

In the meantime, the international university community is moving on.

What is Magna Charta Universitatum 2020

Under current conditions, universities’ work is increasingly international, requiring them to respond more quickly to a larger number of more diverse students, as well as to research requirements.

Universities often have to reconsider their values, modes of implementation of these values, and methods for maintaining and advancing their mission and reputation. This is especially salient during the Covid-19 pandemic.

The main points in the new edition of the Charta:

The Magna Charta has been a declaration of the “uniqueness” of the university community for more than 30 years. Although part of a society engaged in reaching social and economic objectives, the university community must remain, to a significant degree, autonomous from the government and corporate spheres. Without this, effective scientific, research, and educational work is impossible.

Russian universities’ adoption of the principles of the Magna Charta, their application in practice, and public confirmation can serve as a guarantee that they will meet the aspirations and challenges of a new, changing world.

← Previous: Could Have Grown Where You Were Planted Next:Indicators of Problems →