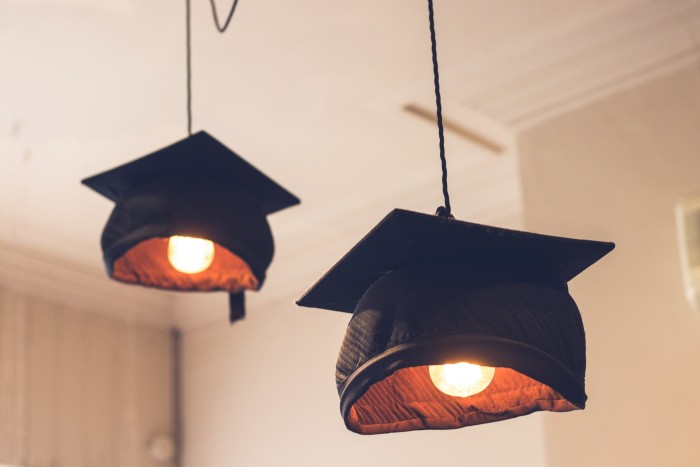 How autonomy provided by the government boosts attacks on academic rights and freedoms.

Photo: To protect academic rights and freedoms, it is not enough to simpl y copy Western formats. Photo by Suad Kamardeen on Unsplash

However, this picture seems a bit one-sided.

I urge you to think about the other side: What happens when the government does not destroy academic institutions, but, on the contrary, creates new ones? And when it is acting not against, but seemingly in line with, international standards?

How is academic freedom in research startups and universities reconstructed under the Western model? Unfortunately, the situation there is no better than in “traditional” public universities.

Moreover, the carte blanche given by the government for Westernization can foster university authoritarianism.

We are well aware of the experience of advanced “Western-type” Russian universities created with governmental support in the 1990s, among them:

But we know little about institutions of similar “profile” that have been created recently, during the Putin era. At the very least, a preliminary description of such cases will reveal important trends.

The following is based on personal experience that I gained by working in two post-Soviet institutions: one Russian, the other Kazakh.

At these universities, I worked on a team with colleagues from the Public Sociology Laboratory.

Project 5-100, supported by the government, was initiated in 2012 with the goal of getting at least five Russian universities into the top 100 in the World Universities Ranking.

The main policy priority for post-Soviet Russian science is to achieve international competitiveness through scientific developments. This has replaced the Soviet policy of total governmental control over science and education.

In 2015, Tyumen State University, a participant in the 5-100 Project, opened the School of Advanced Studies (SAS). Its director, Andrey Shcherbenok, who had studied in the Western academy and at the Russian “Skolkovo,” presented SAS as a fundamentally new, interdisciplinary institution not dependent on the “big” university.

The SAS leadership insisted on following the Western model, from the principle of liberal arts to staff members’ academic degrees and administrators’ outfits.

Most of the SAS’s lecturers came from Western countries or had PhDs from the world’s leading universities. SAS was framed as a joint project of the administration and teaching staff.

However, the project did not bear fruit.

My colleague Natalya Savelyeva has described in detail the experience of the first-wave employees who worked at SAS. “Most of us had to leave the university or were fired in a round of conflicts.

The Academic Council, created in 2017, was immediately dissolved when it voted against the administration’s personnel proposals regarding rotations.

The teaching staff who were against these proposals had their wages cut or were forced to leave their positions. For example, my wages were cut by 80 percent—allegedly, I forgot to indicate my affiliation with SAS in a publication (in fact, the conference organizers did not indicate the affiliation by mistake).

The Effective Contract seemingly aims to achieve neoliberal labor productivity, but in a context where the rules of the game are opaque and there is an absence of democracy, it has turned into a neo-patrimonial instrument for promoting the personal preferences of the administration.

Despite its “Western face,” its Supervisory Board of foreign scholars, and its purported ideology of transparent management, SAS did not become democratic.

Autonomy as a Means of Oppression

Moreover, the anti-democratic measures taken were largely facilitated by SAS’s autonomy from the “parent” university. Paradoxically, the bureaucratic inertia of academic councils, commissions, and audits might help to protect academic rights and freedoms if young researchers who came from other universities took advantage of these structures.

In other words, autonomy from Tyumen University—with its rudimentary, but still formally democratic university units and procedures—allowed the SAS leadership to override the discontent of those employees who were less “obedient” than is “permitted” for the average university teacher. The SAS management subverted collegial procedures, as the school leadership openly admitted—albeit only after a round of conflicts.

In the beginning, we were promised a “Russian Harvard.” Then the ideology changed. In a letter clarifying the situation around one of the conflicts, the director wrote frankly:

I cannot understand why you are not hearing what I am saying. I repeated many times that the decision is final […] The same thing is true of the “proper procedures” in cases involving employment decisions. To reiterate: SAS is closer to a corporation than to a self-governing commune of faculty members […] Comparisons with well-established American university departments that have been around for a hundred years and hire one faculty member at a time to replace someone who just retired are simply not relevant here.

It is a question not only of “Western standards,” but also of the tradition of self-government. In Western Europe, those who care about such traditions protest against the transformation of universities into authoritarian corporations.

To protect academic rights and freedoms, it would be more reasonable not to reform the existing system or copy Western models, but to create and strengthen deeply rooted institutions of professional and student self-government: trade unions, committees, etc.

Faced with misconduct on the part of the university administration, I left the School of Advanced Studies, having secured reparations, but remained a visiting lecturer of the University of Tyumen.

Narxoz University in Kazakhstan became my new place of employment. In Soviet and post-Soviet times, it was a large state economic university. It was subsequently privatized, but the university remained under government control as an instrument for national ambitions.

The University Rector: A Literary Critic

In 2018, Andrew Wachtel, an American literary critic and manager in the field of science and education, became the Rector of Narxoz University.

Wachtel was a visionary, in some ways taking positions very similar to those of Andrey Shcherbenok. In addition, he was a member of the Supervisory Board of SAS. However, Wachtel was more committed to transparent management rules and the principles of intra-university democracy.

According to Wachtel, his task was to bring the university into the international scientific orbit. A small research center (where I worked), the Interdisciplinary Center for Comparative Social Research, was established with a view to achieving this lofty purpose. Our mission was to collect data and conduct a comparative analysis of values and ideologies in Russia, Georgia, Ukraine, and Kazakhstan.

He was known for his reforms aimed at the Westernization of post-Soviet academic culture. Between 2010 and 2018, he headed the American University in Central Asia (Kyrgyzstan). Wachtel also opened some other research centers and invited well-known social scientists to come on board as academic advisors.

It is hardly the financial university that Narxoz used to be, is it?

I cannot know all the details, but I suppose that the privatization of the university was conceived not only with the goal of commercializing its activities. Privatization enabled the university to carry out the reforms necessary for academic Westernization, likely at the request of the political leadership of Kazakhstan, which believed that this would strengthen the country’s international image.

Unlike SAS, Narxoz University had a very good atmosphere to work in. We—the employees and lecturers—had conscientious bosses who created the conditions for scientific development.

We were full-fledged co-leaders of the scientific and educational process. Working under such conditions, we were able to commence our research and quickly obtain the first results of a large-scale comparative study.

In February 2020, however, we suddenly discovered that the center’s accounts had been frozen. Then the center was closed and almost all of us were fired in the middle of the academic year.

Some time later, the Rector was suspended too.

We can only guess what preceded these events.

Our research intended to study politicization processes in various post-Soviet countries. This could have scared the administrative, political or business authorities.

Rector Wachtel wanted to avoid direct intrusion by donors into the university’s affairs and therefore created buffer management bodies. Perhaps he paid the price for this because he had enemies among the “old elite” of the university.

Most important to this story, however, are not the specific events behind Wachtel’s suspension, but the paradox it reveals. The privatization of the university, which was supposed to facilitate the transformation of Narxoz into a Western-style university, actually concentrated all power in the hands of donors.

Meanwhile, Andrew Wachtel began his term as rector with neoliberal optimization, laying off an impressive number of employees, and thus turned part of the university community against himself. He could hardly rely on the “lower classes.”

The Rector wanted to free the university from the old order and governmental control, and as a result became the victim of uncompromising authoritarianism on the part of the new, capitalist owners of the university.

Both the School of Advanced Studies and Narxoz were conceived as “breakthrough centers.” To this end, they had been removed from the control of the large, government-based bureaucratic institutions that are often seen as an obstacle to academic freedom.

Andrey Shcherbenok was proud to have achieved the independence of SAS from the clumsy, “post-Soviet” Tyumen University.

Andrew Wachtel interpreted privatization as a release from Ministry of Education control. He considered this the key to the academic success of Narxoz University.

In both cases, however, autonomy from government structures contributed to a successful attack on academic rights and freedoms.

Moreover, the violation of academic freedom has resulted in the main hopes vested in these two startups being disappointed.

International-level science has not taken root in them. SAS’s “interdisciplinary teams” have not achieved scientific breakthroughs or high-quality joint publications.

Narxoz’ ambitious projects collapsed with the suspension of Rector Wachtel.

According to the idea of “efficiency pockets,” patronage and preference from the authoritarian state or individual politicians concerning special scientific and educational zones contribute to the achievement in these zones of breakthrough results. Challenges begin with the distribution of innovations outside, the authors of the idea say.

However, the examples discussed above conflict with this conception. Unfortunately, even inside typical “efficiency pockets”—which both the School of Advanced Studies and Narxoz are—it was not possible to “grow” either international-quality science or a Western-style democratic ecosystem.

For rights and freedoms to become part of academic culture and to foster the development of science, we need to achieve a very good level of self-governance among all target groups within the university: students, graduates, lecturers, and administrative staff.

A new type of reform is needed that would not be limited to transplanting visionaries or cultivating a “Western” culture.

These reforms should be based on academic social movements—that is, on the energy of motivated and ambitious scholars, lecturers, and students.

Oleg Zhuravlev is an employee of the Public Sociology Laboratory (PS Lab).