Is a Gay Student Allowed to Sing? 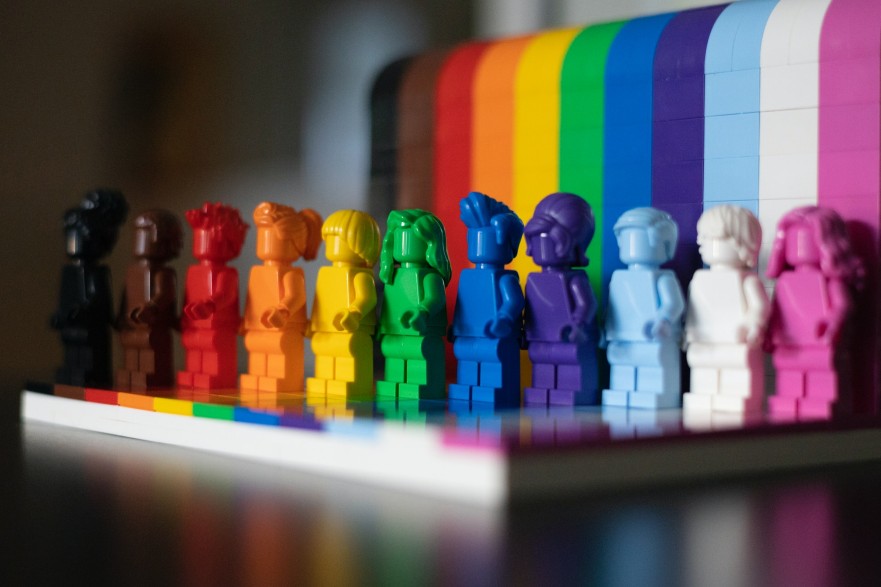 Photo: Publishing any information about gender identity puts students and faculty at risk. (Photo by James A. Molnar on Unsplash)

Does homophobia, a phenomenon encouraged by the Russian government, violate the rights and freedoms of the LGBT community, in particular university teachers and students?

Here is just one of the latest scandals: a gay student was barred from joining a folk singing group at St. Petersburg State University.

How Do Universities Respond to LGBT Individuals?

It depends heavily on the type of institution. The atmosphere in metropolitan universities is usually freer than in regional ones, while civilian universities are more tolerant than military ones.

This produces a situation something like an internal ghetto. If you decide to leave the “ghetto,” you can be expelled from the university (if you are a student) or fired (if you are a teacher), especially if you are an LGBT rights activist.

What Happens to Activists

Arkhangelsk. Oleg Klyuenkov and Tatiana Vinnichenko, teachers at Northern (Arkhangelsk) Federal University (NFU), lost their jobs due to pressure on the administration by the law-enforcement authorities. The teachers participated actively in the LGBT movement for human rights.

Commenting on the situation, Yevgeny Kalashnikov, deputy director of NFU’s Institute of Social and Humanitarian Sciences, said that he had to voice a “top-down desire.” In light of the fact that a Vice-Rector for Security conducted some conversations with Tatiana Vinnichenko on behalf of the university, we can assume that “top-down” means FSB.

Vladivostok. Alexander Berezkin was forced to resign from the Far Eastern Federal University, where he worked in the Department of Social Sciences. This was due to a text published on the Internet in which he was accused of “distributing gay propaganda at the university using money from the U.S. State Department.” His contract was subsequently terminated.

Yekaterinburg. A special service for monitoring students’ pages on social networks has been created at the Ural State University of Economics. If students belong to the LGBT community, they are forced to leave the university permanently.

Roman Krasnov, a Vice-Rector for Social Work, did not deny the monitoring of social networks; he claimed that “a state university has the right to control the morality level of its students.”

No Condemnation for Homophobia

According to sociological research by Ksenia Semykina, teachers do not consider homophobia to be reprehensible, judging by their everyday rhetoric and public speeches at academic conferences.

That being said, it is quite dangerous for teachers to object to homophobic statements. Indeed, such objections can do even more than homophobic texts to harm students, by putting their studies at the university in jeopardy.

The Benefits of Secrecy

True, if an LGBT representative does not “advertise” his/her status as a member of the LGBT community and does not publicly respond to homophobia, serious problems are unlikely to transpire—although some measures to support secrecy have to be taken.

In an interview with “The Vyshka,” one student anonymously admits: “My classmates know that I am gay. I don’t speak about it, but many people notice it at once.”

If you live in a hostel, you have to be careful. And the primary people you have to hide from are teachers and representatives of the university, not friends.

That is, a person’s sexual identity is not a secret to their fellow students. The problem is “advertising” or publicly protecting the rights of the LGBT community, which can end badly—for both students and teachers.

Publishing any information about gender identity puts students and faculty at risk.

On the other hand, for normal day-to-day communication—as well as for the right to privacy—a person needs people to whom his/her identity is not a secret.

In response, closed clubs have been created. The clubs’ visitors have so-called “boarding tickets,” a measure that helps protect them from provocateurs and informers.

Another matter is when a student or a teacher does not think that it is necessary to hide, at least on the Internet. This can create problems if other teachers and university authorities are “hawkish” on LGBT policies.

Gender Researchers Find It Difficult Too

Often, scientists themselves do not want to investigate this topic, which is “sensitive” and openly undesirable for the leadership. This is linked to the fact that work on gender issues has begun to be either limited or openly persecuted.

For example, the contract of Anna Alimpieva, a lecturer at Immanuel Kant Kaliningrad State University, was not extended. Witnesses linked this to a denunciation allegedly written by an anonymous student and publicized by Russia 24, the state TV channel. In this denunciation, the teacher was accused of

Russian non-governmental organizations that deal with gender issues have joined the list of “foreign agents.”

This practice generally creates a “cooling effect,” affecting not only the level at which academia investigates issues related to the LGBT community, but also the level of students’ and teachers’ activities to increase their awareness of this issue.

Nevertheless, some research is under way. Such studies make it possible to say that the level of homophobia among Russian youth is lower than in society as a whole, although it is on a par with Eastern European countries rather than Western European ones.

The scandal at St. Petersburg State University confirms the situation described above.

Initially, a master’s student was admitted to the university’s Russian folk music ensemble. After looking at his Facebook page, the ensemble director was horrified. In his profile, the student did not hide that he was gay. Moreover, he posted photos in which he was wearing make-up and a dress…

The director refused him with formidable words: “… I will no longer have to find out about things impossible for me and the guys to write and talk about.”

The student filed an appeal with the Ethics Commission of St. Petersburg State University. It is indicative that the discussion of this situation by the Commission members included not only quite appropriate use of the term “discrimination,” but also rather strange reasoning about “patriotism and duty” toward the institution where the student studies: “In the ongoing discussion about the discriminatory act against the student, we would address the issue of patriotism and duty toward the university as his alma mater.”

This quotation confirms the amazing but quite tenacious logic inherent in public discussions about violations of academic rights and freedoms in universities.

The violation is relegated to the sidelines and the publication thereof becomes the subject of discussion and condemnation.

Surprisingly, the ensemble director (and those who support her) consider the fact that the student published the director’s response to be proof of the director’s rectitude—the logic being that a “reliable” person would never have done such a thing.

This case reflects the general principle inherent to Russian homophobia in universities.

The existence of the LGBT community is fraught with a number of restrictions to which it must voluntarily agree. Public dissent, protest, and active civic activity are perceived as violations of this unspoken contract and can lead to repression.

Although the decision of the Ethics Commission on the “folk music” case has not yet been published, it can be predicted with a high degree of certainty. It is unlikely that the Commission will consider the behavior of the teacher who rejected the student because of his sexual identity to be a violation of academic ethics.

Dmitry Dubrovsky holds a Ph.D. in Historical Science and is an Associate Professor of the Higher School of Economics (Moscow), a Research Fellow at the Center for Independent Sociological Research (St. Petersburg), and a member of the Human Rights Council of St. Petersburg.

← Previous: Where Is “Own” Scientific Development Heading? Next:Ethics Codes: Mere Fashion or a Tool for Resolving Conflicts? →