Ethics Codes: Mere Fashion or a Tool for Resolving Conflicts? 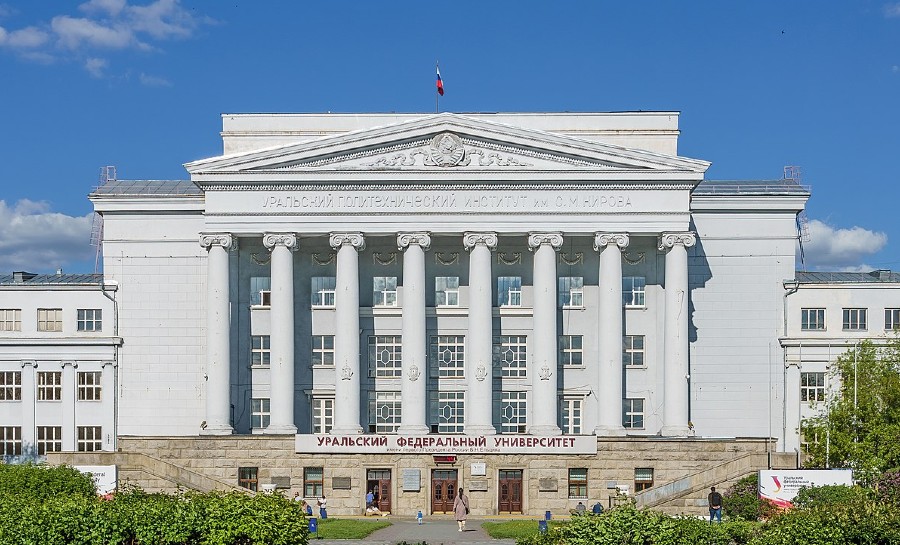 Most Russian universities have elaborated Codes of Ethics. Why?

Photo: The Ethics Code of the Ural Federal University named after first President of Russia B.N. Yeltsin is called “The Code of Ethics of the University Community”; it was approved by the university’s Academic Council. (Photo: A. Savin, Wikimedia Commons, Free Art License 1.3)

An Ethics Code describes the core values of a university and the principles on which its research and educational activities are based. Such Codes also contain rules that are binding on all participants in the educational process.

Ethics Codes can be both (1) a tool for students’ socialization, serving to regulate the norms of the university; and (2) manifestos of the values proclaimed by the university community, allowing this community to represent itself to the public.

Having analyzed 40 Ethics Codes used by the largest Russian universities, I now seek to answer the following question: Why do universities need them?

Why Have Codes Emerged in Western Universities?

In the western academy, the emergence of Ethics Codes has been associated with different kinds of conflicts.

Researchers Kelly & Chang list scandals related to the falsification of research results, misconduct in sports competitions, gender discrimination, manipulation of research data, and so on—all related to a loss of confidence in the university’s authority.

The authors argue that thinking through all possible ethical dilemmas and “ethical lapses” in advance helps to make the atmosphere inside universities healthier and the rules clear, preventing a university community from facing such “unpleasant” situations in the future.

Researchers who study corporate ethics agree. O’Connell & Blythe review many cases (1999-2005) of corporations overcoming major ethical disasters. Their main focus is how the “leaders” of corporations—those who set the “ethical tone”—behave.

It turns out that the very existence of an Ethics Code increases confidence in the leadership of a corporation, gives symbolic value to the decisions made, and helps speed up conflict resolution.

Why Have Codes Emerged in Russia?

It is not easy to say why Codes are appearing at more and more Russian universities.

However, the law does not describe what is hidden under these statements and how these regulations should look.

Presidential Decree. Another document to which university Ethics Codes refer is the Presidential Decree “Follow-Up Activities to State Social Policy.” In 2012, the Decree instructed the Government to “introduce a set of actions directed to the development of self-government institutions, the regulation documents of which will include Professional Ethics Codes.”

Morality Code. In 2014, there appeared a Model Code of Professional Ethics for teachers at educational institutions. It was developed jointly by specialists of the Ministry of Education and Science of the Russian Federation and the Trade Union of Public Education. The Code was purely advisory, but one of its recommendations was that the Code be implemented in every educational institution.

In 2019, the “Model Code” became the Model Statute on Standards of Professional Ethics for Teachers. Although the document still does not require universities to have a Code, the recommendation is now more emphatic in tone.

Why Is a Code Needed?

The new version of the main moral document for educational institutions has come under fire from teachers. In 2019, Vsevolod Lukhovitsky, a co-chairman of Teachers’ Trade Union, asked straight out: Why do we need this document?

The answer sounds a bit bureaucratic:

But these answers only tell part of the story.

Who Adopts and Approves?

At most universities, Codes are adopted “from the top” by administrative decision. They supplement the set of documents required of an educational institution: internal regulations, an institutional charter, etc.

Codes are intended to regulate specific relationships in specific professional environments. They aim to outline how an individual should behave in a particular situation in order to maintain high professional standards.

Exceptions to the Rule

In rare cases, an Ethics Code can be initiated “from the bottom up”—by groups of students, teachers, or other university staff who want to address specific situations.

European University at St. Petersburg. Student Council representatives instituted “a non-harassment, bullying, and prosecution” policy after a professor harassed a student. But this situation is almost unique.

Higher School of Economics (HSE). Another example of an attempt to create a Code “from the bottom” was widely covered by Doxa. In 2018, an Ethics Code for HSE students was published. A group of students, working with a representative of the administration, drafted the Code without any input from other faculties or the public at large. The main explanation for the Code’s development is that students have the right to actively participate in creating a document that defines their values and norms of behavior.

In July 2020, the HSE Academic Council adopted the Charter (Ethics Code) for HSE Employees. A referendum on this Code was on the agenda in December 2020, but there has been no news since then.

An important issue is how Codes are adopted. Often it is not clear who:

Codes should have “supreme power” within the university, but they often do not contain any mechanisms by which the norms they articulate should be enforced. Albeit that the mechanisms are poorly prescribed, significant attention is paid to regulating the “external” characteristics of students and teachers: their behavior, appearance, and public statements.

Many university Codes are written in the first person: “we, students,” “we, colleagues,” “we, employees.” This means that the Code expresses the will, intentions, values, and ideals of a particular group of people to which an individual belongs. The Code should reflect not only administrative decisions, but the will of individuals.

In this sense, a Code can be seen as a manifestation of solidarity: everyone automatically joins the group by promising to share its principles and values.

Of course, “we” is a relative concept. It is not as though all students and employees participate in writing a Code.

Moreover, the aforementioned Model Code draws attention to the duty of educational institutions to inform employees about such regulations “against signature.”

Usually, a signed affirmation that “I am informed about” the stipulations contained in the Ethics Code is needed in case of a possible future conflict: the university wants to have a document that is dated and signed.

The “against signature” requirement provokes special feelings among teachers and students, as this approach destroys the very idea of solidarity and self-presentation.

Hence, the idea of self-presentation and manifestation of values comes into conflict with declarativeness.

The “against signature” requirement and the ratification of Codes that were elaborated without student and faculty participation are just a few examples showing that Ethics Codes are part of the “paper reality” of universities.

Researchers Oksana Dremova and Saule Bekova think that Codes are just one part of the broader ethical infrastructure of the university, which includes:

Codes alone, especially, if they are formally introduced, do not play a major role: everyone involved in the educational process must understand the rules of the game and how these rules work.

If Codes remain on paper—to be presented during inspections but not applied in practice—this does not help improve the quality of the educational process, protect the rights of students and employees, or facilitate the resolution of conflicts. Nor, ultimately, does it enhance the reputation of the university.

A Code is a set of values, principles, and rules that guide the conduct of research and teaching, as well as communications with colleagues, students, and subordinates. This is a normative document.

Certain scandals that have been actively discussed in the public space and the mass media have highlighted the issue of informal relations between professors and students. In some universities, there is a ban on such relations. But if there is no formal ban, any conflict of this kind remains a gray area.

A study conducted by students at St. Petersburg State University who belong to the initiative group “Nineteenth” and the ensuing discussion have shown that:

If the primary purpose of Ethics Codes is to provide norms, then they should answer such questions in detail. This would help the university community and administration respond to existing problems.

Reputation Protection or a Ban on Criticism?

Many Codes write about students and teachers in the third person: for example, teachers “refrain from … ,” “are obliged to… ,” “show respect to … ,” “should,” or “should not.” In the standard Code of Corporate Conduct, developed by the North-West Institute of Management (RANEPA), the words “should” or “must” appear more than 20 times.

The new version of the “Model Code” and many university Ethics Codes include language about maintaining and enhancing the reputation of the university:

“In any situation, put the goals, reputation, and name of the university above personal ambitions or group goals” (Tomsk Polytechnic University and its Code of Ethics).

In others, public criticism of the university and its administration are classified as unacceptable:

“Not to allow public statements, judgments, and evaluations of the university’s activities, if this is not prescribed as the responsibility of an employee or student” (Code of Ethics for Employees and Students of Voronezh State University).

Sometimes universities not only strongly recommend that their employees and students self-censor their posts on social networks, but also prosecute them for participating in uncoordinated rallies and protests:

When such norms appear in Codes, they can become a weapon in the hands of the administration: a violation of the Ethics Code, where a particular act is regarded as “negatively affecting the reputation of the university,” can serve as the reason for dismissing an “undesirable.” One does not have to go far to find examples: teachers are still fired for posts on social networks or critical stances on various issues.

An Ethics Code should not become a tool of political pressure on students and employees. When Ethics Codes serve as a tool for resolving intra-university conflicts, this not only helps the university deal with its internal problems, but also improves its external reputation.

In order for ethical norms to function effectively, students and employees must be involved in discussing, developing, and adopting them. Thus, an entire “ethical infrastructure” must be developed: we must organize trainings and courses to discuss the main problems that Codes consider and prescribe the mechanisms according to which ethical commissions should operate in order to make their work transparent. The current debate around ethical dilemmas points to the need to remove Codes from the paper reality of university democracy and turn them into working documents able to protect the rights of all who participate in the educational process.

Daria Skibo is a Research Fellow of the Center for Independent Sociological Research, St. Petersburg.