War and the Academic World 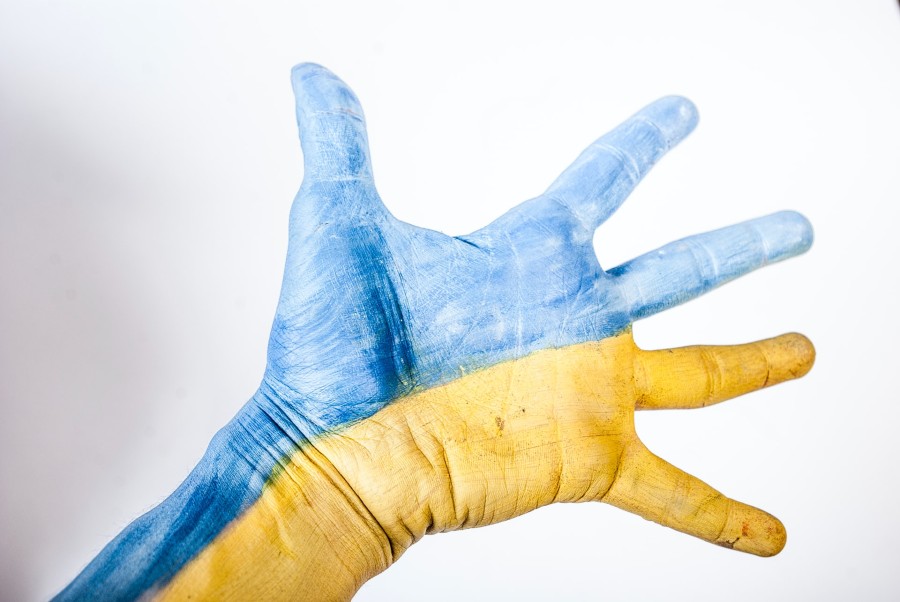 Photo: The unusual public activity on the part of various officials was impelled by an avalanche of anti-war petitions from scientists, teachers, and students. (Photo: Wolfmann, Wikimedia Commons, CC BY-SA 4.0)

When government declares a war, there is an expectation that scientists, like other citizens, will actively support their country.

Intellectuals from various countries actively participated in World War I. World War II presented a different situation: many intellectuals did not succumb to the charm of totalitarian ideology and hence fled both from communist Russia and from Nazi Germany and fascist Italy or were forced to go into internal emigration.

Since Russia is the aggressor in this war, the Russian authoritarian government expected universities and scientific institutions to take a “patriotic position” in support of the “special military operation,” as Russia shamefully terms the war it started.

Such a “patriotic” position has been displayed by a number of scientific societies and institutions.

The Union of Rectors of Russia. In support of the “special military operation,” 184 rectors from the Union of Rectors of Russia joined a statement that says, in pertinent part, that as “universities have always supported the state,” the duty of representatives of higher education is to support “our country, our army” and “to rally around our President” in the “demilitarization and denazification of Ukraine.”

We cannot rule out the possibility that some rectors added their signatures only under serious pressure.

More extensive have been the statements of those universities whose representatives deemed it important to make their own statements. These differ in both their tone and number of signatories.

The Higher School of Economics, in its statement (which was signed by the rector and the vice rector for scientific development), turned high semantic somersaults, calling the situation “turbulent” and expressing the hope that international cooperation would not stop. The statement even thanked HSE’s foreign partners, “who remain committed to the academic values accepted in the world.”

St. Petersburg State University, on the contrary, in a statement by the pedagogical staff, drew attention to the fact that it was a graduate of their university, Vladimir V. Putin, who had made the “fateful decision” to “protect not only the national security of Russia, but also the security of the whole world.” In so doing, it added, Putin was trying to maintain “friendly relations between the fraternal peoples of Ukraine and Russia.”

MSU. The Academic Council of Moscow State University expressed the belief that the university “will continue to develop its international relations” despite the “special military operation.”

The Military-Historical Society put out a more emotional statement in which it expressed confidence that “very soon the special operation aimed at liberating Ukraine from both the armed bases created by NATO / the American advisers and the ideological heirs of Bandera and Shukhevych will at last end.”

Ural Federal University. Some statements were obviously forced: for example, the speech of the Academic Council of UrFU was a response to an anti-war petition signed by UrFU students. The speech stressed that the representatives of the Academic Council, as representatives of the university community, are not entitled to “remain indifferent observers of how the Russian language and Russian culture are being displaced from a territory that has inseparable kinship with Russia and how people who respect their traditions, history, and time-tested values are killed.”

Association of Anthropologists and Ethnographers of Russia (AAER). The same reaction came from the Board of the Association of Anthropologists and Ethnographers of Russia, who in response to more than 800 signatures collected on an anti-war petition, issued a statement that the petition “does not reflect the views of the AAER members” and that the Association itself “in the current situation of severe geopolitical confrontation and armed actions of Russia to protect the population of Donbas…is ready to make all possible efforts in the name of peace and understanding between the peoples of Russia and Ukraine.”

Apparently, this unusual public activity on the part of various officials was impelled by an avalanche of anti-war petitions from scientists, teachers, and students. It is telling that a number of these petitions—or at least the texts of the protests—are no longer available. Russia’s hastily enacted “fake” laws actually make using the term “war” a criminal offence and any anti-war protest an extremist act.

However, protests against the war have taken place in the form of petitions—for example the Trinity Version, signed by about 8,000 students, teachers, and scientists. As early as March 6, the entire website of the newspaper that expresses the opinion of the liberal part of the scientific community was blocked.

The anti-war letter of graduates, students, and teachers at MSU is still available, but the signatures have been hidden for security reasons. According to an organizer, the number of signatures exceeds 7,500.

A petition against the war was also created and signed by a number of members of the RAS. The text reads: “Having unleashed the war, Russia has condemned itself to international isolation, to the status of a rogue nation.” This will lead to “cultural and technological degradation in the future, with no positive prospects at all.”

Importantly, teachers and students are united in the understanding that in addition to being a humanitarian disaster, the war launched by Russia threatens them with “global isolation.” “A lot of research, scientific conferences, and exchange programs can no longer take place in the future. All this will inevitably push back scientific and educational development … for many years to come.”

Anti-war voices are hard to hear in a context of total military censorship and the virtual destruction of independent Russian media.

In addition, protesters are persecuted by the government. Every day, Russian citizens are detained, fined or administratively arrested for 5-20 days. Among them are thousands of students and teachers.

The participants in the student flash mob “No to War,” for example, have been detained and fined.

Teachers. Sanctions for mere participation in anti-war activity can vary. For example, for publishing an anti-war post on Facebook, the author of this article immediately received a letter from the Human Resources Department of NRU-HSE about the inadmissibility of expressing opinions on “socially controversial issues” on social networks.

Teachers who sign anti-war petitions risk being dismissed. Thus, a professor from Adygea was dismissed  “of their own accord” for supporting an anti-war protest.

Students.  Some universities threaten with expulsion students who are detained at anti-war rallies. St. Petersburg State University has already prepared a list of 18 students who are “without the right to take up a place at the university.” The logic here is that breaking “the law about participation in rallies” is misconduct under the SPBGU Regulations.

Not all universities share this approach: at Urals universities it is recommended “not to expel [students], but to explain” to them the peculiarities of the Russian policy in Ukraine.

International collaboration and international projects in the field of science and higher education have also become victims of this war.

On a regular basis, there is fresh news that Russian education and science are becoming more isolated from Western centers.

A quite radical position, in fact, has been expressed: international science as a whole must be closed to those individuals who hold a Russian passport. The alternative view is that one should distinguish between collaboration with Russian state institutions and collaboration with individual Russians, many of whom do not support their country’s aggressive policy.

The problem is that their exit power is extremely limited: protests are subject to both administrative and criminal prosecution. Not everyone can afford to separate from an employer or leave the country forever.

Foreign Instructors. The position of foreign instructors in Russia is very evident in this context. As a sign of protest, some scholars have quietly or publicly refused to remain affiliated with Russian universities.

It seems that there will be more and more cases like these.

However, other publications say that universities are likely to support Russian and Belarusian students publicly because it would be unfair to treat them differently. Nevertheless, there have been cases where research centers in Europe have denied internships to Russian applicants. Their justification for this is logistics, including the impossibility of getting visas.

Scientific Journals. Claims that foreign journals have declined to accept articles by Russian authors have not been confirmed. An official letter from one publishing house directly denies any discrimination in their work.

Professional Communications. A hard point for Russian science and education will be the loss of scientific and professional contacts and partial isolation (if China does not support foreign universities in this respect).

This will affect both the quality of Russian education and science and the prospects for their internationalization in the future. The experience of Cuba or North Korea with regard to scientific development will be instructive here.

Quite predictable are becoming:

← Previous: Does the Scientific Diaspora Have a Masculine Character? Next:The Course of Internationalization Has Been Put on Pause →