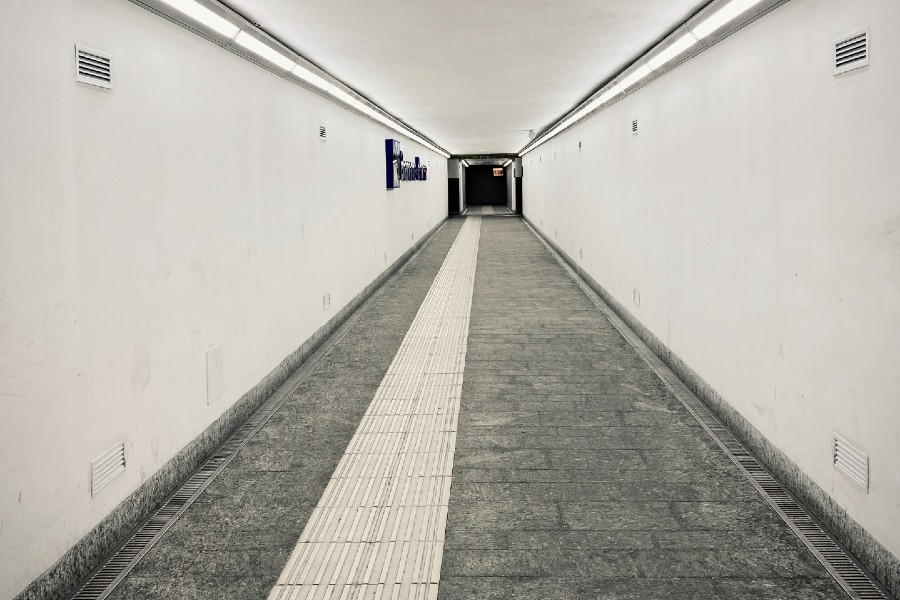 Most countries have strongly urged the ending of international partnerships with Russian institutions, but some have called for personal academic ties to be preserved.

Photo: The longer the situation of uncertainty lasts, the greater the impact of sanctions will be. (Photo by Arno Senoner on Unsplash)

Russian science, like the whole country, is at a point of bifurcation. There is no sense in making predictions; every day we witness events that we could not have imagined the day before.

That being said, we already more or less understand—given the events of the last month—the situation facing Russian science and the pressure points thereof.

Sanctions that directly affect Russian science have grown into an avalanche.

Germany.  Germany was the first country to impose sanctions on Russian science, announcing on February 25 that “long-standing cooperation with Russia would be halted immediately”.

Similar moves have been made by Denmark, Latvia, Lithuania, Estonia, the Netherlands, and Finland.

European Union.  A German member of the European Parliament insisted on terminating the agreement on scientific and technological cooperation with Russia. As a result, the European Commission stated that officials would review all current projects under Horizon 2020 and Horizon Europe and that in the meantime it would make no payments to Russian entities.

Canada. The country asked research-funding organizations to refrain from entering into agreements with Russian research institutions, but did not call for a wholesale ban on collaboration with individual Russian researchers.

France. The French organizations National Centre for Scientific Research (CNRS) and the National Research Agency (ANR) have restricted or suspended their partnerships with Russia. The CNRS said it had blocked all forms of new collaboration with Russia and cancelled all upcoming events in which Russia would have been a partner. However, Russian researchers working in French laboratories may continue their activities. The ANR has put on hold its partnership with the Russian Science Foundation, including funding for joint projects.

CERN. CERN expressed its position in the strongest terms. CERN decided to suspend the JINR’s (Joint Institute for Nuclear Research) Observer status and not engage in new cooperation until further notice, despite the fact that the Russian side has contributed funding and equipment to the Large Hadron Collider.

The USA.  Surprisingly, the U.S. scientific organizations have taken the most gentle approach. The National Academies of Sciences, Engineering, and Medicine released a statement that “even in dire geopolitical situations” they are “committed to keeping such channels of communication open, including with Russian scientists.” The president of Harvard University noted that links between scholars “are important to maintain even, maybe especially, during times of tension between nations.” He also said that “individuals are not necessarily responsible for the policies of their governments.”

Most of the countries that have imposed sanctions on Russian science have emphasized ending collaboration with organizations; collaboration based on individual contacts remains to date beyond the sanctions agenda. However, every scientist is associated with an institution. Today, science is no longer national or individual; it is developed as part of a team. In almost all scientific fields, the average number of participants in scientific groups is growing but the number of solo articles (those with one author) is decreasing. Thus, sanctions are inherently aimed at isolating Russian science.

An independent subtype of sanctions has been imposed on “publishing scientific results” obtained by Russian scientists. This entails boycotting Russian-authored manuscripts submitted to prestigious foreign journals.

So far, this is not a universal position, but has rather been adopted in individual cases. In fairness, different editors and publishers take divergent positions. Thus, Clarivate stated that it was closing its office in Russia effective immediately, while Elsevier, on the contrary, has announced that it is not acceptable to boycott Russian papers.

The Russian government is considering the possibility of suspending the requirements for scientists to be published in journals indexed in the Web of Science and Scopus databases. Consequently, a new scientometric system will be needed to evaluate scientific results. In particular, there is an intention to look at Russian journals, or the “Russian shelf” of Web of Science (RSCI).

Talks about a new system for evaluating scientific achievements have led to the idea that other forms of academic activity beyond publications are needed. These could include important but unpaid or symbolically paid work, such as participation in project evaluation, manuscript review, and mentoring Ph.D. students.

Until recently, the system for encouraging publications was oriented strictly toward papers published in international journals, but as experience has shown, this was not an optimal approach because it introduced academic dishonesty into the publication process. Consequently, the current situation may have a positive effect by reducing publication pressure.

Concurrently, the situation of enforced changes will help to evaluate past experience: it will make clear whether researchers are themselves motivated to publish their results in journals indexed in Web of Science and Scopus or will lower the requirements on themselves.

In this context, the important thing is not to have any bans on submitting manuscripts to high-ranked journals from either the Russian or foreign sides.

At the same time, in the reformed scientometric system, the importance of integrating science and practice is stressed because there is an understanding that publications in ranked journals cannot be the criteria of efficiency for all. This is relevant to a limited group (20-25%) of Russian researchers. Science is likely to become more applied, which in the Russian context is a rather positive phenomenon, given the need for urgent development in a huge range of technological fields.

Another blow affecting the distribution of scientific results and further integration into international science is conferences. With sanctions, the opportunities to hold and participate in them are close to nonexistent. This was demonstrated by the International Mathematical Congress, which was to be held in July in St. Petersburg, but following growing pressure from national mathematical societies and more than 100 invited speakers has been moved online.

Conference participation has not only a political aspect, but also a financial one. The barrier is SWIFT, which has been cut off for the country. This makes it virtually impossible to pay conference fees.

An additional barrier is the ban on Russian flights, which complicates and greatly increases the cost of attending in person a conference held abroad.

Impact of Sanctions on the Instrumental and Information Base of Science

Such economic sanctions as restrictions on the import of goods, equipment, components, and software directly affect the ability to conduct scientific research. According to statistics, 80% of contests to supply equipment to scientific institutions had been won by foreign companies.

It is too early to assess the effects of this.

Access to Equipment. If scientific equipment can be used without replacing parts for a relatively long time (regular and qualified servicing is needed), then laboratories will be able to work for a year at most, but this is true only of “well-stocked” laboratory teams. The ban on using computer programs for scientific calculations—the effect of which sanction is immediate—has compounded the problem.

The search for substitute programs and laboratory materials will take time, but more importantly, these analogues will not be of equal quality. The question of quality is becoming the primary one because using high-quality technical instruments has a direct impact on the results of modern science.

A positive of the current situation is its creation of a strong impulse to develop national device and technology engineering. However, this will take years, not months. In the shorter term, a positive response would be the elimination of a number of bureaucratic procedures related to the procurement of research equipment and materials.

Access to Information. There may be issues with accessing scientific information. This remains an open question: How will it be possible to pay for subscriptions to scientific literature if SWIFT does not work in Russia? The unavailability of information poses a grave threat to the technological development of an isolated country: Russian scholars will end up expending significant time and effort on finding solutions to problems that have already been solved.

People: Who Will Remain in Science?

The conditions for scientific work and for social scientists and humanities scholars—the state of academic freedom—will have a decisive impact on staff mobility.

The most qualified scholars will be invited abroad on an individual basis—the single bridge left to maintaining scientific integration. Other scholars, especially those who work in those fields requiring modern equipment, will seek out institutions and countries where they can apply their knowledge.

However, mass emigration is hardly possible due to external restrictions. Professionals may, however, leave for other fields that need to be urgently developed.

With the outflow of scholars from Russian science, the environment of communication will change, since the risk of negative selection is high. When the USSR collapsed, it brought about the mass outflow of active scientists, which caused a long-term “gap of the middle generation,” or a situation where “grandfathers” were teaching “grandchildren.”

Following two decades of efforts to attract and retain young people in science, the middle generation has begun to revive. Human catastrophes are the most difficult in terms of the time needed to overcome their consequences.

Another factor with a sensitive impact on Russian scientific development is the outflow of foreign scientists from the country. This concerns not only cooperation programs (such as mega-grants or international laboratories), but also participation in international supervisory boards of universities, editorial boards of journals, and examination of grant applications. All these activities are oriented to material expertise, which should be of high quality because low-quality expertise or the absence of it will result in unclear requirements for research and, consequently, low-quality science.

Today, time is a key factor. The longer the situation of uncertainty lasts, the greater the damage from sanctions will be. Some of those sanctions initially declared to be temporary may become permanent.

We can clearly see the evidence of global interdependence. Sanctions imposed on Russia are having a painful impact on the economies of different countries. The price is high for everybody. Despite the fact that any science is national (and this is why there are national, not unified, innovation systems), it is part of a single organism, “the world of science.” Removing one segment will impoverish the whole system by harming all the other segments.

Irina Dezhina is a professor at the Higher School of Economics (Moscow) and a lead researcher at the Gaidar Institute of Economic Policy.

← Previous: The Course of Internationalization Has Been Put on Pause Next:Academic Boycott →