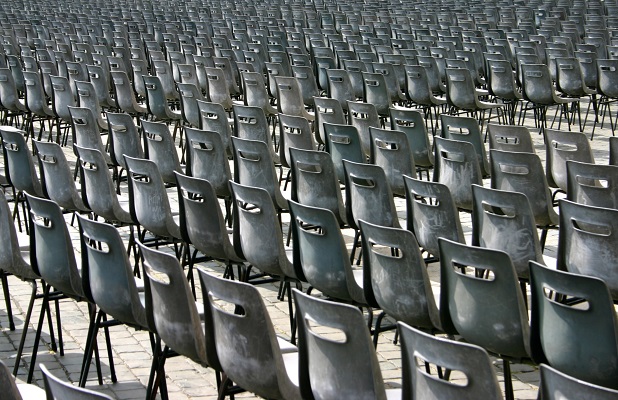 Researchers and professors at Russian universities are increasingly dependent on the state. Who represents their interests in this relationship?

Photo: The principal defining characteristic of the Russian academic community is the fact that, well, such a community does not yet exist. (Photo by Johannes Schaefers on Unsplash)

How Science and Education are Financed

Among those employed at state-controlled organizations are:

The role of the state is less prominent in science and higher education financing.

Closely related to the issue of funding are the criteria according to which educational and scientific work are assessed. Since any bureaucracy is by definition incapable of meaningfully evaluating such activity, there emerges a need to impose formal criteria.

Aside from financial dependence, there is also administrative dependence. On top of all this, the social sciences and humanities are coming under increasing ideological pressure.

Special Characteristics Defining the Social Status of Scientists and Lecturers

The principal defining characteristic of the Russian academic community is the fact that, well, such a community does not yet exist. It is more reminiscent of a scatter plot of individuals connected by similar circumstances, an inadequate awareness of their “common destiny,” and the rudiments of self-organization.

At the same time, formal unity centered around a sense of belonging, even symbolically, to science conceals rigid socioeconomic differentiation on the basis of income level and connections to the leadership of science and education institutions.

For the majority of scientists and professors, there is a wide gap between the residual social prestige of their profession and public perception of its elitism, on the one hand, and the realities of the profession, on the other.

The latter can most certainly be defined as “precarious” and extremely unstable:

Under these circumstances, the issue of representation and engagement with the state—represented, first and foremost, by the federal executive authorities—is especially relevant, not only as it pertains to the defense of the interests of “science and education” in the abstract, but also as it relates to the very “mundane” socioeconomic interests of the bulk of the “proletariat and precariat of intellectual labor.”

Who represents scientists and lecturers?

First and foremost of these “representatives” is the Russian Academy of Sciences (RAS). Legally, it is a state budgetary institution—and not just any institution, but one of “special importance” and that is the principal custodian of the federal science and education budget (colloquially referred to as a “separate allocation” in the departmental budgetary classification). It is, however, worth nothing that the number of subordinate organizations for which the RAS fulfills this function has been greatly reduced since the 2013 “reform.”

Nevertheless, the RAS continues to be perceived as a group of academics that has the opportunity to speak on behalf of the academic community as a whole. Indeed, recent remarks suggest that it indeed performs such a function: the RAS criticized the system of indicators that the Ministry of Science and Higher Education suggested for assessing the effectiveness of scientific organizations (with the Department of Historical and Philological Studies especially vocal in its opposition). The RAS also spoke out against merging the Russian Foundation for Basic Research with the Russian Scientific Foundation.

Some organizations unmistakably constitute GONGOs—government-organized non-governmental organizations. Others seemingly do not have a link to the state, but in practice play the same role as GONGOs.

The Russian Union of Rectors was founded back in 1992. It brings together more than 700 heads of higher education institutions.

It could have become an organization that lobbied on behalf of higher education interests, but it has not been publicly known to do so. Representation for all higher education workers is even more unattainable, especially considering the latent class conflict between university faculty and leadership. The leadership is too far removed from “ordinary” staff—and the disparity between their respective incomes too large—for the leadership to recognize and defend the interests of staff.

And of course, it is difficult to discount the cautiousness with which rectors, who are (by and large) if not directly appointed, then certainly confirmed by university founders, engage with government authorities.

On the other hand, members of the Union of Rectors react very homogenously to such events as, for example, the emergence of independent labor organizations—by squeezing their leaders and activists out of the workplace.

Based on prior experience, under modern Russian conditions, an NGO cannot receive the status of an all-Russian organization without government support.

According to the charter of the assembly, individuals who can become members are natural persons “engaged in teaching and research and hold a PhD and/or academic rank/professorship, as well as scientists with outstanding professional achievements,” as well as legal persons that are “voluntary associations whose activity is in the sphere of science or education.” This implies that the organization is inherently elitist. Annual “professorial forums” are held under its auspices, but their practical impact is hardly noticeable.

The All-Russian Trade Union of Education and Science Workers (a membership-based organization under the Federation of Independent Trade Unions, FITU, of Russia) should in principle represent the majority of science and education workers. But it is not that simple.

Most of the RAS institutions have independent trade unions. In higher education, grassroots organizations are active almost exclusively at universities under the authority of the Ministry of Science and Higher Education.

The latter encompasses half of Russia’s higher education institutions. At universities that fall under different institutional authority, there are other branches of the FITU.

Some associations derive their history, whether in a real or symbolic sense, from the times of the Russian Empire. They engage on purely professional issues and cannot be considered representatives of relevant occupational groups from a socio-political standpoint.

Several grassroots organizations are active in Russia—both officially registered ones and those that take advantage of the space for voluntary associations to act without registering and forming a legal entity. The membership of such organizations and movements often overlaps.

The largest of these is the Russian Academy of Sciences Labor Union, established in 1992 from grassroots science and education labor unions at academic institutions and other RAS entities. These grassroots organizations mainly fulfill functions that have their roots in Soviet labor unions, offering:

At the leadership level, active work is being done to advance proposals that protect the interests of academics in social and labor relations, to the point of preparing detailed drafts of regulatory and legal acts.

Other entities are interregional or altogether informal.

Established in 2021, the Scientific Workers Association is active in Moscow, St. Petersburg, and Novosibirsk. It was the initiator of a series of petitions to government authorities regarding crucial issues in scientific development.

The informal “First of July” Club emerged in response to the last-minute RAS “reform” in 2013. With the help of other academic community groups, the Club succeeded in getting some amendments to the reform. It was also outspoken, on several occasions, about its position regarding scientific issues and government responses thereto.

In summer 2020, the Union finally managed to launch a dialogue with the Ministry of Science and Higher Education, specifically about:

The “Scientific and Education Workers Congress” movement was established in 2013. The Congress holds annual conferences where members discuss various issues in education and science and agree on a message to government authorities about resolving these issues.

Finally, the newspaper “The Troitsky Variant—Science” acts as the independent voice of the “Academy.”

How to Be Heard?

The main issue in representing the interests of the academic community is the deafness of the state. It is not particularly inclined to heed voices from the “bottom” that are not backed by serious pressure.

All that is left is to engage with the state through petitions and appeals to public support.

← Previous: The Year of Aggravation, “Manhunt,” Politicization, and Prohibition Next:The Best Universities Will Remain a Secret →