The Year of Aggravation, “Manhunt,” Politicization, and Prohibition 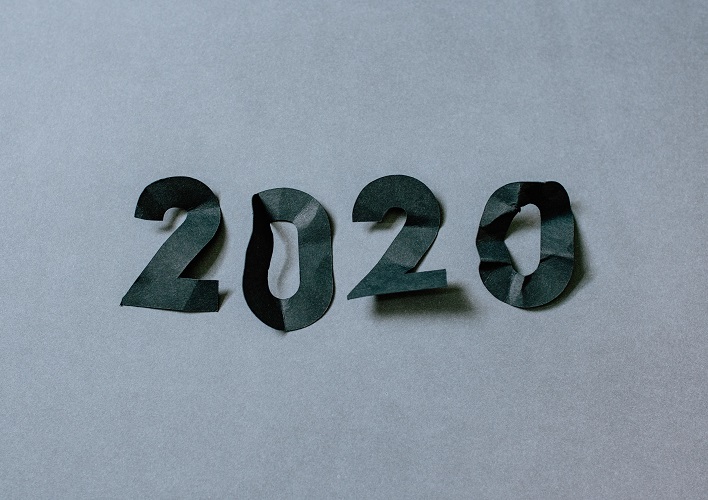 Academic Rights and Freedoms 2020: Wrapping Up Our Blog’s First Year

Photo: Complicated results of 2020. Academic rights and freedoms are no exception. (Photo by Kelly Sikkema on Unsplash)

The Year of Intensified Isolation

Reciprocal sanctions. The sphere of international cooperation continues to be plagued by adverse trends of immediate relevance to academic rights and freedoms—specifically, reciprocal sanctions and their consequences.

As our authors note, the level of trust among academics has diminished, while censorship that directly affects the quality of international exchange and dialogue, as well as science diplomacy, has intensified. Especially illustrative is the case of a study by Russian physicists that was denied publication in the United States. The journal that rejected the study later apologized to the authors and rescinded its decision. Uncertainty and mutual suspicion do a disservice to the development of normal scientific dialogue.

Spy mania. Russia has been making its own contribution to the demolition of the shared space for scientific dialogue, due first and foremost to its perpetual spy mania and search for foreign agents in science and education. The outcomes of this spy mania are apparent: Russian researchers who engage in important work in the field of emerging technologies are simply afraid of ending up in prison.

This is precisely what happened to physicist Valentin Danilov, in whose case the European Court of Human Rights handed down a judgement on December 1. The court found that the criminal prosecution of Danilov violated Article 6 of the European Convention on Human Rights (the right to a fair trial). Throughout the investigation, Russia refused to provide documents relevant to the case on the grounds that they were classified.

Foreign professors. This line of politics gives birth to a fear of both convening new international scientific projects and attracting new professors from abroad who are supposed to accelerate Russia’s integration into the international education space.

The Crimea Problem. The issue of the occupied Crimean Peninsula and the associated difficulties of adhering to academic ethics remain a special problem in the international sphere of academic rights and freedoms. In practice, the annexation of Crimea cut off almost all scientific and educational ties between Russia and Ukraine. Archaeological excavations in Crimea have posed the challenging question of how one can conduct archeological research on occupied territory, if this is possible at all.

The Year of a “Manhunt” for Foreign Agents

The legislation on so-called “foreign agents” is a serious blow to academic rights and freedoms.

It became apparent as early as 2019 that the Russian authorities had set out to establish control over dissidents of any kind, who are now referred to as “foreign agents.”

The emergence of legislation demanding that not only legal entities, but also individuals register as foreign agents poses a direct threat to public science. Any commentary (including our blog) written by a scientist or university professor can be interpreted as “political activity” and its author therefore deemed a “foreign agent.”

“Additional countermeasures to address national security threats.”  A new draft bill in this area removes practically all limits from the concept of “foreign agent.” Any person can be labeled a foreign agent if s/he receives funding from foreign organizations and engages in political activism in “their interest” or conducts “data collection on Russia’s military and military-technical activities.”

Amendments to the Education Act. Another bill recently introduced in the Federation Council is motivated by the same need to counter the “noxious influence of the West.” If it passes, awareness-raising will become mandatory for registration with state agencies, further complicating universities’ international communication.

The demands of the Nikulinskaya Inter-District Attorney’s Office. The full list of what state agencies consider a threat to national security was unexpectedly made public in the controversial demand of the Nikulinskaya Inter-District Attorney’s Office to the rector of the Russian Academy of National Economy and Public Administration, Vladimir Mau. The DA’s Office required Mau to provide, among other things (a more detailed list is available on our blog):

The above list details just a few of the signs that the government is obviously attempting to reinstate to some degree the Soviet practice of control over science and education.

The Year of Politicizing History

An obvious return to the Soviet practice of control over science and education, with its characteristic “ideological wars,” is also happening outside the security sphere. It is taking place in history and mnemopolitics in general.

The adoption of new constitutional amendments has led, among other things, to the appearance of the following article:

“diminishing the significance of the people’s heroism in defending the Fatherland is not permitted.”

Historians are facing the threat of a new “History of the All-Union Communist Party (Bolsheviks): Short Course.” The securitization of and conservative control over historical knowledge have seriously undermined academic rights and freedoms in Russia in 2020.

The Year of Non-Incentive Bonuses

The financial shape of educational and research institutions continues to deteriorate. Although there are exhilarating reports about rising faculty salaries, the real numbers remain very different from the declared ones.

Furthermore, this has been accompanied by serious increases in workload—from requiring faculty to teach a rising number of courses (with an increasing number of students in each course) to compulsory grant awards and compelling the publication of a larger number of articles.

The academic community is subject to intense precarity and instability. The adoption of an incentive bonus system, which was intended to motivate university staff, has only aggravated this instability.

The coronavirus pandemic exacerbated this process. The abrupt transition to online education—especially in places that lacked the necessary technical and practical capacity—put many professors in an untenable position and complicated their work.

The Year of a Prohibition on Criticism

At the same time, objections to or criticisms of these decisions are unfortunately perceived in the Russian academy as a violation of academic ethics and are therefore punished.

A direct or implicit ban on criticism, whether of the government’s actions or of university leadership, can be found in a number of documents adopted this year.

The observers fired from the Higher School of Economics in the past year connect these restrictions on criticism to the constitutional amendments, as well as to the actions of the HSE administration itself. There were some important reasons to criticize the latter, including:

The commentary of a former professor ordinarius at HSE (a post from which, theoretically, one cannot be fired) led to a loss of a post at a university once famous for its liberalism.

As a result of intense discussions, HSE adopted The Code of Ethical Faculty Conduct, central to which is a reaffirmation of the university’s “political neutrality.”

Furthermore, it looks as though HSE has become the first Russian university whose Code explicitly prohibits harassment within its walls. In this sense, 2020 has also been marked by a wave of #MeToo at universities.

We will certainly dedicate one of our first pieces in the upcoming year to this topic.

We wish all our readers a healthy, happy, and more successful New Year!

Dmitry Dubrovsky, PhD (History), is an Associate Professor at the Higher School of Economics; an Associate Research Fellow at the Center for Independent Social Research, St. Petersburg; and a member of the St. Petersburg Human Rights Council.

← Previous: A State that Is Always There with You Next:The State’s People →