A State that Is Always There with You 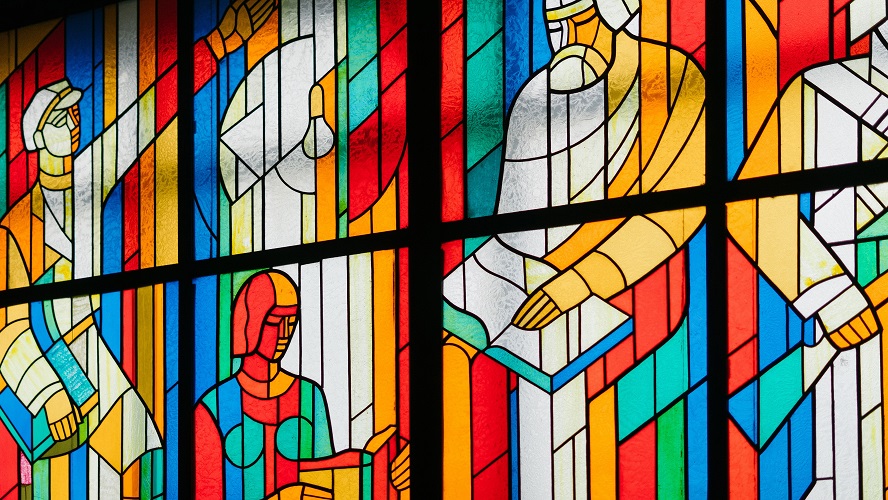 Is it possible to discuss academic freedom outside the context of the political regime?

Photo: The presence of the state—or, more accurately, the fantasy of the state—is tangible at any level, starting with the individual one. (Photo by Ant Rozetsky on Unsplash)

It is commonplace to conceptualize academic freedom in the following distinct ways:

The equation is becoming increasingly complicated. The simple definition of academic freedom as an inevitable derivative of democracy is becoming obsolete.

In place of the old definition is emerging a set of indicators: legislative ones (how well the law regulates and protects the principle of academic freedom) and empirical ones (whether scientists face restrictions and censorship and whether they are successful at protecting themselves).

In her report “Free Universities,” Katrin Kinzelbach, a University of Erlangen professor, and her colleagues from the Global Public Policy Institute (GPPI) propose a methodology for incorporating academic freedom into the V-dem democracy index.

The authors recommend utilizing the new index in compiling university rankings. This would prevent universities in nondemocratic countries from rising to prominent positions in the ranking, which, in turn, would lead to reputational losses.

Regardless of whether or not we deem such an approach fair, it rests on a serious proposition: that we should think about the university and the state as one organism, without uncoupling them.

This raises a question: is it possible to think about them separately at all?

And, more importantly: is it possible to view academic freedom other than through the lens of the state?

Who Stands in the Way of Academics’ Work?

As interviews with Russian scientists and professors from Moscow and St. Petersburg between the fall of 2017 and the spring of 2019 revealed, the core tenet of academic freedom is the ability to do one’s work freely, without any external interference. A similar definition emerged from a study on academic freedom conducted by the Center for Independent Social Research.

Who can interfere with—or stand in the way of—the work of scientists and professors?

The following levels of interference can be distinguished:

In compiling this classification, the word “state” was intentionally avoided. According to the logic of our respondents, constraints or inconveniences are often imposed by specific people. At the same time, the state may serve as a more abstract source of anxiety, one that is resorted to when there is a need to effectively rationalize repressive actions.

This also means that the presence of the state—or, more accurately, the fantasy of the state—is tangible not only at the highest administrative level (i.e., government officials or the president), but at any level, starting with the individual one.

The moment a scientist selects a certain research topic or uses certain language out of safety considerations (“just in case”) is a moment of anxiety expression and heightened sensitivity to context.

In this moment, the state is viewed through the individual-level lens. The scientist seeks to protect and detach him-/herself from the state.

A similar sensitivity mechanism prompts colleagues to treat not only their own work, but also each other’s with special caution. They start choosing “careful” titles for projects, courses, conferences—and this seems like a rational choice.

One respondent notes: you can do whatever you want as long as you are not drawing attention to yourself.

This is what group anxiety and the feeling that the state is present in a communal space look like. Respondents frequently struggled to articulate what kind of consequences and threats they would actually be facing.

What follows this assumption of heightened responsibility for oneself is a no less tense sense of suspicion toward one’s colleagues. This is accompanied by additional, and very real, pressure, which can take different forms.

There is no room for maneuver under the conditions of economic pressure emanating from the top, with the result that academics work on the verge of burnout. A common decision here is to resort to secrecy and eradicate any temptation to pursue “ambiguous” activity—again, just in case.

The state and the anxiety related to it are observable on the structural and administrative level in two forms, as we are talking about two different systems that have distinct rules of the game.

Do We Learn from the Experience of Others?

Unfortunately, 2018 brought Russian universities two real-life opportunities to actualize their own anxieties regarding the relationship between universities and the state: the withdrawals of the licenses of the European University at St. Petersburg and of the Moscow School for the Social and Economic Sciences (MSSES).

Both cases ended up being resolved relatively favorably, and both universities remain open. Nevertheless, it would be reasonable to expect the academic community’s fear of the state to gain in specificity.

Surprisingly, however, none of the respondents from outside these two universities think that something similar could have happened to them. They do not view this practice as a real threat to themselves or their institutions.

Similarly, the events of summer 2018—when many Turkish academics faced the choice between immediately fleeing the country or accepting serious professional and civic compromises—provoked no response from the interviewees.

None of the respondents consider their colleagues’ experiences relevant. Yet a certain kind of tension or anxiety is still on the rise.

There is a growing fear that the state might turn out to be not a symbolic figure but a group of real people who impose restrictions, deprive, and punish for transgressions that have previously gone unnoticed.

Here is just one response that effectively describes this ambiguity.

“We look at other public employees—for example, school teachers—and see how the government is knocking on their door, saying it has some directives for them. And there are, for example, scientists. And let’s not even claim they have some sort of special freedoms, let’s imagine that all professions have certain niches that they would like to occupy. So there are scientists, and it seems that the government is knocking on their door. Or is it not?”

The respondent leaves open the question of what place the state occupies in our lived experience.

Is the state knocking on the door?

Or is the state in the eye of the beholder?

I do not believe there is one correct formula here. We can use the tools for measuring academic freedom suggested by Kinzelbach et al. Or we can simply listen to ourselves more carefully.

Elizaveta Potapova is a PhD candidate in the Doctoral School of Political Science, Public Policy, and International Relations at Central European University (Vienna); a fellow of the Yehuda Elkana Center of Higher Education (Budapest); and a Senior Lecturer in the Department of Political Science and International Relations at the Higher School of Economics (St. Petersburg).

← Previous: Mnemopolitics against the Freedom of Historical Research Next:The Year of Aggravation, “Manhunt,” Politicization, and Prohibition →