The Best Universities Will Remain a Secret 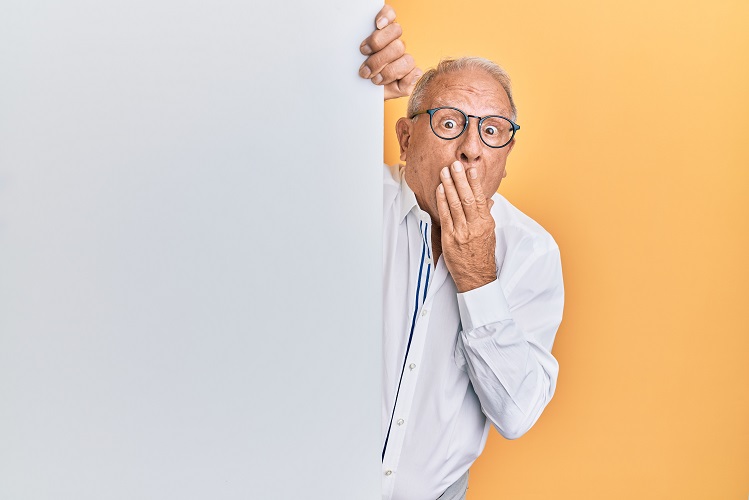 The policy of protectiveness is killing the goal of making the list of the ten countries with the best education systems.

Photo: “Considering the continuous pressure of sanctions on Russia, universities must minimize the risks of information leakage <…> that might cause harm to the state.” (Photo by krakenimages on Unsplash)

The Effectiveness of Secrets

Freedom from national borders is an important precondition for academic freedom. As the Magna Charta Universitatum proclaims, “by fulfilling its purpose, the university transcends political and geographic boundaries and reaffirms the persistent need for mutual understanding and interaction between various cultures.”

On the other hand, the existence of nation-states has traditionally occasioned some precautionary measures restricting the flow of information about research related to dual-use technologies—all for the sake of protecting against competition and direct security threats.

Today, the politics of secrecy is evaluated quite critically—and not only in Russia. As studies show, classified research is not only far less effective at achieving set goals, but is also inferior in quality compared to open research conducted in other countries or in the private sector.

How to Measure the Degree of Secrecy

Russian export control laws require Russian universities, among other entities, to adhere to stringent secrecy requirements when it comes to science and technology research and projects. There have even been attempts to restore Soviet control measures over interactions with foreign faculty and researchers.

However, the new minister of science and education overturned his predecessor’s order. At the same time, it was explicitly proclaimed that Russia is interested in a “partnership developing according to the principles of open science. There is indeed a special procedure, just like in other countries, for interacting with foreigners when it comes to projects of national security importance.”

The previous ambitious project in this sphere—Project 5-100, which aimed to get five Russian universities into the ranks of the top 100 in the world by 2020—did not accomplish its goal.

Ideology Has Triumphed over Pragmatism

It seems that the ideological bloc in the Russian government has won out over the pragmatic one. Since 2014, pressure on universities and academic science has increased, especially in the form of “spy processes” that slow down scientific and technological cooperation.

At a conference, representatives of the Federal Service for Technical and Export Control (FSTEC), the agency responsible for enforcing export control laws, explicitly aired their complaints about universities, criticizing their “openness in working with information.” According to FSTEC, “considering the continuous pressure of sanctions on Russia, universities must minimize the risks of information leakage and unwarranted disclosure of intellectual property that might cause harm to the state.”

Rising tensions with democratic Western countries have led to a heightened sense of suspicion within the Russian government that these countries are attempting to sabotage Russian statehood. A newly issued report by the Ad Hoc Commission on Protecting State Sovereignty and Preventing Interference in the Domestic Affairs of the Russian Federation claims that Western countries, primarily the US, use “studentship” and “academic circles” to influence Russia and its reputation abroad.

This is apparently why the recent scandalous request by the Nikulinskaya Inter-District Attorney’s Office in Moscow also referred to searching for “pro-American influence groups” at universities. Although the request has since been withdrawn, such information continues to be gathered and the search for “influence groups” in general persists.

The result has been another round of increased government presence at universities and further restrictions on academic autonomy.

In 2020, the fight against “foreign influence” through the stigmatization of some individuals and entities as “foreign agents” not only continued but also took on new forms:

The real price and consequences of such laws—which, according to lawmakers, are “in conformity” with international practices—can be understood through the historical example of research entities that are not formally state-owned.

Five years ago, such prominent independent research organizations as the Levada Center, the “Panorama” Center, and the SOVA Center for Information and Analysis became “foreign agents.” The Free Historical Society protested against their inclusion on the foreign agents registry, pointing out that such a practice not only threatens Russian science domestically, but also risks undermining its position in the international arena: “Losing these contacts undoubtedly hurts Russian science and its international reputation.”

Inclusion on the registry resulted in financial and organizational losses for those NGOs added to the list. The Levada Center, for example, lost its ability to research electoral behavior and measure politicians’ popularity.

Let us take a look at what it is like to be a “foreign agent” through the example of an organization with which I have first-hand experience. The Center for Independent Social Research (CISR), a research NGO, was labeled a “foreign agent” back in 2012.

It turns out that even a legal victory does not guarantee that the discriminatory status will be revoked. A lengthy litigation marathon began immediately in 2012 and ended in victory in 2016 in the Supreme Court of the Russian Federation, thanks to the work of lawyers Maria Kanevskaya and Dmitri Bartenev, as well as the Club of Lawyers for NGOs.

However, despite the reimbursement of a significant fine issued for refusing to register as a foreign agent, the status itself has not been amended. Widespread backing from the professional community—in the form of both letters of support and contributions to help pay the RUB 300,000 fine—did not help either.

Nor did a special—but, as it turned out, useless—clause in the law exempting scientific organizations from the status of “foreign agents.”

To this day, all materials CISR produces—print products, books and brochures, event posters, its newsletter, and even its Facebook page—must bear a special mark.

An illustrative example is our report on academic freedoms. Take a look at its title page.

Furthermore, organizations “fulfilling the purpose of foreign agents” must report on their activities using a special form that is not required of other NGOs.

Moreover, “foreign agents” should always be ready for surprise prosecutorial inspections. As experience has shown, such inspections necessitate supplying hundreds of pages of documents on extremely short notice. Failing to meet prosecutors’ requirements is considered a transgression.

An additional audit required by law is also a financial burden on the organization.

Finally, CISR has to warn its colleagues that working with it is “dangerous.” And when its materials are cited, especially in the media, the citation must be accompanied by the following note: “produced by a foreign agent.”

Can a Public University Become a “Foreign Agent?”

CISR’s example shows how repressive policies toward independent scientific organizations are evolving. But the same measures can be employed against international ventures and projects undertaken by public scientific and educational institutions.

Amendments to the law on foreign agents make it possible to label anyone who “deliberately gathers information in the military or military-technological sphere for foreign sources” a foreign agent (if their activities are not deemed treason or espionage). For a number of researchers and analysts, this is an explicit ban on gathering and analyzing publicly available information.

Moreover, novel additions to the law on education that pertain to “awareness-raising activities” point to a need for new restrictions regarding the influence of “anti-Russian forces.” They subject Russian universities’ international cooperation and exchange programs to ideological control.

The ideological construction of the West’s supposed sabotage of Russian education calls into doubt the objective set by the Russian president: to join the list of the ten best countries in the world for education.

How realistic is this goal? It seems that the answer to this question depends entirely on state security agencies.

Daria Skibo is a sociologist and researcher at the Center for Independent Sociological Research (St. Petersburg).