Sanctions and Counter-sanctions against “the Digital” 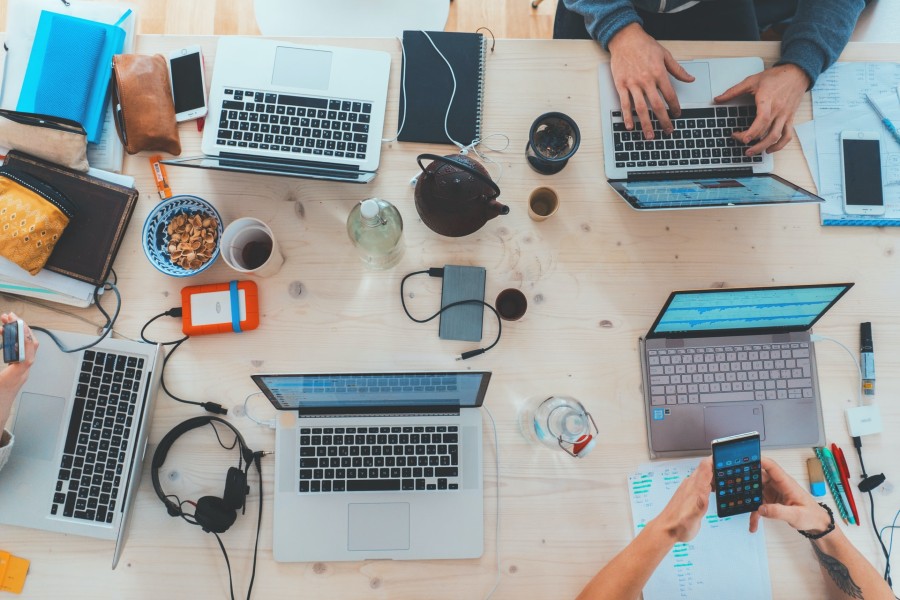 Two or three years ago, the pandemic dramatically mobilized the development of digital education in Russia. February 2022 sharply had everything backwards. What can one expect tomorrow?

Photo: The Internet as environment of scientific and educational communications has turned out to be quite resistant to transition from offices to homes. Photo by Marvin Meyer on Unsplash

Communication and digitals have greatly simplified and fantastically speeded up scientific collaboration. Suddenly, the boundaries and limitations in time and space of the pre-digital world fell down. The Internet, which began to develop in the academy, brought unprecedented academic freedom – freedom from limits regarding with distances and time.

Nevertheless, this has led to many new problems and conflicts relating to academic rights and freedoms.

Until recently, mass education based on digitalization was the lot of innovators or very advanced universities. Thus, the former rector of NRU-HSE Y. Kuzminov  compared  online education with the emergence of book printing. He pointed to the obvious advantages in digitalization of education related to the right to study and learn – the growth of potential audience and explosive increase in external educational online projects.

It seemed as online education could be a solution for Russia, whose territory is very vast. But the development of Internet access technologies at universities severely hampered this process. In formal education, distance/digital modes were used to obtain quickly and inexpensively a new university degree and certificates for new courses.

What did the digital bring to education?

The first digital educational text-books were just about how to organize communications and use software.

The situation today is not so optimistic with digital publications. The publishing industry, which has struggled with counterfeiting for centuries, is not responding well to the digital distribution channels. Thus, the obvious dissatisfaction with the price of subscription databases of scientific publications has led to the emergence of pirate services, in particular, Sci Hub, which, although    loses in courts, but still exists and causes disputes – how to resolve the obvious conflict between the right of access to scientific information and copyright?

Meanwhile the possibility of preparing a digital publication – without involving traditional publishers – has greatly simplified the work of scientists and students. The TeX  system, even before the appearance of visual editors, significantly advanced preparation of publications, and it remains nearly the only one for publications with a large number of formulas.

There was an opportunity to publish works “at a place” – on the digital resources of educational institutions.

Under the digital onslaught, universally recognized resources of publication have begun to appear, and preprints can be one of the example.

The simplicity to have a publication has led to mass access.

And this, on the one hand, violates the rules of the game, and, on the other hand, easily identifies violations.

In Soviet times, only those who had the access to the libraries with “Western” literature had the opportunity to pass off not well-known work – having translated it – as their own. Now, this opportunity is available for everyone. It is actively used by unscrupulous students, and even teachers.

Actually, as it turned out quite a long time ago, President Putin copied his dissertation  in 1997 from the book of American researchers published twenty years earlier.

But there was also the opposition to plagiarism: anti-plagiarism systems are now used by all universities. And in the case of scientists, the use of digital openness in search for plagiarism has a public resonance, like Dissernet in Russia and its analogues abroad.

COVID Is in Service for Digitalization

What used to exist in the niche of advanced edutainment has become a mass product. We have learned to perceive digital innovation as something natural and everlasing. Returning to offline classes was even more difficult for students than switching toward them.

The Internet as environment of scientific and educational communications turned out to be quite   resistant to the growth of the load and the transition from offline to online mode. A number of already published studies note that this kind of transition – against expectations – did not harm an educational process and generally successfully coped with the challenges of distance education.

Sanctions and Counter-Sanctions against Digitalization

The end of February 2022 fundamentally changed a lot. A variety of sanctions have been launched against digital education.

In general, it is about an academic boycott, which seriously raises the question about the prospects for Russian science and higher education development.

Sanctions. The fastest and most noticeable for university students was the refusal of Western companies of software and services to provide student discounts on their products. Discounts disappeared even before disappearing the opportunity to pay for the service online. Moreover, many IT-products use “cloud” technologies whose providing servers are located abroad.

There are the companies, whose products were used in education, excluded Russian users. The companies who did it are:

Western Universities and scientific institutes began to refuse to cooperate with Russian colleagues after the letter from the Union of Rectors “in support of the special operation.”

Separately, it is worth noting the statements of technological companies “one world – one Internet”: even a war should not destroy its unity. Later, public and human rights organizations called on not to disconnect Russia from the Internet in order to preserve the freedom of getting information.

The US administration has abandoned sanctions on the Internet sector. Nevertheless, they were voluntarily imposed by many Internet companies, primarily leaving the Russian market, as, for example,  Cisco did – one of the technologically important companies.

Nevertheless, the sanctions appear to have seriously affected those who are genuinely interested in digital education. The modern academy is not only the transfer of knowledge, but also the search for something new or overcoming the barrier to new knowledge. Obstacles in digital communication – as governmental and sanctions restrictions – are insignificant and easily overcoming difficulties.

The measures taken – from the discussed amendments for the law on education to the label of a foreign agent – have begun to influence the willingness to work in the educational digital environment with something new and especially foreign.

Learning from Own Mistakes

On the one hand, the refusal of Western providers to disconnect Russia from the Internet will allow to get acquainted with the latest research and trends. On the other hand, the aforementioned refusal of large companies and educational platforms to work with Russia is likely to slow down the development of many things in Russia.

Professionals and enthusiasts will be aware of what is happening. But there will be no one to help to introduce new things into practice. Some technologies – especially in the field of digital security – will have to be studied through experience and mistakes and it will repeat, under current conditions, the history of the emergence and development of the Internet in Russia.

Russia is slowly returning to the digital 90s. It will be not easy, not comfortable and good. We will have to remember not only how to teach, but how to learn as well.

Attempts for sharing knowledge in these difficult circumstances continue.  Free University, which began with programs in journalism, philosophy and constitutional law, launches educational projects that are in demand today by this new epoch.

Alexander Esavnin is an expert on Internet regulation and technologies in Russia, a lecturer of Free University, Moscow